Dante Federighi, a candidate for the upcoming CME Group board election, has proposed that the company start mining bitcoin and other cryptocurrencies to generate new revenue streams for shareholders. 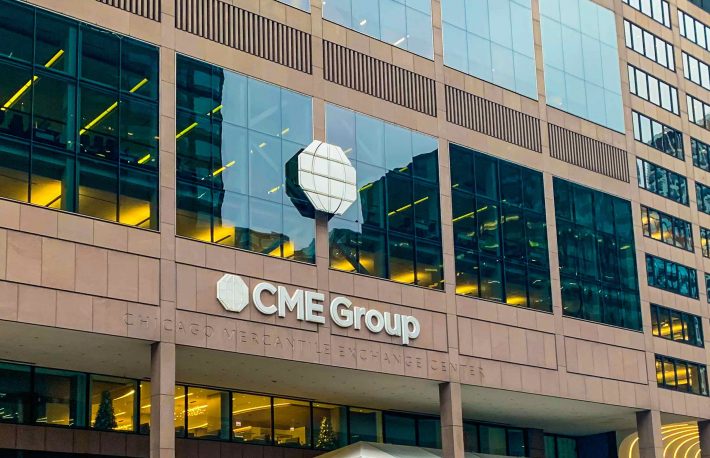 Federighi is the co-founder of Fortezza Forza RMC Fund LLC, an investment management company focused on short-term interest rates and energy products like crude oil. He was nominated as a candidate for CME Group B-2 class director along with three other candidates. Finally, the two B-2 candidates will be elected in the next CME board member election in May.

In a letter to shareholders submitted to the Securities and Exchange Commission (SEC) and issued this week, he outlined his vision for the company. CME Group is a derivative trading market. But Federighi believes the company should start investing in other businesses, including building power plants and using excess energy to mining Bitcoin as well as other cryptocurrencies.

“Some of our largest investors, i.e., BlackRock, are shifting investments to companies focused on creating value for all their stakeholders. The CME Group needs to get in front of this trend by building solar/wind/hydro energy plants to power our global operations. Then divert the excess energy to mine Bitcoin and other cryptocurrencies.”

The company can then convert cryptocurrencies into fiat currencies using the same service it offers transaction matching and payment, Federighi argues. In this way, CME Group has created another source of revenue for investors.

“While this seems outside of our core competencies, I’d argue this is our business: we, like the miners, match and clear trades. We’d immediately converted any newly minted crypto into fiat. The net-net is another new revenue stream for shareholders; deep knowledge in new technologies changing the global exchange landscape for the CME; and increased allocation to ESG-focused businesses by investors. That’s a win-win-win.”

The U.S. Department of Justice (DOJ) has accused many Venezuelan leaders, including President Nicolas Maduro, of taking advantage of political agencies, financial systems, and cryptocurrencies to conduct and conceal criminal activity for over 20 years.

According to an indictment released today, DOJ charged Maduro and 14 other Venezuelan officials with narco-terrorism, drug trafficking, and corruption charges. Officials alleged that Venezuelan officials sought to weaponize cocaine against the U.S. with the help of two members of the Guerzas Armadas Revolucionarias de Colombia (FARC), a guerilla group recognized as a terrorist organization.

Maduro and colleagues have allegedly conspired with the FARC in the past two decades to transfer cocaine into the U.S. community, according to U.S. Attorney General Geoffrey S. Berman. The indictment considers these activities and Maduro’s use of political institutions in Venezuela to continue giving them a “weaponized” drug trade against the U.S.

The release did not elaborate on how Maduro and others charged with using cryptocurrencies to conceal operations, nor named petro backed by Venezuelan oil or other cryptocurrencies.

However, Venezuela’s crypto general manager, Joselit Ramirez Camacho, is facing separate allegations from the Southern District of New York. The office alleges that Camacho engaged in a series of crimes in an attempt to evade the sanctions that the Office of Foreign Assets Control (OFAC) has imposed on Maduro and others. South New York County has also charged other leaders for trying to evade sanctions, including Venezuela’s vice president for the economy.