China is now ranked in the top ten nations that are leading in the adoption of digital assets, despite a severe crackdown and a prohibition on crypto-related services. According to the most recent statistics, there could have been a gap in the ban’s enforcement.

With an overall score of 0.535, the Asian economic powerhouse is ranked tenth in the 2022 global crypto adoption index, according to information released on September 14 by Chainalysis. 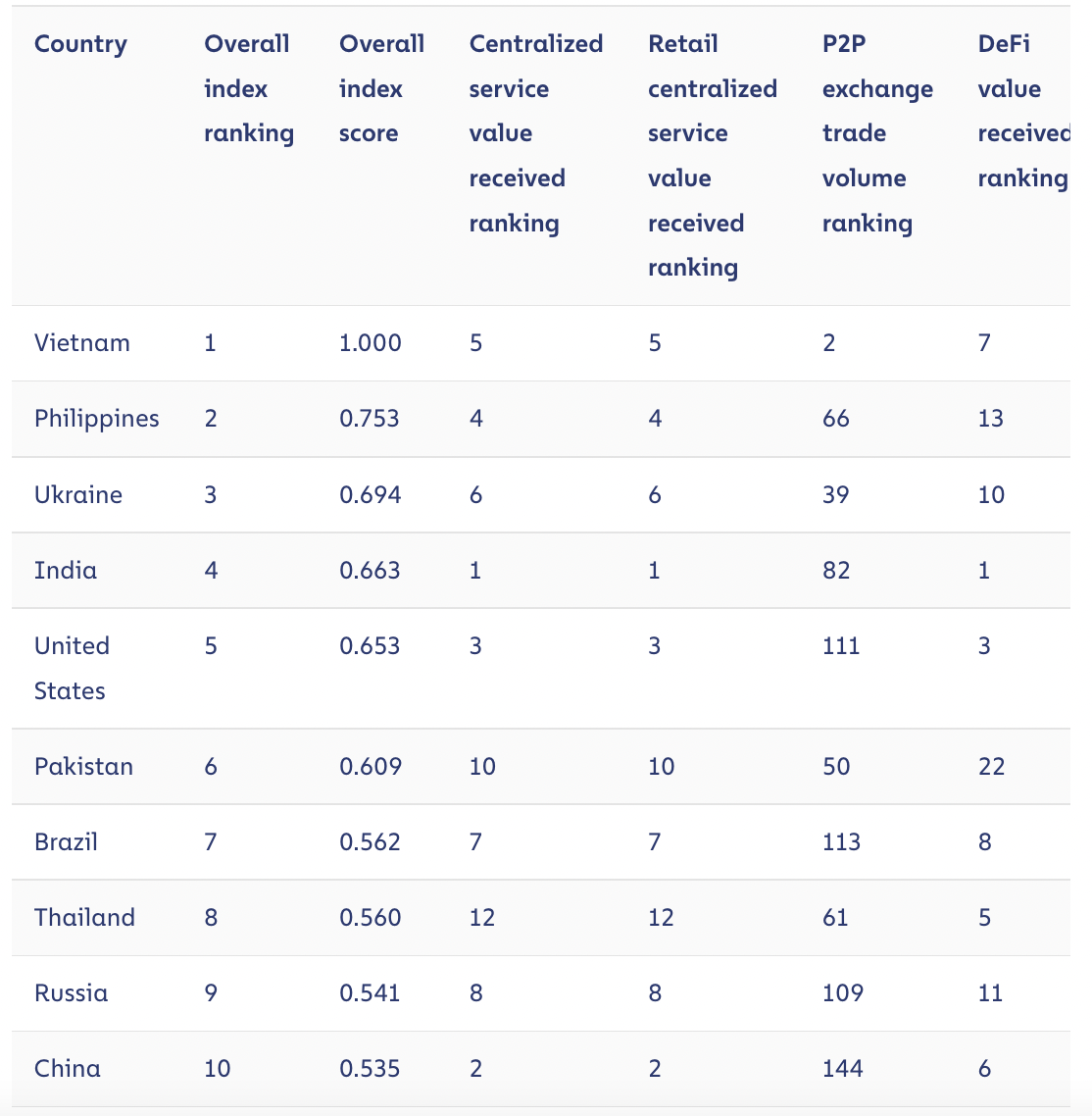 The research noted that China had recorded significant utilization of centralized crypto services affecting overall and retail investments. “This is especially interesting given the Chinese government’s crackdown on cryptocurrency activity, which includes a ban on all cryptocurrency trading announced in September 2021. Our data suggests that the ban has either been ineffective or loosely enforced,” Chainalysis said.

However, Chainalysis noted that the research did not factor in virtual private network (VPN) usage. This suggests that crypto traders have become less concerned about covering their tracks. At the same time, Chinese crypto investors are likely to get involved in crypto through related markets such as NFT tokens.

Notably, China started a trading and mining ban on cryptocurrencies last year on the grounds that the industry poses a risk to financial stability. Bitcoin values fell as a result of the action, and mining operations were also badly impacted. However, since then, mining operations have recovered as companies relocated to welcoming countries. Furthermore, Bitcoin reached an all-time high in November of last year.

Overall, the researchers found that while the bear market has been running since 2019, the pace of crypto adoption in 2022 has leveled out over the past year. At the same time, there are signs that investors who entered the cryptocurrency market during the bull runs in 2020 and 2021 are still counting on a potential recovery.

Ethereum finally switched to proof-of-stake, which is a major milestone for the entire industry

Sam Bankman-Fried can only speculate about what…

Investigations have been ongoing to determine the…

Ex-president of FTX US is seeking out investors to…

Sam Bankman-Fried said that the FTX was a bet gone…