For the past 72 hours, the DeFi industry has been buzzing with the events surrounding SushiSwap (SUSHI) and its chef, Chef Nomi, who admits to selling his SUSHI bag for about $ 11 million using Ethereum.

Twitter Crypto was rife with event commentary, with many pointing out that the project is too nascent to gain investor confidence levels, even though there are too many values ​​locked in SushiSwap.

Main Sushi developer made over $11M for selling his one week fork project SushiSwap and his response below is classic: 😂😂😂

“I don’t know. I am high right now.” pic.twitter.com/SSrWoEZzWL

In response to all FUDs on its act of selling all of its SUSHI, Chef Nomi gave a detailed explanation via a Twitter thread saying he did it for the community. He also pointed out that Charlie Lee did a similar thing with the Litecoin project.

“I did the recent move because I care about the community. I’m taking IL for you. But all I received was blaming and FUDing. Here’s what happened. The dev shares part of me. I converted them to $ETH. I stop caring about the price, and I will focus on the technicality of the migration.

People asked if I exited scam. I did not. I am still here. I will continue to participate in the discussion. I will help with the technical part. I will help ensure we have a successful migration.”

As noted by economist and market analyst Alex Krüger, the decision to exit the scam was leaked before the actual remittance happened based on the performance of the protocol’s native token. 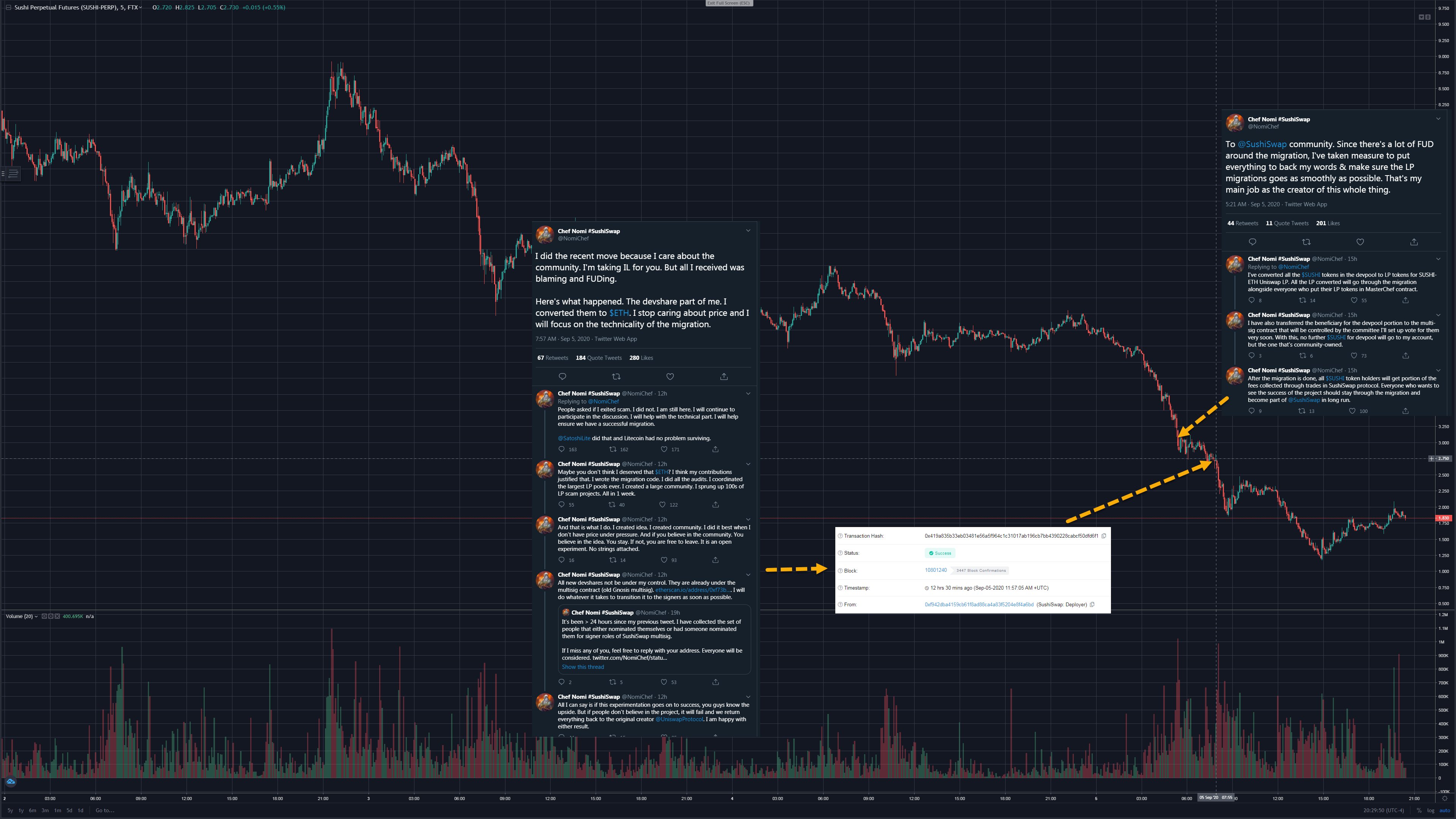 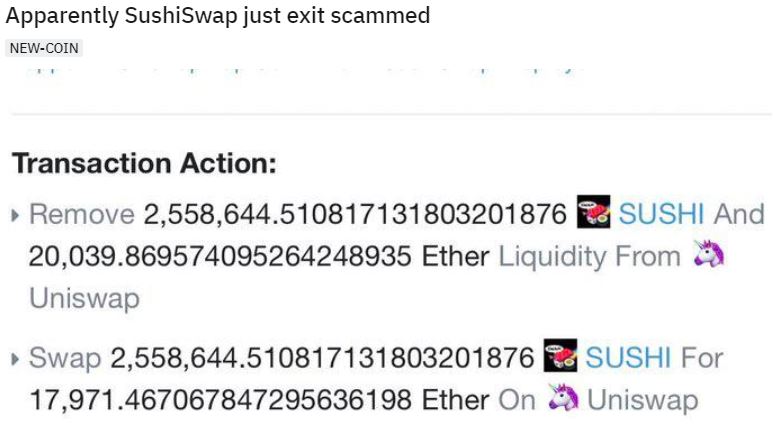 In another development, Chef Nomi transferred control of the associated protocol to FTX CEO Sam Bankman-Fried just a day after he was accused of cheating:

“I hope SushiSwap does well without me. Again I did not intend to do any harm. I’m sorry if my decision did not follow what you expected.”

In his tweet, Bankman-Fried, one of SushiSwap’s highest supporters, who made millions of dollars through “farming” SUSHI, says he will ensure that the move away from Uniswap goes as planned if he runs the project:

“To be clear, if it’s given to me, I’ll make sure migration happens as planned and transfer it to a real multisig.”

After the news broke out, everyone in the community seemed to support this transfer decision with BitMEX CEO Arthur Hayes tweeting: “Please save me from a bad SUSHI investment, Sam Bankman-Fried.”

At the same time, the price of SUSHI increased from $ 1.6 to $ 2.6 and is currently continuing to increase. 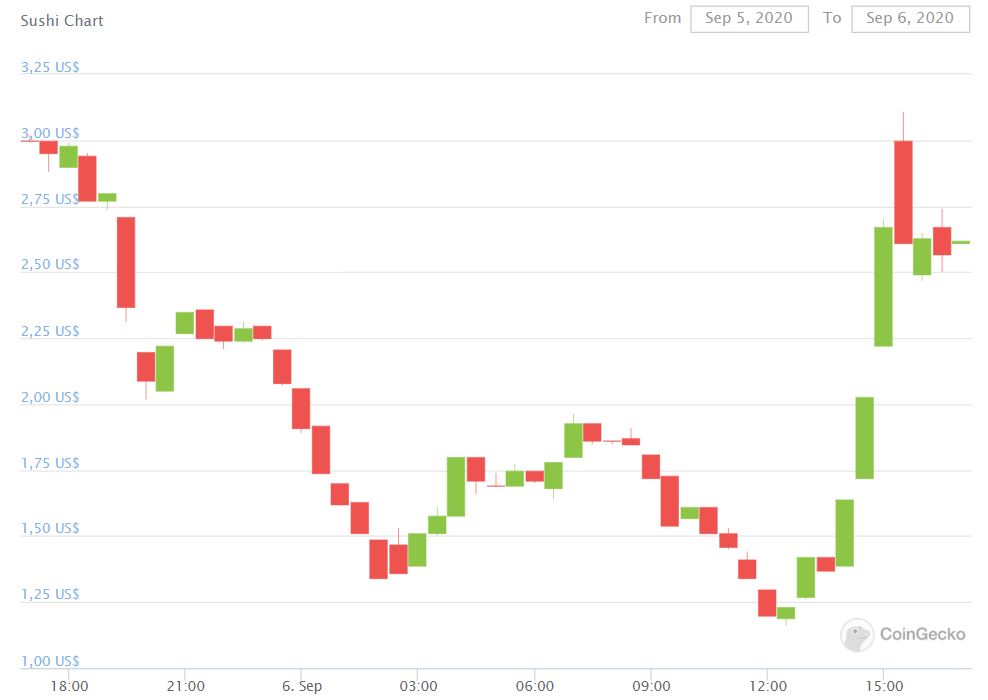