XRP and Cardano (ADA) have different fundamental properties from one another. These two alternative coins, which differ in market capitalization and total availability, still have some things in common, such as a strong community and the hope of its owners that the value of alternative coins will rise to $1.

XRP was designed to be used as a means of exchange for easing international payments and streamlining worldwide value transfers. By making them speedier and more inexpensive, this is accomplished. As an alternative, Cardano is an open-source cryptocurrency offering a strong platform for creating safe, scalable, and proof-of-stake-driven decentralized apps.

It has a layered design that makes it possible to separate the data layer and the smart contract layer, offering a distinctive and cutting-edge use of blockchain technology. The resolution of the legal dispute between Ripple Labs and the Securities and Exchange Commission (SEC), which has been going on since 2020, is keenly anticipated by the XRP community. The SEC charged the company and its officials for allegedly offering XRP as an investment without authorization and benefitting from these sales.

According to Ripple, XRP is a cryptocurrency, not a security. The matter is still pending, and no conclusion has been reached. However, there is a lot of hope that the lawsuit will be resolved this year and that the SEC’s research will provide more light on what qualifies as a security. Some investors think Ripple will win or the parties will reach a deal. This result would be essential for XRP to remain in the top 10 cryptocurrencies and be relisted on Coinbase. Brian Armstrong’s return to the platform could potentially act as a catalyst for the price of XRP, given the exchange has a track record of successfully increasing the value of listed cryptocurrencies. 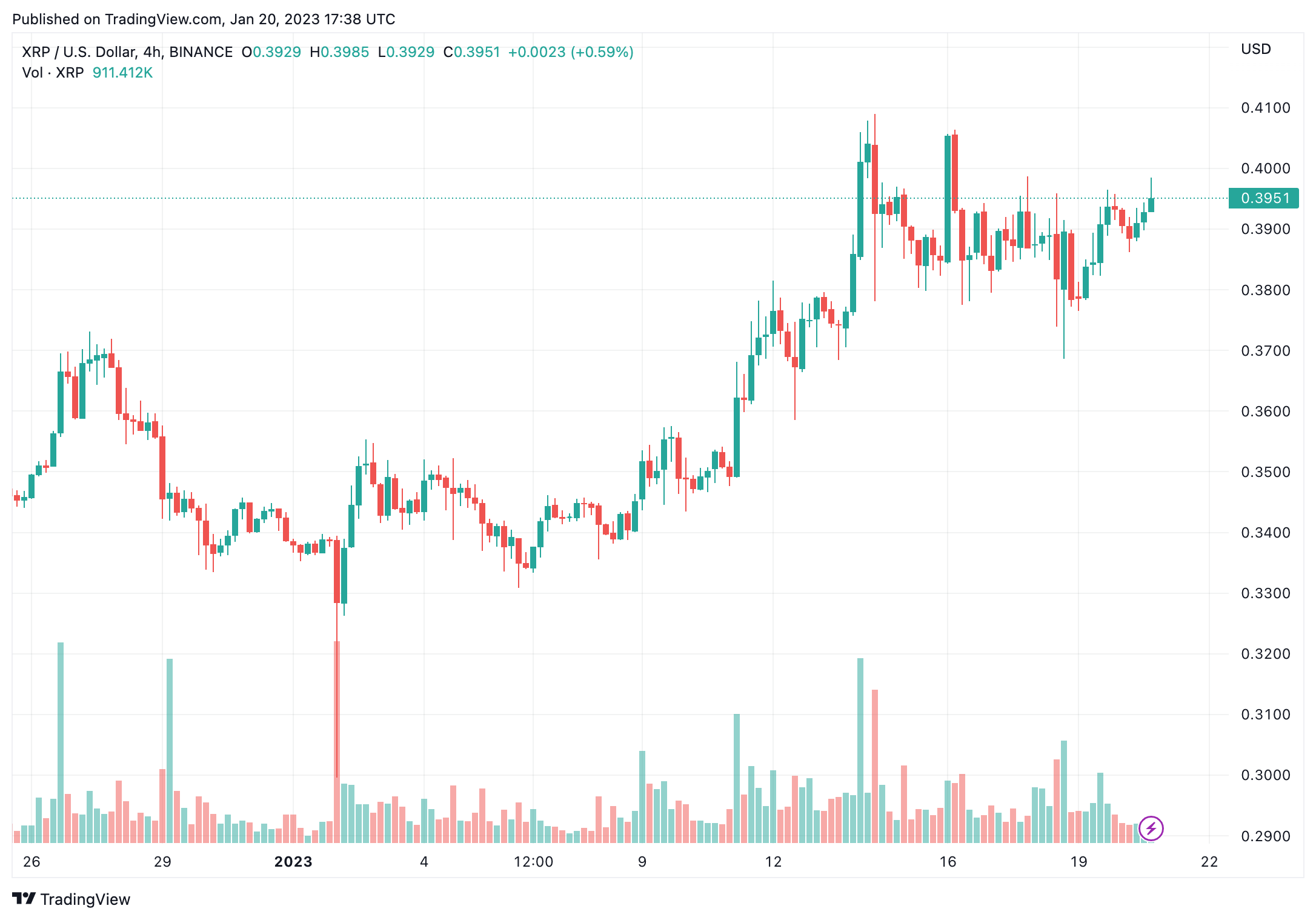 XRP is currently priced at $0.39, while ADA is currently trading at $0.33. Although there isn’t much of a pricing difference between the two alternative coins, their capitalizations differ significantly. Despite a 15% growth, the capitalization of XRP has stayed largely constant since the beginning of 2023. Nevertheless, its rise has been slower than the other top 10 cryptocurrencies.

The capitalization of ADA, on the other hand, has significantly increased by 33% since the year’s beginning. Suppose XRP’s performance continues to be substantially impacted by the outcome of the SEC’s judgment. In that case, Cardano may have an advantage based on the present trajectory of investor mood and capitalization growth. The Bitcoin market, it should be noted, is extremely volatile, and things can change very quickly.

The combined accounts of FTX, FTX US, and its affiliate trading company, Alameda Research, have $3.3 billion in various crypto assets, according to the crypto analytics portal Kaiko. One of them is XRP, of which the defunct crypto business owned tokens valued up to $29 million.

Firstly, FTX should have no problem liquidating their $BTC, $ETH and stablecoin holdings

Our data shows there is only a combined $4.5m of orders within 2% of current prices on CEXs

Holders of XRP need not be concerned about this locked-in volume, even though anything FTX-related has been considered toxic for the past two months. Kaiko asserts that the XRP price won’t be under any pressure even if these accounts are liquidated, which would mean that assets are dumped onto the market. This results from XRP’s purportedly fourth-best liquidity in the entire crypto market.

If XRP’s market depth gives the token a safety net, SOL, APT, TON, and FTT do not share this benefit. In the event of a potential liquidation of the accounts of the three, these crypto assets are probably going to suffer the most, according to Kaiko.

While SOL and FTT’s combined market value of more than $1.2 billion gave rise to such ideas, things are a little more complex with Toncoin (TON) and Aptos (APT). Given that the aggregate value of the APT and TON positions is $98 million, if the figures are to be trusted, the volume of bids for both positions on controlled exchanges does not surpass $4.5 million.

Debtors are being attacked on Twitter because of Sam Bankman-Fried

Ripple’s fate to be decided as legal decision…