There has been a lot of talk about the blockchain’s governance era Voltaire – a project built on the remnants of the Testnet Incentivized Testnet (ITN). In it, Voltaire will exist first as a separate chain and then as an integral part of Cardano, allowing users to submit and vote for everything from Cardano’s monetary policy to funding developers working on quantum-resistant algorithms. In it, Charles Hoskinson, CEO of IOHK, went into the process of creating Voltaire on ITN. He explained in his latest video the path it will take before it is fully integrated with Cardano.

Cardano has made great efforts in developing the governance platform

Although creating a protocol that allows the community to run Cardano, governance is the final stage of blockchain development. The reason why IOHK has been so involved in management over the past few months is that Voltaire is being built on the current Testnet Incentivized Testnet.

In his latest YouTube video, Charles Hoskinson digs deep into how IOHK is dealing with Voltaire.

“Creating a strong governance system required answering two main questions — who pays and who decides in a decentralized network. Protocols live within a broad environment.” 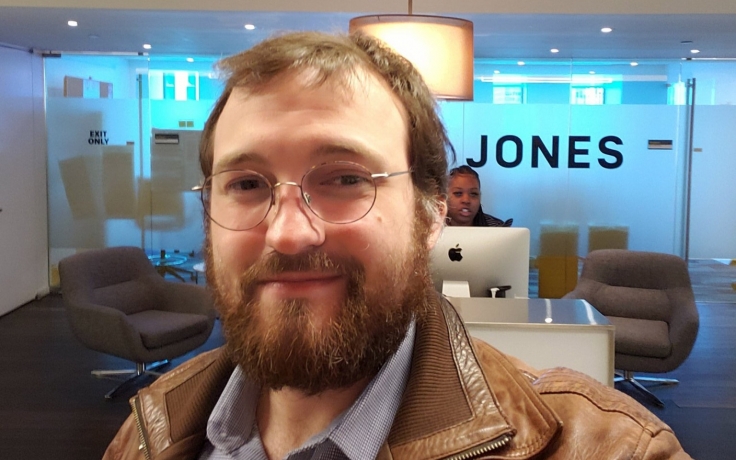 While they might sound simple, the answers to these two questions will form the very foundation upon which a decentralized governance system will grow and evolve. There’s no such thing as a single Cardano protocol — the Cardano ecosystem consists of a network protocol, ledger rules, and consensus rules, all of which represent IOHK’s best estimate as to how a crypto project should look like. All of those things, however, change over time, which means that everything else has to evolve alongside them as well.

When we talk about protocols that live in the origin of a decentralized system, suddenly, you have this big question mark that exists. Since Cardano is built on the notion that it represents you, the end-user, it seems appropriate that it will be the user that decides the fate of the blockchain.

“Voltaire isn’t a separate governance protocol — created a catch-all term for a collection of utilities, concepts, and experiments that allow Cardano users to collectively make decisions about things such as changes to the blockchain and fund spending.”

The first idea of ​​storing Voltaire on ITN reappeared in February, where IOHK decided that it should be used as a coding base that could grow and develop. With lots of election science and other governance concepts, IOHK decided to include them all in ITN and continue to improve them until they can run in parallel with Cardano.

Depending on how tested, it will grow into a chain of authorized or unauthorized parties to monitor the Cardano leading network and give a set of ADA owners the ability to vote for changes. The Viking test sandbox, Hoskinson called it, will see new capabilities and concepts added after six to eight weeks.

Charles Hoskinson: The best way to start with a complicated concept like Voltaire is to start simple

According to Hoskinson, that’s why the main focus of the Voltaire launch is voting. A vote is nothing more than a sponsorship proposal, which anyone can submit online for approval. To avoid creating an entirely new system to submit proposals from scratch, IOHK has partnered with Submittable.

In order to create an efficient and effective system, IOHK needs to devise a sorting mechanism to eliminate spam and potential attacks. This problem has been solved in two ways, with a pre-filter and innovative innovation management concept.

However, the basic idea behind this is that a community of experts should scrutinize the votes. However, these experts will not be able to reject the vote, but will instead attach metadata to the suggestions, stating their thoughts and opinions. Third-party vendors will be responsible for providing them with appropriate incentives to take their responsibilities seriously.

The soft filter then launched a two-stage voting round in which the community would decide the fate of the proposals. The system will include a priority vote and then a threshold vote.

Although all Cardano users can participate in the administration process, they will need to register their votes to become eligible. Voter registration will allow both users and IOHK to understand better what the decision threshold will be and how to exclude certain actors from the voting process.

“The way IOHK managed to solve this problem was rather simple—by introducing a token locking mechanism. A vote on the governance of Cardano is initiated by a transaction that locks users’ ADA for a certain period of time. This transaction generates a new address and new metadata.”

Although it has not been decided how long this will last, Hoskinson says it could be in just a few eras of no more than a few days. Because it keeps users’ money safe because even if these addresses are compromised, the worst thing that can happen is that someone can vote instead of the user. Second, if the only way for users to vote with their own money is to block them, then exchanges will be automatically removed from the voting process. Exchanges are regulated to have accounts on demand, meaning they must have user funds available. Blocking them, even if it is in the voting mechanism, would be a significant breach of regulation, no exchange can be risky.

However, it is still unclear when Voltaire will become an essential part of Cardano.

“IOHK is still in the process of deciding whether Voltaire will be completely merged with Cardano through a hard fork or stay a separate chain connected to Cardano with an interoperability bridge.”

What is SwissBorg (CHSB)?