Chainlink price has been struggling to break above $11.00 throughout the past few days and weeks. This level has become a strong resistance for the cryptocurrency, and both bulls and bears have largely reached an impasse. Although Chainlink has a history of forming price trends independent of the rest of the market, it has lost some of this independence over the past few weeks as it begins moving in lockstep with Bitcoin.

LINK is currently trading down 50% from its recent highs that were set roughly one month ago. Despite the intensity of the downtrend seen following the rejection at these highs, the cryptocurrency has been entering what appears to be an accumulation phase, which indicates that the base of support it is forming below $10.00 could act as a launchpad in the coming few weeks.

At the press time, Chainlink is trading up just under 3% at its current price of $10.7. This is around where it has been trading throughout the past couple of days. Until it can gain some strong momentum that lifts it past this price level, its near-term outlook remains somewhat unclear.

If this level is broken above and confirmed as support, then the cryptocurrency could be in for some serious upside. Because of its close ties to BTC, its next trend may depend largely on that of Bitcoin.

While sharing his thoughts on where the crypto might trend in the near-term, one analyst said he expects it to see a move up towards $16.

He points to a triangle pattern formed in the time following its decline from its $20.00 highs as one technical factor that may play a role in this movement.

“LINK – Starting to look very interesting. This is one of the few altcoins I’m currently in a swing trade for. Adding down to $9.85 if possible. As well as adding more size to the position on a break of Diagonal Resistance. Targets: $13.7 & $16.48… Clear invalidation.” 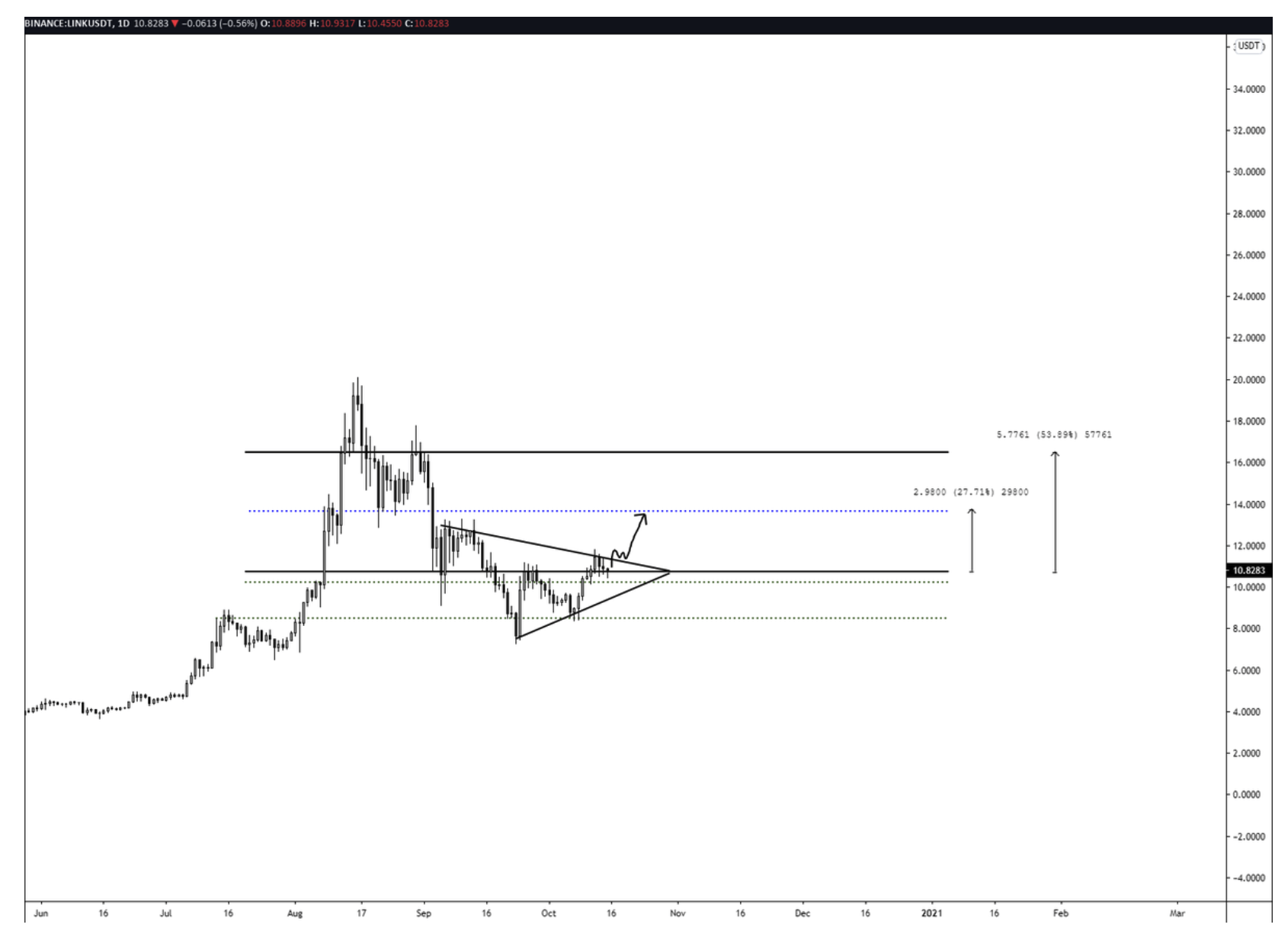 Unless Bitcoin sees a sharp downturn that drags LINK lower with it, the coming few months will likely favor Chainlink bulls.

Impact of Covid-19, Berlin-based Room 77 – the first to ever accept Bitcoin has permanently closed

Beam is integrating Chainlink Price Feeds to help its…

Chainlink price could be on the cusp of seeing…

Matic Network has integrated Chainlink natively on its…

On the 27th of November, CF Benchmarks revised its…

Chainlink price has been quite positive, noting it is…