Chainlink price action has been quite grim as of late, with it facing unusual inflows of selling pressure as investors begin jumping ship. The mass exodus of capital away from the cryptocurrency has caused its price to decline from highs of $20.00 that were set just a matter of weeks ago, to lows of $7.80 tapped earlier today.

This is a significant decline and indicates that the previously bullish altcoin’s macro market structure is beginning to degrade.

It is important to note that LINK has seen parabolic advances and drawbacks similar to this one in the past, but it often takes it quite some time before it can resume its bull trend.

At press time, Chainlink is trading down over 6% at its current price of $ 8.21. This marks a notable decline from daily highs of $ 9 that were set around this time yesterday.

The crypto has been facing relentless selling pressure ever since its price peaked at $20. The parabolic rally up to these highs was positive and led many analysts to anticipate further upside. That being said, the selling pressure placed on the token once it broke into this price region was tremendous, and it has been sliding lower ever since.

One trend to consider in the near-term is the mounting open interest for Chainlink across carious futures platforms. This could indicate that a big move is brewing. 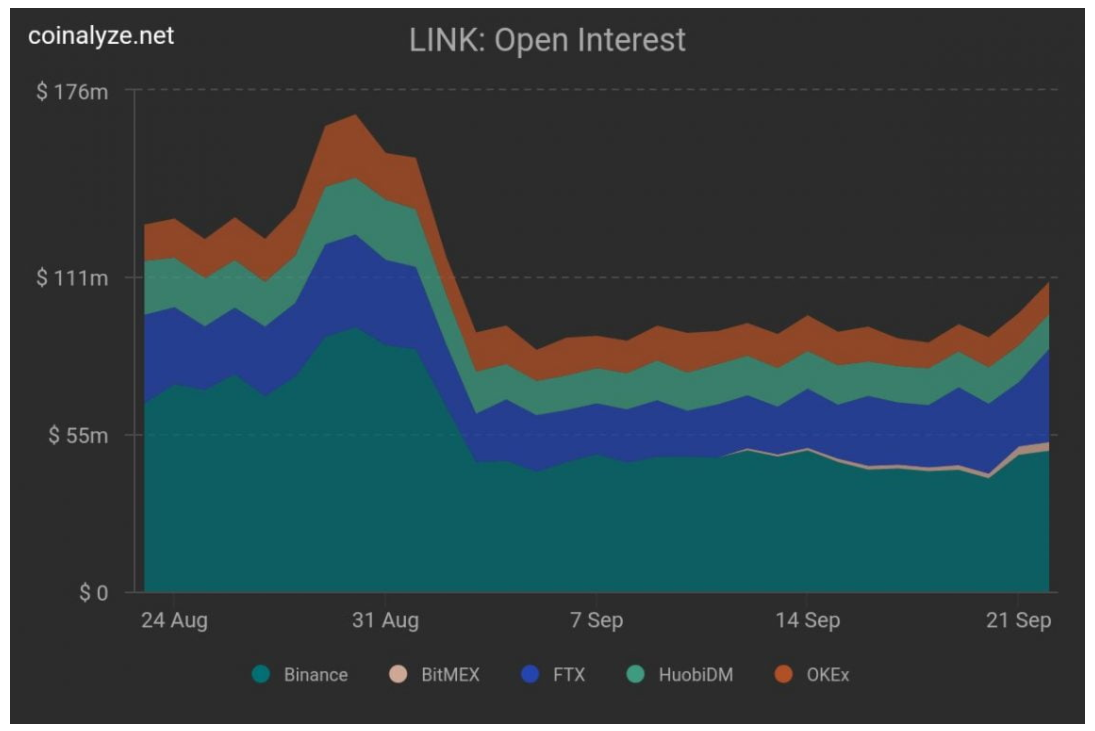 While speaking about the cryptocurrency’s near-term outlook, analyst Calmly explained that Chainlink might be nearing a crucial support level that could spark a bounce.

“Chainlink – Very eager to take some spot longs on the link at the only reasonable support it has left.” 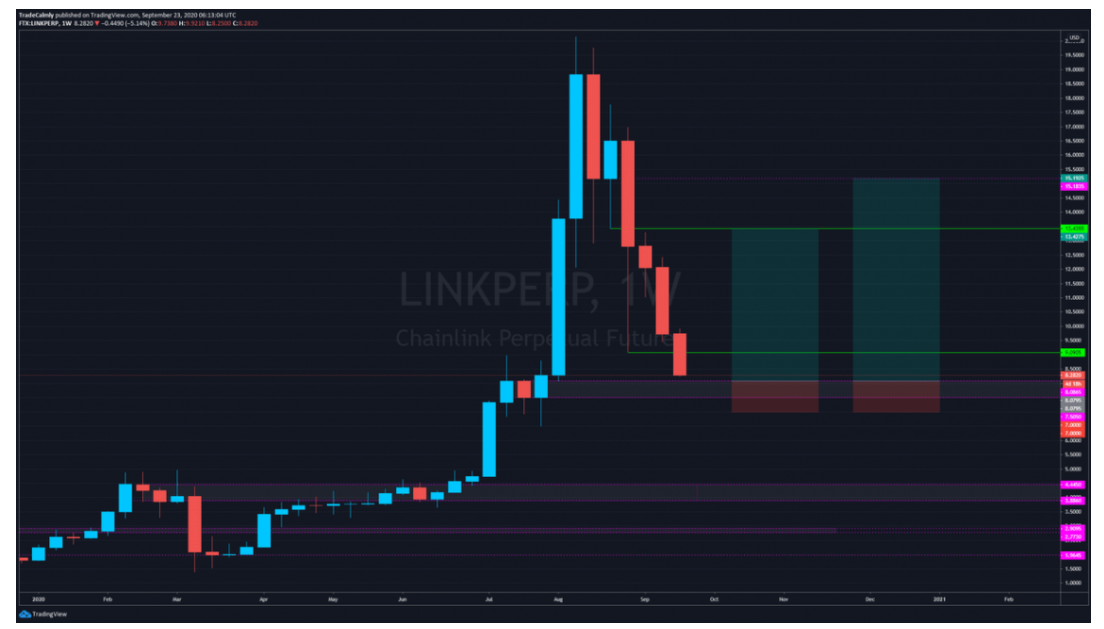 It appears that Chainlink’s current price action is somewhat detached from that of the aggregated crypto market. As such, where it trends next may not depend on Bitcoin and other major altcoins.

You can see the Chainlink price here.