Chainlink price has just set a record for the most bullish daily green candle since 2020 started. The 24-hour gain beats every day’s rally leading to the asset’s current all-time high. It has also kept a bullish flag formation that could take Chainlink to $ 25 and another new price high before the year ends. This is why technical analysis can indicate cryptocurrencies will continue to rise higher. 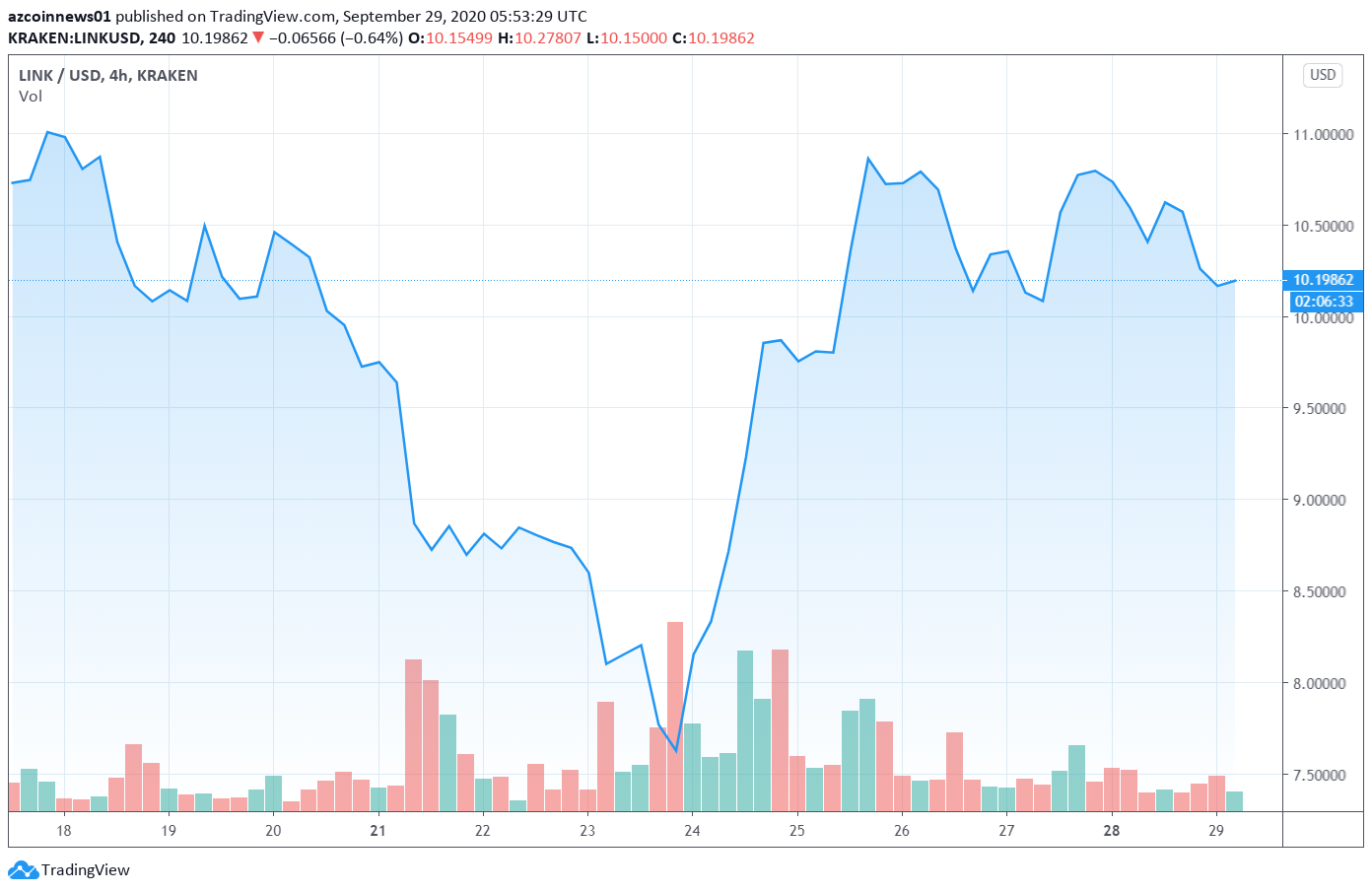 Chainlink is a cryptocurrency project focused on decentralized projects that have taken the market by storm since its launch. This altcoin emerged from the bear market and has never experienced an asset bubble to tarnish its reputation.

It has allowed this remarkable fortune to continue to shine and to continue to set new highs year after year. It also resulted in the cryptocurrency outperforming the rest of the space by a significant margin.

It has also helped Chainlink increase its ranking in the top ten crypto markets by market cap and set this year’s all-time high more than four times its previous peak. And even though Chainlink is down 60% from its high, its final peak in 2020 may not be included yet. From a 60% drop on the LINKUSD price chart for three days, the record rally closed a bearish candle engulfing the price after bouncing at the support zone.

The rebound also keeps the extremely bullish chart pattern alive with a target of $ 25 before the end of the year.

A bullish chart pattern that remains strong is known as a bullish flag, and it includes a large bull followed by a downward consolidation. The initial spike caused what is known as the flagpole, surprising investors in a bearish trend by executing stop losses and higher gains supported by volume. From there, price action subsides, consolidates, and even drops to tantalize the drooling bear in the next push lower.

However, instead of falling lower, as Chainlink did recently, the asset bounced from its lows towards the upper trendline. That’s when LINKUSD will meet the previous support sideways resistance and attempt to scale above the higher.

The rising flag goal is achieved by measuring the flagpole and applying it to the breaking point. The flagpole on the way up is a demonstration of more than 165%.

And while another similarly sized rally might follow, the rule of measurement isn’t always 100% perfect. The bullish flag that previously broke up had much less consolidation and overall volatility, and it started with a 115% gain from an ascending triangle.

As a rule of measurement, that ascending triangle should result in an ROI of around 136%. The average of the previous three rallies, it gives us an estimate of a potential 140% gain to $ 25, should the pattern break out in an up direction. It is also interesting to note that the record recovery took place at an uptrend line that originated from the bottom of the Black Thursday wick. A rebound from that trendline produced two continuation bullish flags.

With another bounce in progress, we’ll soon find out if it’s a dead cat bounce or a refuel ahead of an all-time 2020 high.

Due to the public nature of the hacker’s Ethereum wallet address, analysts can closely monitor all of the hacker’s transactional activity. After selling off a significant amount of their smaller altcoin reserves, it now appears that they are moving to sell their Chainlink.

In total, they stole roughly $2 million worth of the cryptocurrency.

While speaking about this, one analyst pointed to the small LINK transactions as a sign that this will be the next token they dump.

“Hacker going for LINK next by the looks of it. Only got ~$2m of it. This guy is the most meticulous dumper I’ve ever seen. Test transactions, TWAPing, etc. 36hrs, 15m of 150m liquidated.”

Chainlink is now one of the largest and most liquid altcoins available to investors. As such, $2 million in selling pressure shouldn’t have too much of an impact on its price action, besides possibly sparking a short-term downtrend.

The aforementioned analyst also spoke about this, noting that any downwards price movements that LINK sees in the near-term are more than likely just related to general market movements.

KuCoin hacker is liquidating his $LINK. Nothing to be concerned about given links liquidity. Any price movements are most likely more in tandem with the general market and little to do with this.

A sudden influx of sell orders may create some short-term pressure that pushes Chainlink lower, but it shouldn’t alter its mid-term trend.