Chainlink is emerging as a “scapegoat” for famous Bitcoin traders. At least one of them has openly stated that they will use DeFi tokens, Altcoins, as a hedge against Bitcoin’s decline. To put it simply, if Bitcoin’s price goes above and holds above $ 13,000, traders will likely continue to hold Bitcoin while using other altcoins to compensate for losses, such as using Chainlink prices to do goods fences.

Covered for 1.5ish% profit, looks like bitcoin is going to teleport up, don’t want to be short everything

Is Chainlink price influenced by traders’ decision to use it as a barrier?

This year alone, LINK grew 560%. This largely depends on the trading strategies; the good news is revealed from the team. There is a rather special trading strategy – a trader shorted asset A while previously longing asset B. It’s not clear if this strategy is working, but it seems people are turning the trick around by placing one asset against another.

On the one hand, this shows traders’ willingness to continue to hold Bitcoin, especially when the cryptocurrency is included in the portfolios and services of leading corporations and funds. Such as PayPal, DBS, Square, etc. ). The long-term bullish outlook also opens up thanks to a $ 2 trillion stimulus from the US Congress following the November 3 presidential election.

Similar sentiment has driven the Bitcoin Dominance index – a metric for measuring Bitcoin’s market power relative to the rest of the market. This metric has increased from 57.21% on August 31st to 63.2% at the time of writing. In a nutshell, this shows that Bitcoin is siphoning more capital out of the altcoin market ahead of the US election. 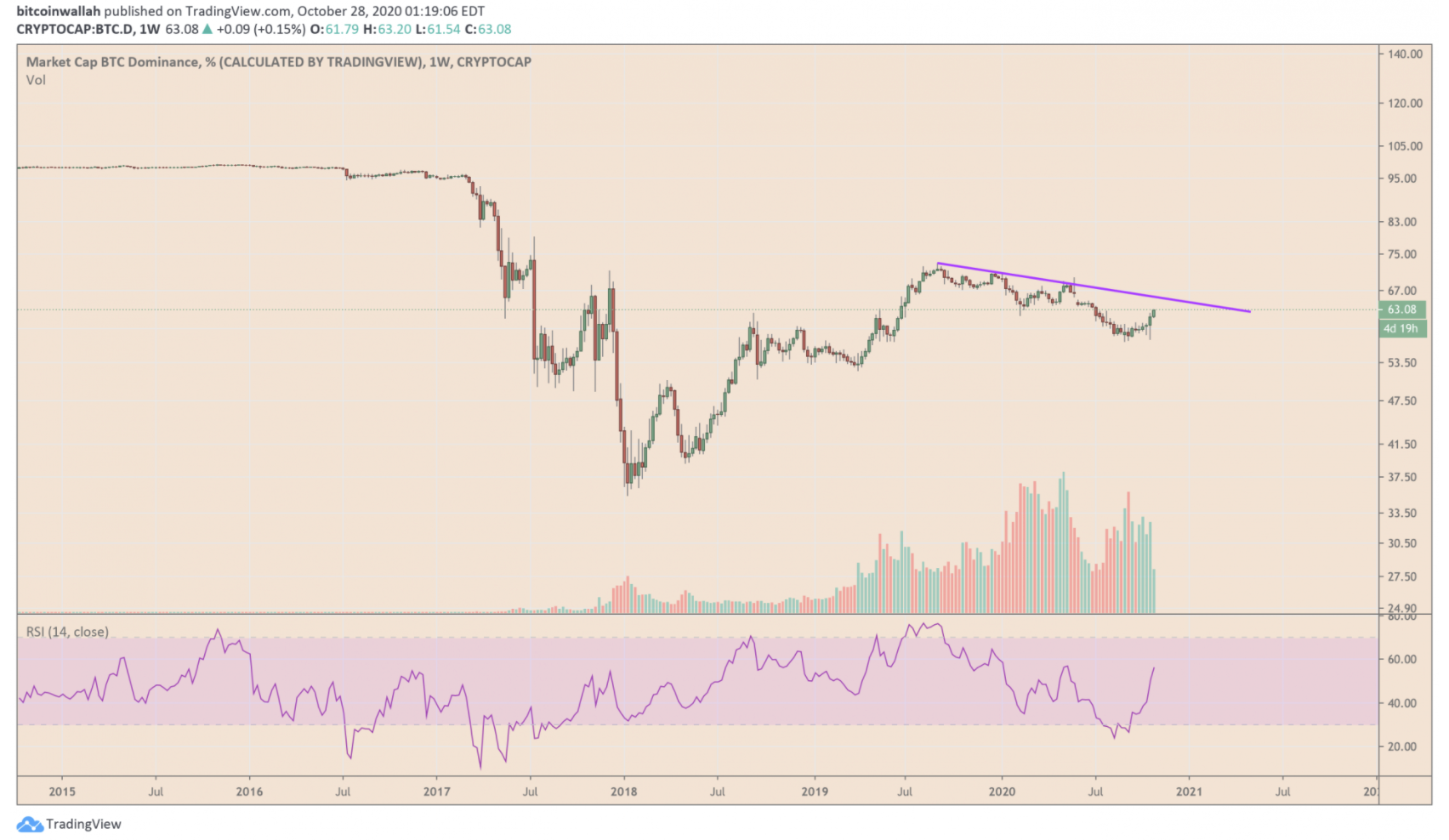 That further explains some traders’ Chainlink short trends so they can continue to hold their Bitcoin investments. However, the vast majority of people have yet to disclose their short-term goal – the level at which they will repurchase Links at a lower price.

Even so, according to trader Flood, he himself defended his Chainlink short orders with a return of 1.5%. Furthermore, he also revealed he wouldn’t be shorting things for a while as the Bitcoin price will continue to rise.

Like Bitcoin, Chainlink stands high as a trustworthy decentralized financial project. Chainlink announced integration into 112 new partnerships by 2020 and has amassed around 200 collaborating companies since the launch of the mainnet. Furthermore, Chainlink has a working product, with nearly 30 projects already utilizing its feed solutions. Therefore, these are the factors that drove the demand to buy LINK tokens.

Essentially, Chainlink is currently one of the most powerful blockchain-enabled projects.

Deutsche Telekom AG is now one of the main data…