Chainlink price saw a speculative wave yesterday that came after a multi-week downtrend. This happens in the form of a sharp drop that sent its price reeling from as high as $ 20 to as low as near $ 7 before it found some strong support. However, the rally seen from its overnight lows could still mark a long-term bottom.

Since dropping to the lower zone of $ 7.00, LINK’s price has been able to climb to higher levels of $ 9.00. Due to the magnitude of the move, an analyst who previously predicted a decline in investment is now predicting that Chainlink may now be forming a long-term reversal. If so, then it could soon start a new uptrend that leads it back to its previous highs. 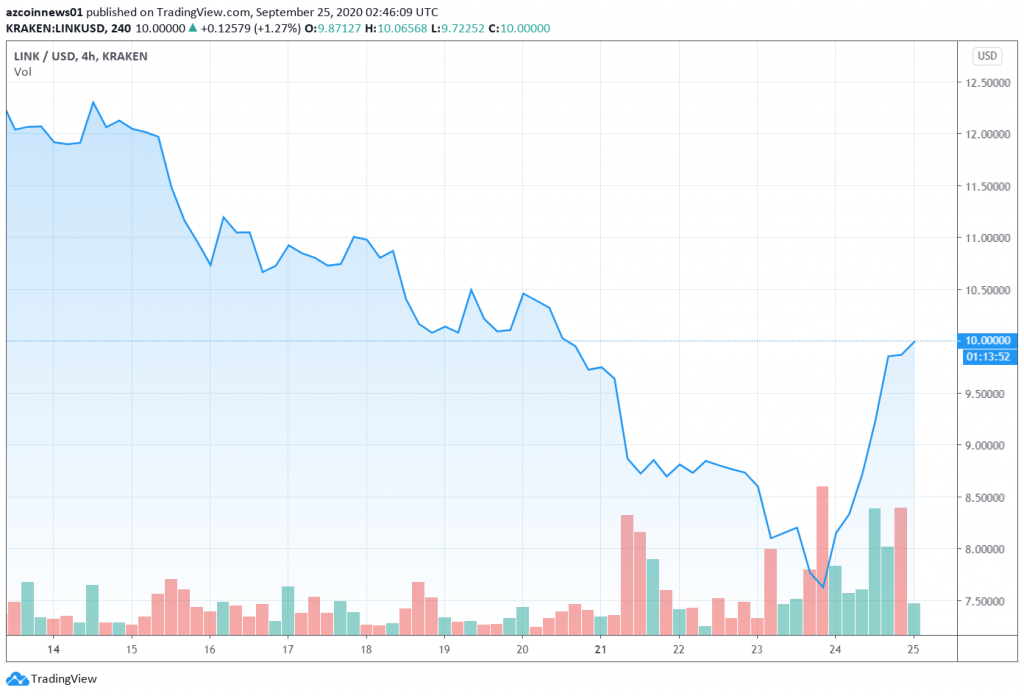 Chainlink price increased by more than 20% during the day

At press time, Chainlink is trading up over 20% at its current price of $ 9.81. This marks a significant climb from its recent low of $ 7.4, which was placed at the bottom of the recent sell-off.

These lows come in the form of an abrupt drop, as LINK was previously consolidating around $ 8.50 before it was under heavy selling pressure that caused its price to plunge. These lows have been probed twice before the bulls take control and bring it to current prices. Its strength is showing little signs of slowing down, showing how oversold it was today.

While talking about the strong response to $ 7.40, Bitcoin analyst Jack closely watched Chainlink’s downtrend and explained that it seems like this could mark a trend reversal.

“I always appreciate a bounce – given a chance – to get out at breakeven when your setup failed, and the price started [moving] around where you did not want it to. That said, this looks good for a reversal…”

If Chainlink can maintain its current momentum, the token can be well-positioned for even more significant gains in the coming days.