Over the past few days, the altcoin market has seen some negative fluctuations, but this level is not too large. Anyway, this doesn’t change the fact that Chainlink price is down 3.1% in just 24 hours, trading around $ 10.4. Meanwhile, Bitcoin price increased by more than 4% at the same time.

According to CoinGecko, LINK has dropped about 10% in just the past week. During that same timeframe, BTC has increased by more than 7%. Analysts think Chainlink is outperforming BTC in the coming days and weeks. This happened after LINK increased in price much higher than Bitcoin in recent months.

According to crypto trader JJ Cycles, LINK forms some bearish signals when trading below two key moving averages held as support during the rally. Furthermore, Chainlink also forming a pennant/triangle pattern that seems poised to break to the downside. And at this point, it is expected that LINK will decrease by 25% – 30% compared to Bitcoin. 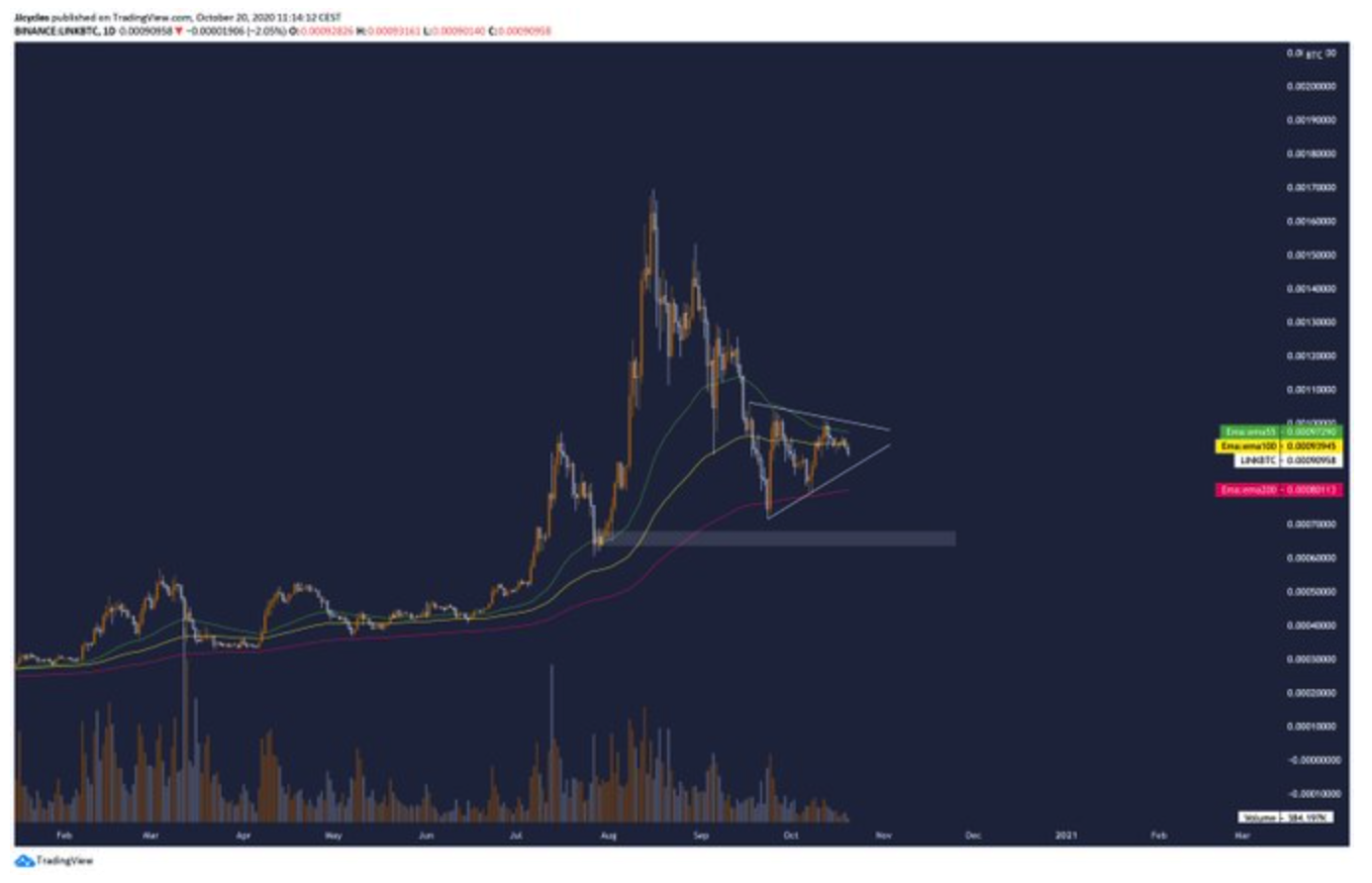 Not only Chainlink, but other Altcoins will also fall even further.

“$BTC going up swiftly is not only not bullish for alts, but it’s bearish. reasons for this are myriad but boil down to the fact that money is a coordination game and Bitcoin is the Schelling point; this is independent of how you feel about it, the community is literally irrelevant.”

Capital from altcoins may remain largely in Bitcoin until the coin has a regional distribution of between $ 40,000 and $ 70,000 in the future.

OKEx P2P platform will resume trading on October 21 for CNY, INR and VND

Beam is integrating Chainlink Price Feeds to help its…

Chainlink price could be on the cusp of seeing…

Matic Network has integrated Chainlink natively on its…

On the 27th of November, CF Benchmarks revised its…

Chainlink price has been quite positive, noting it is…

Chainlink’s high funding rates as one reason why…