The most important and influential figure of the Terra ecosystem (LUNA) and stablecoin UST, CEO Do Kwon, has announced new changes to this model. However, at this same time, it was quickly discovered that Kwon was behind earlier failed stablecoin Basis Cash, an algorithmic stablecoin project founded by the anonymous “Rick” and “Morty” in 2020.

Since Kwon first spoke out after the collapse of LUNA and stablecoin UST de-peg, will history with Basis Cash repeat?

After many hours of silence, CEO Terraform Labs finally announced the latest information about the project’s status. Specifically, Do Kwon sent a message to community members and investors Terra (LUNA) and stablecoin UST in the last 72 hours and acknowledged that the UST price has de-peg to 0.5 USD instead of having to maintain the inherent level of $1. 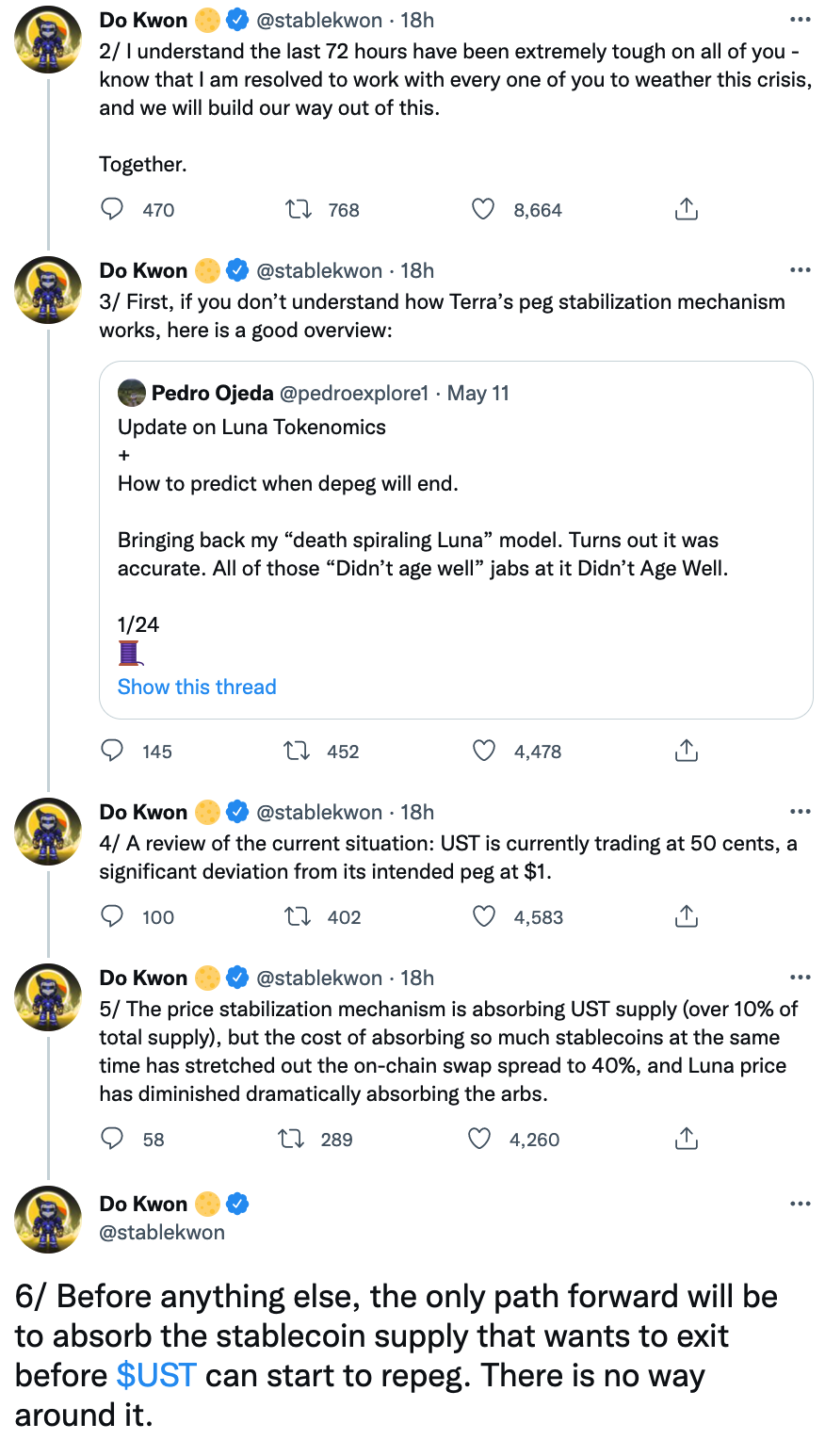 Kwon said that when UST de-peg, some of the investors transferred UST back to LUNA exactly like this algorithmic stablecoin, thereby cutting the supply. However, during this time, a large number of conversions and the strong dump of LUNA caused both of them to be caught in the spiral of death. Kwon then proposed ways for Terra to acquire UST and reduce the supply in the market, including increasing the amount of LUNA that can be minted daily up to $1.2 billion in exchange for the amount of UST collected.

UST and LUNA holders will likely suffer heavy losses, but we will explore other ways to get liquidity into the ecosystem and subsidize UST. In conclusion, Do Kwon praised the Terra community as the most vibrant in the crypto market, with hundreds of development teams. With the support of the Luna Foundation Guard, we will all get through this difficult time together.

Basis Cash (BAC) was seen as a resurgence in the DeFi market when it launched on Ethereum in late 2020, right before terraUSD (UST), Terra’s flagship stablecoin. Like UST, BAC has maintained a $1 peg through token, not collateral.

And then it failed. The token of the long-abandoned project never hit its dollar target, which fell below $1 in early 2021 and traded below $0.1. History seems to be repeating: UST has sunk deep below its anchor over the past three days, as low as $0.27.

According to Hyungsuk Kang, a former engineer at Terraform Labs (TFL), Basis Cash is a side project of some of Terra’s original creators, including himself and Kwon. Kang eventually left TFL to build a Terra competitor called Standard Protocol.

“Basis Cash wasn’t tested at the moment, and we weren’t even sure it would work. Kwon wanted to just test it out. He said that this was a pilot project for doing that”, Kang said.

Kang and several anonymous employees revealed Kwon to be “Rick Sanchez,” the pseudonymous co-founder. After reviewing the internal chat log “Basis Cash Korea (BCK)” in which Kwon refers to himself as “Rick”. So, Basis Cash, an algorithmic stablecoin project founded by the anonymous “Rick” and “Morty” in 2020, was actually the work of Terraform Labs employees. 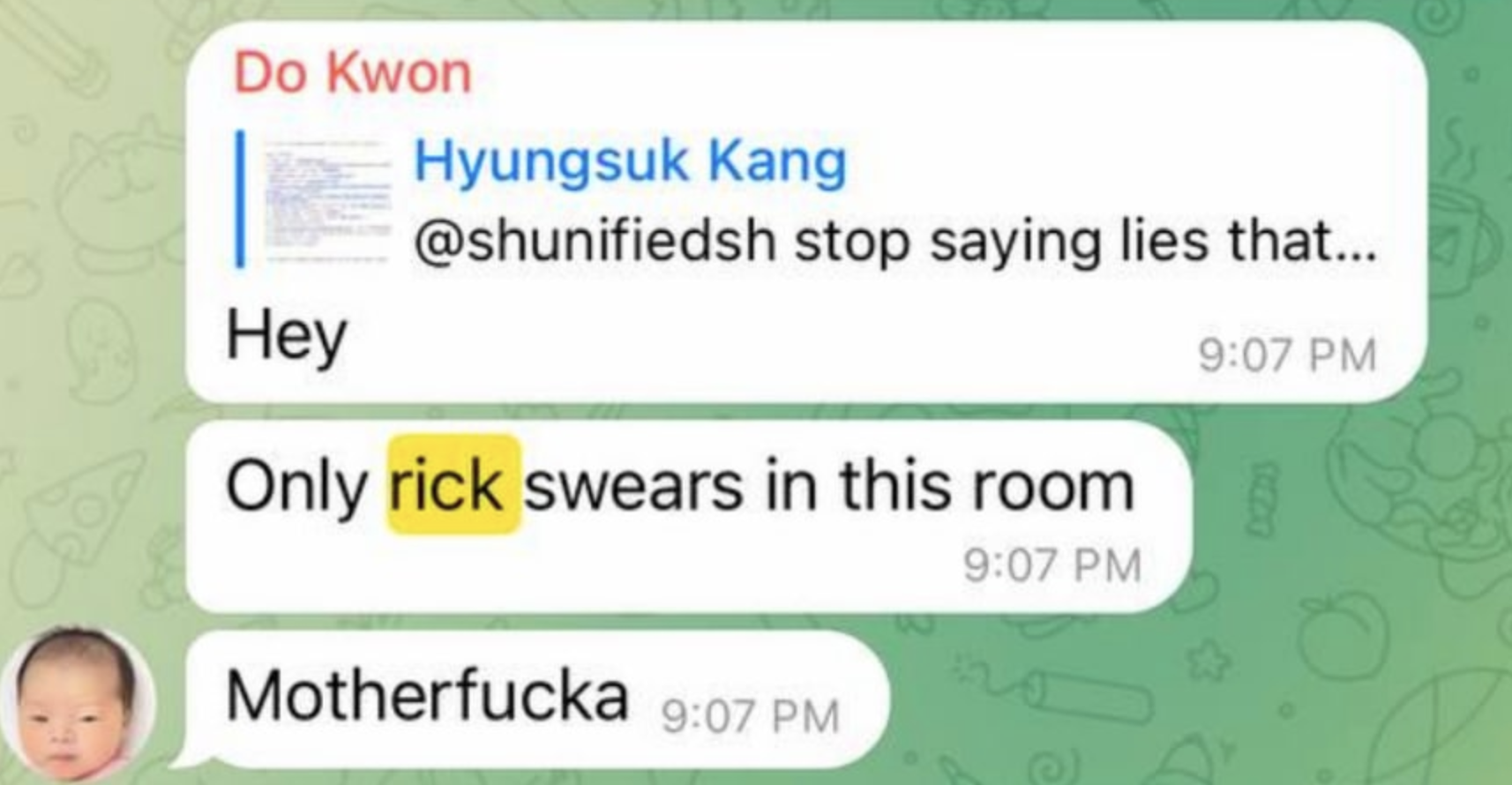 Amid this precarious situation, investors need to know that UST is not Kwon’s only attempt at making an algorithmic stablecoin work.

The circulating supply of Terra (LUNA) has continuously…

Over $1 billion on Anchor Protocol liquidated in just one…

3 metrics provide an overview of stablecoin topography after…

Texas has ambitions to become the most important cryptohub…

SEC does its best to protect Hinman’s emails in the…

Stablegains is facing a lawsuit after losing $44 million of…

Bitcoin and Ethereum continue to trade almost in tandem with…

According to Santiment, three metrics provide an overview of stablecoin topography during and after the TerraUSD…
Altcoin News

According to IntoTheBlock, Dogecoin (DOGE) returns have increased slightly to 53%, after falling below 50%…
Bitcoin News

Bitcoin price was down by 3% over the past 24 hours and is roughly flat over the past week. At the time of writing,…
Breaking News

What’s the future of DeFi? How can blockchain projects shake the reputation for being bad for the environment? What…
Breaking News

Cryptocurrencies, which have always been associated with decentralization, have logically never had a centralized…
Breaking News

Ripple has announced a $100 million investment in combating climate change. This funding will help accelerate the…
Loading ... Load More Posts No More Posts