CEO of MicroStrategy, who owns 130,000 BTC, has good advice for followers

According to the CEO of MicroStrategy, crypto investors who are in the process of surviving another bear market are present in the cryptocurrency market, should stay humble and stack sats.

MicroStrategy is a company that owns around 130,000 BTC. Saylor told his subscribers to “stay humble” and “stack sats.” Most likely, the CEO of MicroStrategy was trying to tell his followers not to think too much about themselves when they are successful in the market and to keep on increasing their gains calmly, without worrying about market structure. 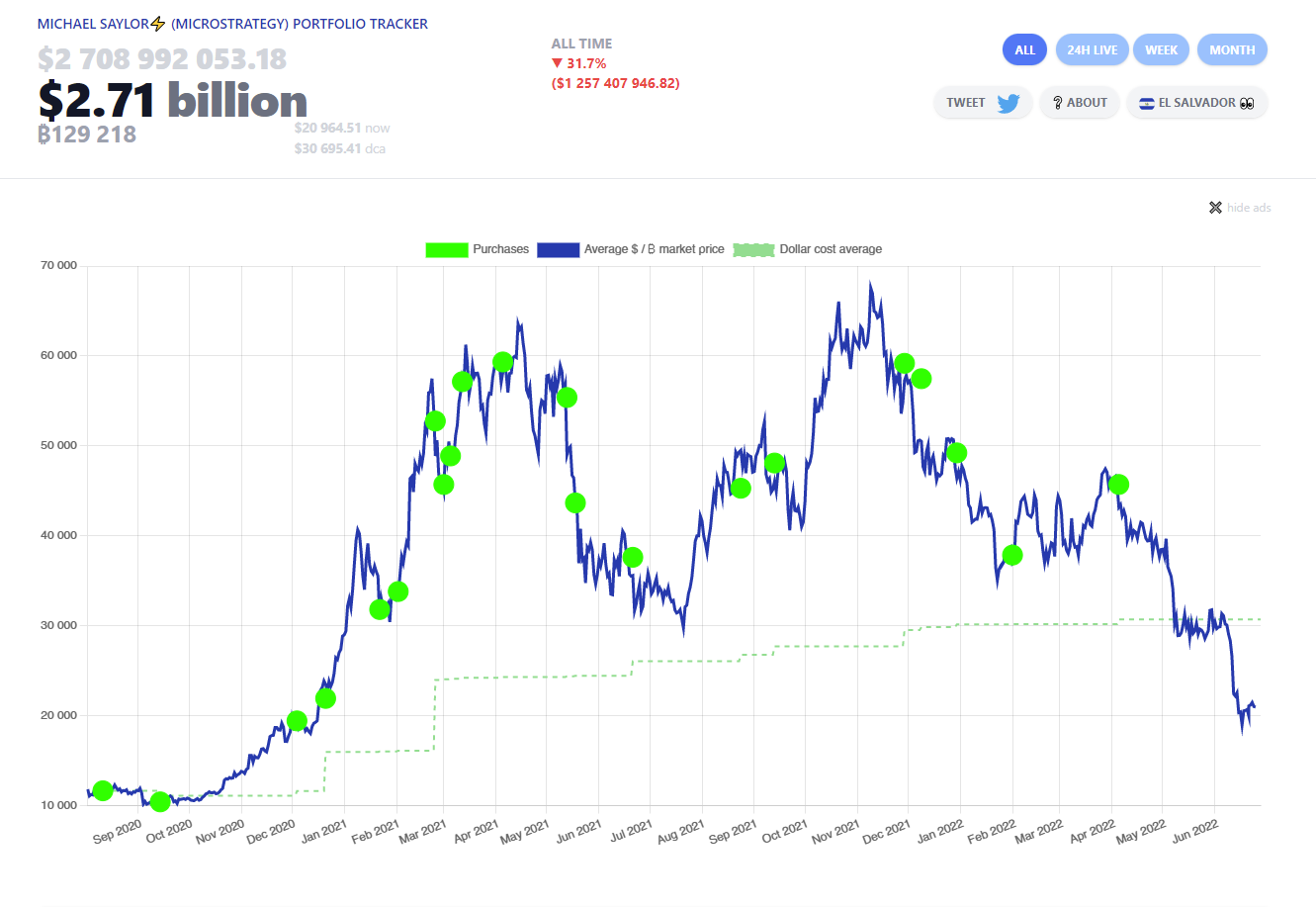 Saylor, for sure, follows his own advice as MicroStrategy keeps on increasing its Bitcoin stack despite current issues in the whole industry. Besides that, Saylor does not seem to worry about buying Bitcoin at the top many times and holding it at a massive $1.2 billion loss.

Unfortunately, not every crypto market participant is a massive company with an almost infinite ability to back up its Bitcoin position, as stated by MicroStrategy’s CFO. Most recently, the position held by the company was getting close to the margin call level, which did not happen as the company injected some of its funds to defend its position.

By constantly funding its position, Saylor’s company can comfortably hold Bitcoin even if it plunges below $10,000. According to Saylor’s portfolio tracker, Bitcoin must spike below $30,000 to become profitable for the company once again. On April 5, Saylor announced his company’s most recent Bitcoin purchase worth $4,167.

Nearly 2 million Dogecoin (DOGE) have been shifted by anonymous wallets