After Coinshares reported a negative $102 million inflow over the past week, the crypto market is under pressure again. Even so, Cardano and XRP received small positive inflows compared to the massive inflows seen for Bitcoin and Ethereum.

Larger-than-anticipated inflation numbers are adding to the negative sentiment in the crypto markets, and the US Federal Reserve is poised to raise interest rates this week to limit rising costs.

In the past week, US stocks sold off a lot, in which Nasdaq dropped sharply and became a bear market. Bitcoin and other cryptocurrencies have a history of being associated with stocks and other risky assets.

Cryptocurrencies drop to lows in 2022 due to a massive sell-off of risky assets. Furthermore, crypto lending platform Celsius has halted withdrawals for its customers, stoking fears of contagion across broader markets.

Cryptocurrency market capitalization fell below $1 trillion on Monday for the first time since February 2021, recording $958 billion at press time. Cardano dumped as much as 20% to hit as low as $0.435 before a strong recovery. 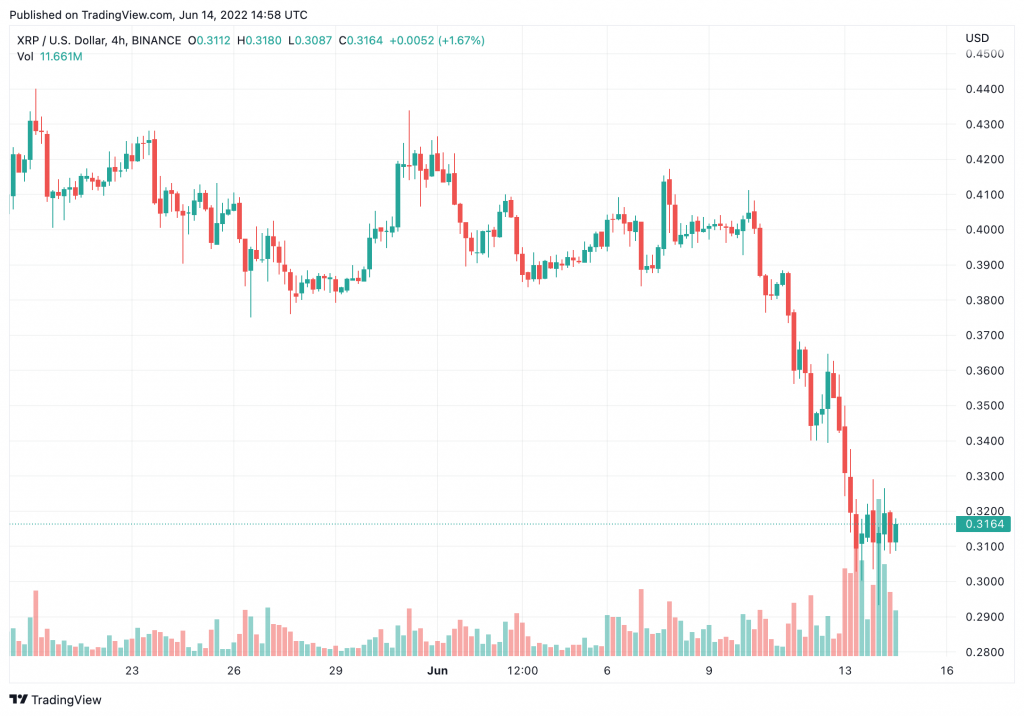 TRONDAO Reserve is in charge of permissions for USDD