By the time of writing, the Cardano price has increased by nearly 15% in the last 24 hours, trading for about $ 0.095. This is considered the highest peak that ADA has achieved in a year. 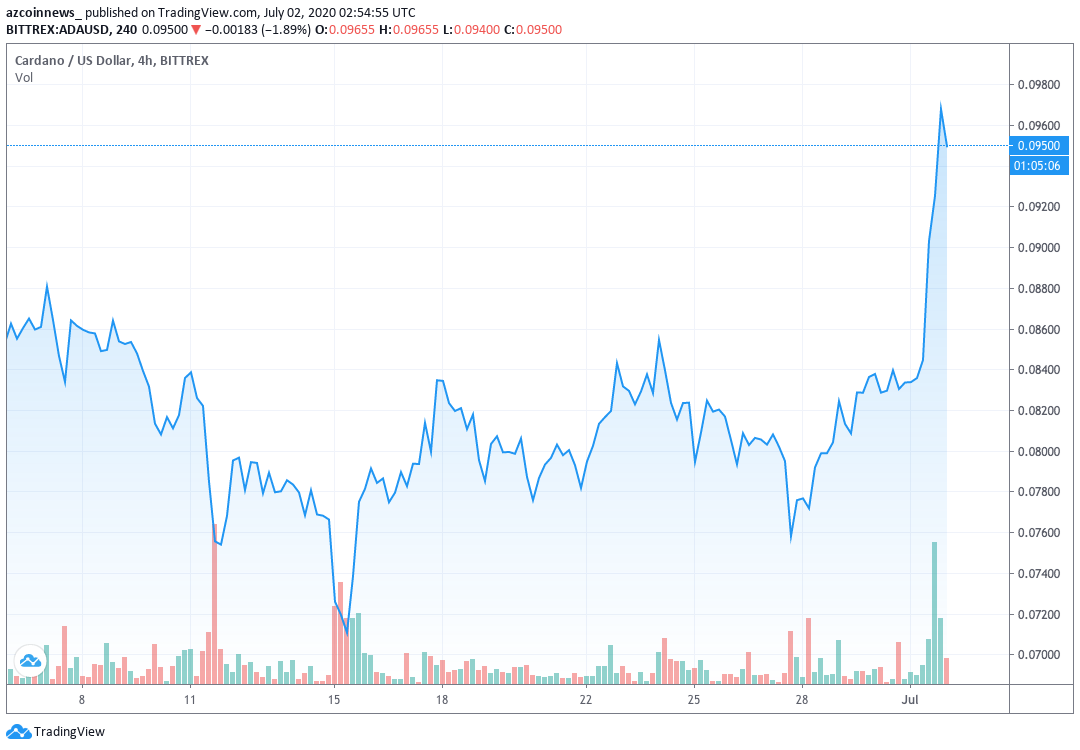 At the end of June last year, the ADA price was trading right at the $ 0.90 mark, meaning it took about 12 months for ADA to recover the losses it had suffered since then. In February 2019, Cardano traded for just $ 0.071. In March this year, after the Coronavirus Black Thursday market crash, ADA dropped to $ 0.025.

By the end of May and early June this year, Cardano once again began to pick up steam. However, this is no coincidence as it took place at the time when IOHK CEO Charles Hoskinson stated that the long-awaited Shelley upgrade would be released soon.

As AZCoin News reported, the Cardano is set to enter a transformative new era over the coming weeks. Its transition from “Byron,” a static, federated blockchain to “Shelley,” the dynamic, decentralized version, is due to kick off today, with the release of the Shelley code.

And today’s large price increase follows information that the Shelley upgrade is currently underway, as expected. Now, traders/investors ADA can start transferring money to updated Cardano wallets. This will make them eligible for rewards on the mainnet after they start on August 18. Shelley is expected to help make the Cardano network decentralized and more efficient for community members.

If considering the top 10 CoinMarketCap, Cardano is the cryptocurrency with the highest price volatility because the rest of the market currently sees a small increase. In fact, at press time, the Bitcoin price has only increased by 1.2% in the past 24 hours. Meanwhile, the highest after Cardano is Binance Coin (BNB), with an increase of nearly 4% on the day.

What is Aurora (AOA)?