Cardano is one of the best performing cryptocurrencies of the day. At press time, Cardano price has risen more than 14% in the past 24 hours, once again approaching $ 0.158. This price action comes when the Cardano developers have confirmed that the Shelley hard fork has begun.

Shelley is an upgrade to the blockchain that will implement a proof of stake — likely boosting the adoption and usability of the blockchain and its native cryptocurrency. As the Cardano Foundation describes Shelley on its site:

“Shelley will also see the introduction of a delegation and incentives scheme, a reward system to drive stake pools and community adoption… Come to the end of the Shelley era, and we expect Cardano to be 50-100 times more decentralized than other large blockchain networks.”

If all goes well, the upgrade will be fully operational on July 29, activating Shelley.

Analyst Ali Martinez shared this chart below just a few days ago, writing:

“The TD sequential indicator presented a sell signal on #ADA’s 3-day. The bearish formation developed as a green nine candlestick anticipating that #Cardano is bound for a one to four candlesticks correction.” 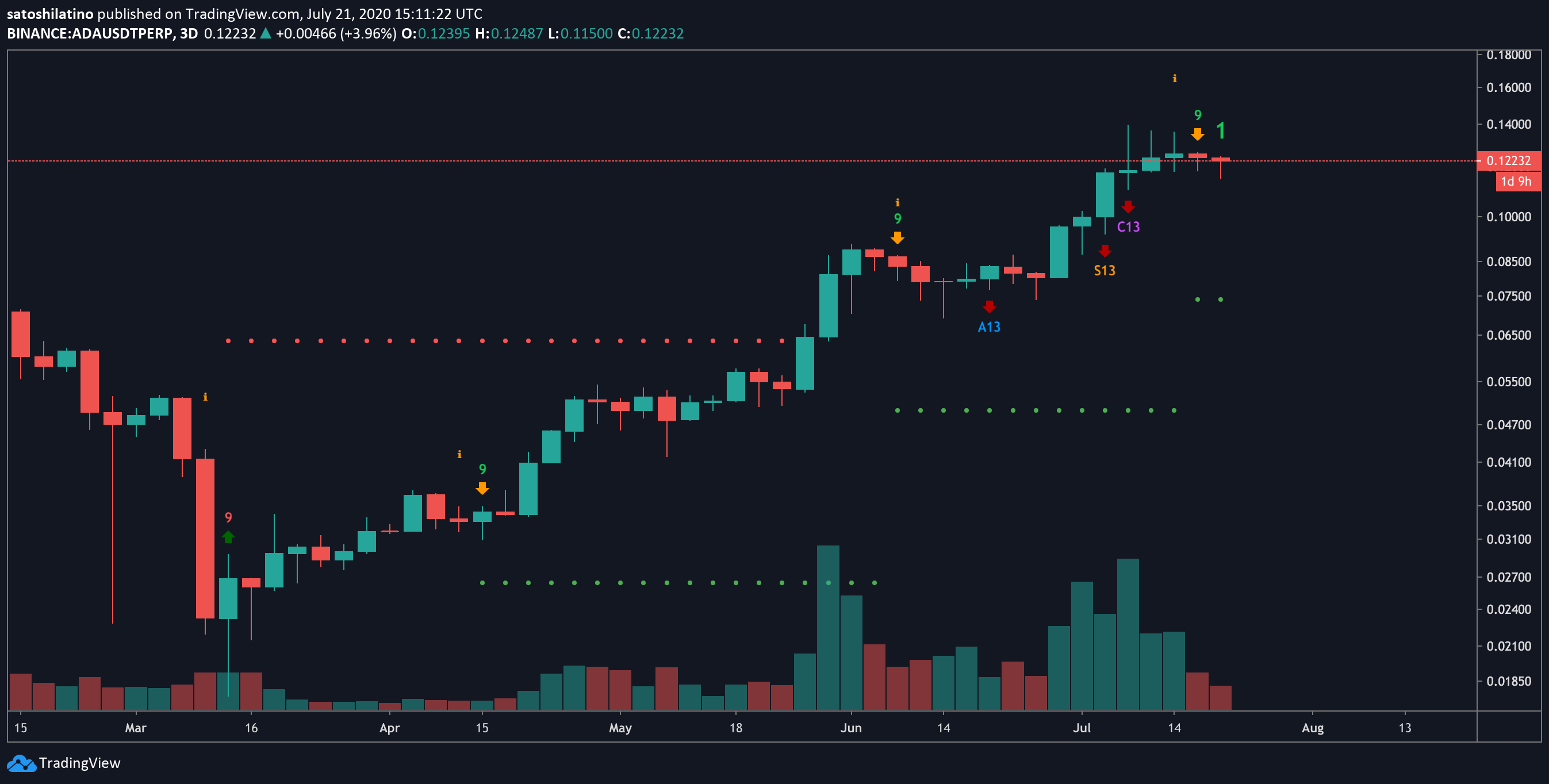 The TD Sequential is a time-based indicator that prints “9” and “13” candles at inflection points in the trend of an asset. This latest signal suggests Cardano will retrace against the dollar. And the primary trend of Cardano right now seems to be a discount, but that is also the reason why users access ADA, with four core elements: In the money, significant transactions, smart price, and the bid-ask volume imbalance.

However, there are conflicting opinions that Altcoin is a poor investment when Bitcoin seems ready to break out.

The head of technical analysis at Blockfyre, a cryptocurrency research company, said:

“If $BTC and $ETH start trending. I’d be cautious about longing #ALTS, especially if this is the start of a new BTC trend upwards. The most likely outcome would be alt/BTC pair ratios getting drained while BTC moved past 10.5k in that scenario. I also wouldn’t look to fade 1st move.”

With the launch of Shelley and other developments in the Cardano ecosystem, the demand for services on the Cardano blockchain may spike, leading to an increase in demand for ADA.

“Many are super bullish on the project and expect great things while others consider the project vaporware such that any failure to deliver would result in a precipitous drop in the token’s value. My take is that competition in the cryptocurrency space is always a great thing and is exactly what we need to accelerate the pace of adoption and improvement.”

This was echoed by the founder of blockchain, Charles Hoskinson. He said that Shelley might soon allow Cardano to invade the market that Ethereum has overcome.