Cardano price is flashing some signs of forming a macro top formation, could spark a selloff

Cardano price has stalled after a fierce rally in the past few weeks, rising amid a series of positive news. At press time, ADA has increased by more than 10% in the past 24 hours, hovering around $ 0.11. However, the selling pressure here is vast and can trigger a sell-off. 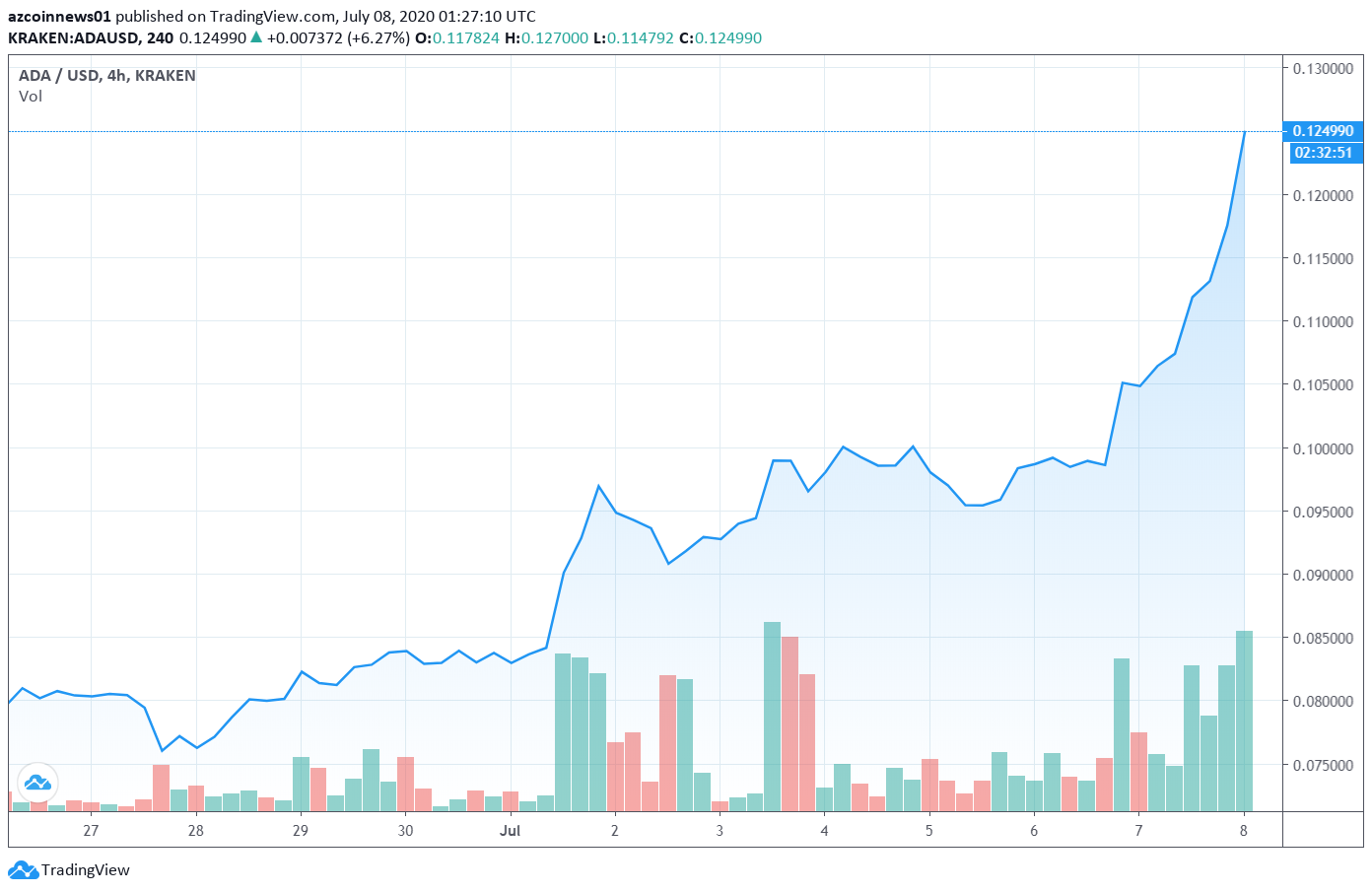 ADA is one of the cryptocurrencies with a sharp increase in days and weeks. It looks like it has been caught up in a strong uptrend, allowing it to rise more than 400% from a mid-March low. This power is primarily due to the hype surrounding the recent launch of the Shelley mainnet upgrade. This upgrade is expected to help further decentralize the network while increasing the scalability of the blockchain.

ADA coin has steadily increased over the past few months, breaking many significant resistances along the way. There are quite a lot of price forecasts for ADA shortly. In it, according to Crypto analyst Michael, Cardano may continue rising until it reaches the next resistance level.

Although positioned to underestimate the upside limit, it is still a strong possibility that Cardano is forming a macro top. And its chart is signaling that its good bull run is about to end, a sell-off will take place.

#Cardano / $ADA – I know $ADA has some news coming up this month, but this chart is highly suggesting that the top of the nice bull run is coming to a close pic.twitter.com/HpvMssMdVc

Its reaction to its current resistance level can be the deciding factor whether its uptrend will end now or whether it will push higher before losing strength.

What is Populous (PPT)?