Cardano is almost at 80,000 transactions daily, but the network can easily fit more

According to Cardano, the network is currently processing around 75,000 transactions daily. But despite showing impressive transactional activity, Cardano is not yet working at total capacity, and the spike in the number of operations on the blockchain is due to increase. 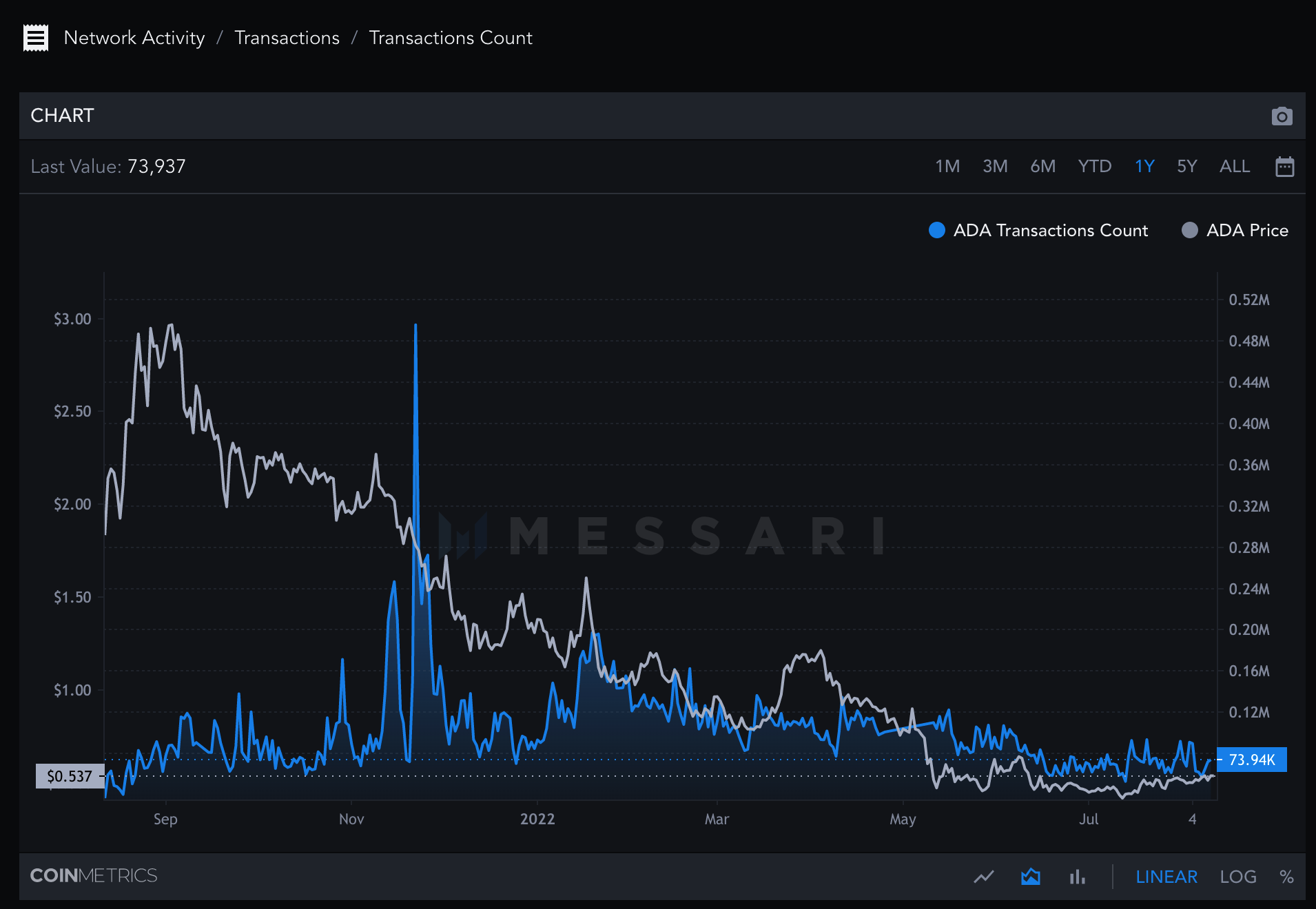 Cardano Transaction Count Spikes to 75,000 with More to Come

With the upcoming variety of new solutions on the Cardano network, the network’s transaction count is expected to spike rapidly. Synthetic tokens, stablecoins, and decentralized lending are going to become the main sources of transactional activity, which can gain up to 100%.

As of now, the number of transactions on the network represents regular transactions between users and trading operations on various platforms. If we compare Cardano to Ethereum, we will see how the network’s activity surges after creating and adopting DeFi platforms and applications. With the growing number of transactions on the network, we will see the general evolution of Cardano as more transaction fees are going to be paid and incentivize developers to build more applications that will help with the mass adoption of the ecosystem.

The majority of Cardano investors and developers believe that with the growing adoption rate, we are going to see an increase in the network capacity as the blockchain is more than ready to cover an unexpected rise in transactional activity, with its TPS limit far above current values. Luckily, Cardano never had any issues with transaction fees and network congestion, unlike Ethereum, which used to offer users up to $100 per transaction or contract interaction. For now, the transaction cost on both Cardano and Ethereum is almost the same.

ADA price movement has been aided by a modest increase…