Cardano flips XRP to become the seventh-most valuable cryptocurrency by market capitalization. The price of ADA soared 5.4% in 24 hours, about a week after Cardano founder Charles Hoskinson announced that the Vasil hard fork would take place on Sep. 22, 2022. 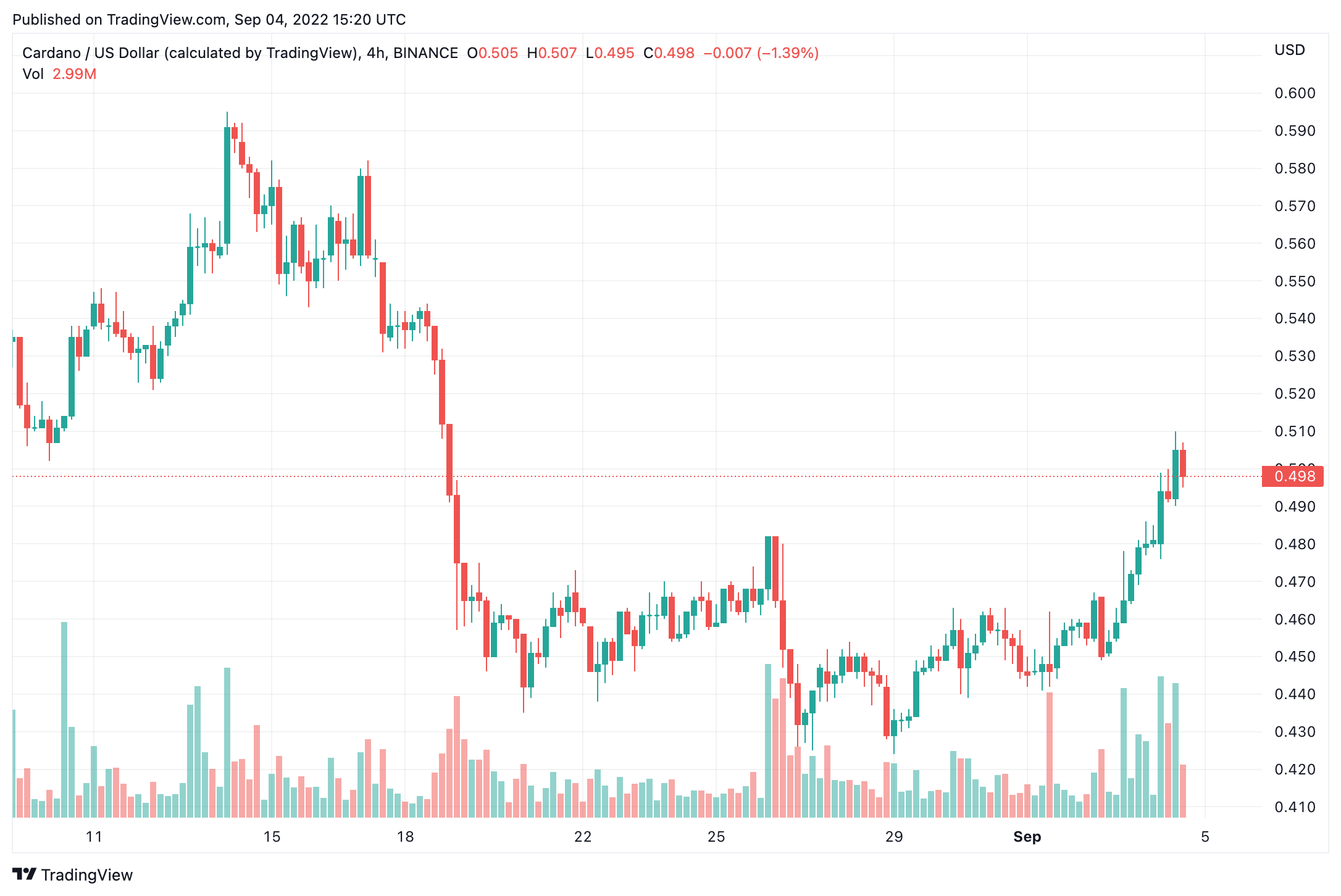 Speaking on a live stream on Aug. 26, 2022, Hoskinson said the release date would depend on the readiness of exchanges. However, in the past, exchanges followed through expediently after a hard fork announcement. Approximately 80% of the exchanges holding ADA liquidity are ready for the upgrade. The top ten decentralized apps by total value locked have already upgraded to version 1.35.3 of the Cardano Vasil code, which is the latest version.

The Vasil upgrade is one of three hard forks originally described by Hoskinson as part of Cardano’s 2022 roadmap. It is part of the “Basho” phase of the project, designed to improve the scalability and interoperability of the Cardano blockchain with other chains.

The Vasil upgrade is set to improve the Plutus programming language used for developing decentralized applications and improve Cardano’s scalability to reduce congestion on the network and lower transaction fees. A significant issue with the current Cardano mainnet surfaced when Cardano launched jpg.store, its own NFT marketplace, and a decentralized exchange SundaeSwap. Both launches suffered from slow transaction speed and network congestion, affecting the user experience.

Vasil will also reduce block transmission latency, the time taken for a block of transactions to propagate throughout the network.