The Cardano (ADA) price has spiked by nearly 10% over the past seven days. It is the best-performing token within the top ten. At the time of writing, ADA is changing hands at $0.5754. 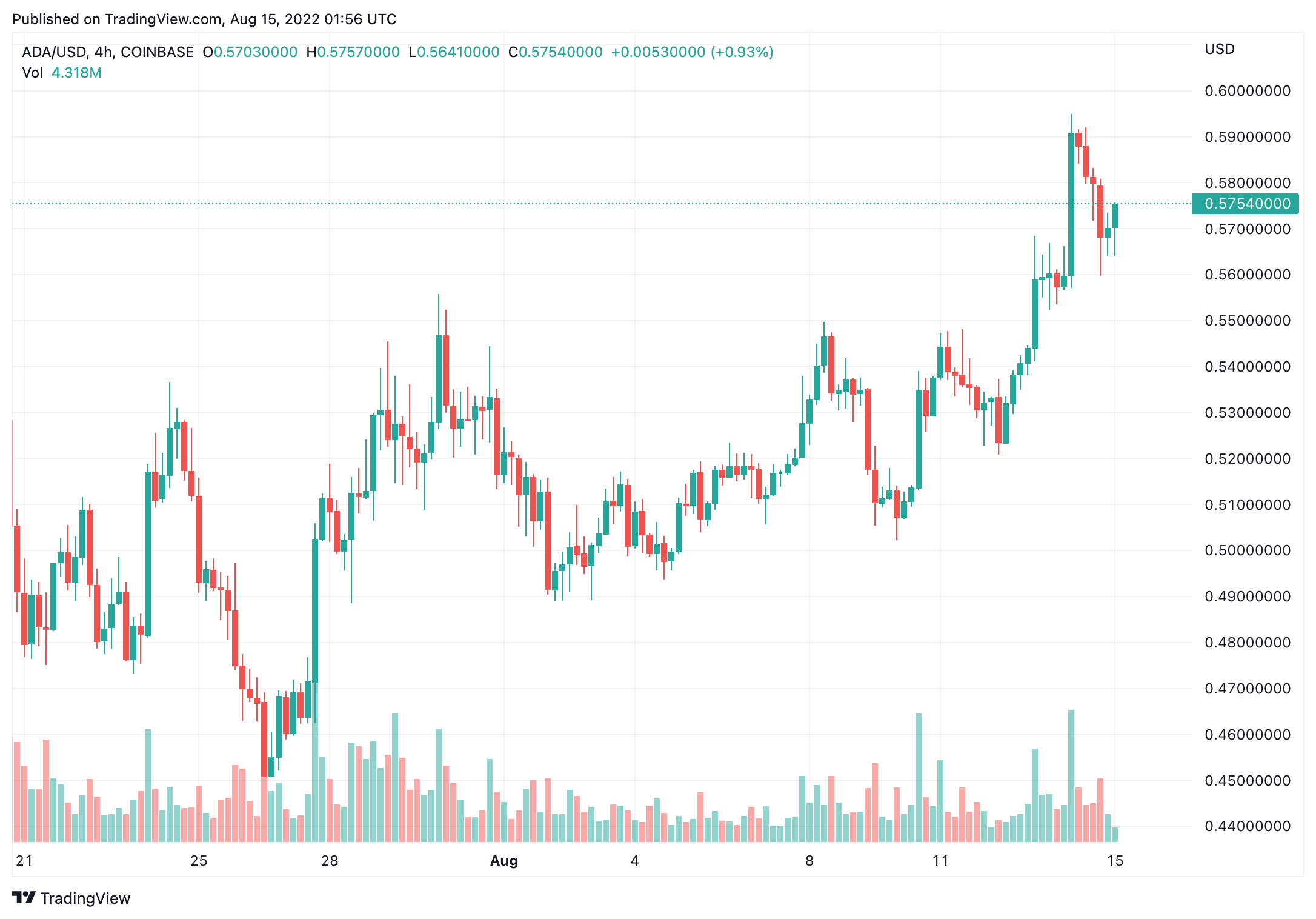 Following the recent price uptick, the cryptocurrency has now reclaimed the sixth spot by market cap, surpassing Ripple-affiliated XRP. The market cap of ADA has now approached the $20 billion mark. The price of the token spiked higher following an update from Input Output, the technology company behind Cardano, regarding the upcoming Vasil hard fork.

The high-stakes upgrade, whose rollout was originally expected to take place in July, has been delayed due to technical challenges. In early August, Input Output CEO Charles Hoskinson said that the blockchain was in the final stages of testing, meaning that there would not be significant delays. Input Output has repeatedly stressed that it wanted to eliminate all technical issues in order to make sure that the rollout of the Vasil hard fork will be as smooth as possible.

A recent report published by Messari shows that the ADA is priced “more aggressively” compared to its peers. While ADA is currently valued at an impressive $20 billion, the token is still down more than 80% since the rollout of the Alonzo hard fork, which finally enabled smart contracts on one of the leading proof-of-stake blockchains. Earlier this week, billionaire Mark Cuban opined that Cardano had failed to make “much of an impact” even though it’s been almost a year since the launch of smart contracts.