Can BNB‘s market return to midterm bullish trend given significant developments around the ecosystem?

Can BNB‘s market finally return to the midterm bullish trend given significant developments around the ecosystem? Its recent upgrades have incorporated security aspects to strengthen its wall and stand firm against hacks.

Binance Coin (BNB) was in the bullish zone, at the time of writing, as the altcoin’s price lay above the $292-mark. Ergo, the question is can the exchange token go any higher as development upgrades see two significant faces?

Less than 48 hours ago, Binance Coin (BNB) released the Binance Account Bound (BAB) token, a soul-bound token used as proof of identity for Binance users who complete KYC verification. Following this, BNB registered gains of more than 6% on the charts. In fact, the altcoin even registered >1B in trading volume within the same period.

During the early hours on 10 September, 97,464 accounts minted Binance Account Bound (BAB). At press time, the said balance had reached 116,524 on BSCscan.

That being said, are the number of accounts BIG enough? Consider this – In July 2022, Binance claimed that the total number of users exceeded 120 million. Simply put, only 0.08% of users have minted BAB.

It shows that the role of BAB is currently unclear and the participation is low. There are also community members who report that the mint process is not smooth enough.

Needless to say, BNB supporters have been quick to take offence. One of its supporters added, “The real reason is, it’s not rolled out to everyone. Not all registered members know about this…”

Worth pointing out, however, that such remarks didn’t quite deter the platform’s acceleration towards new heights. The Binance platform also rolled out the new and revolutionary zkBNB, which has the exact layer-1 security level that BNB Smart Chain promotes secure building mechanisms with.

With access to developer documentation and integration playbooks for #zkBNB at the ready, the exciting process is seamless.

The aforementioned update would aid the platform in speeding up transaction times while reducing fees. Furthermore, it would allow BNB to process between 5,000 and 10,000 transactions per second. Thereby, vastly outperforming the blockchain’s current capabilities.

Developers’ count contributing to the good cause rose alongside BNB’s trading volume. Both of these metrics highlighted a growing interest in the aforementioned platform and token.

In addition to this, other metrics such as average daily/weekly transactions too reiterated a similar scenario. 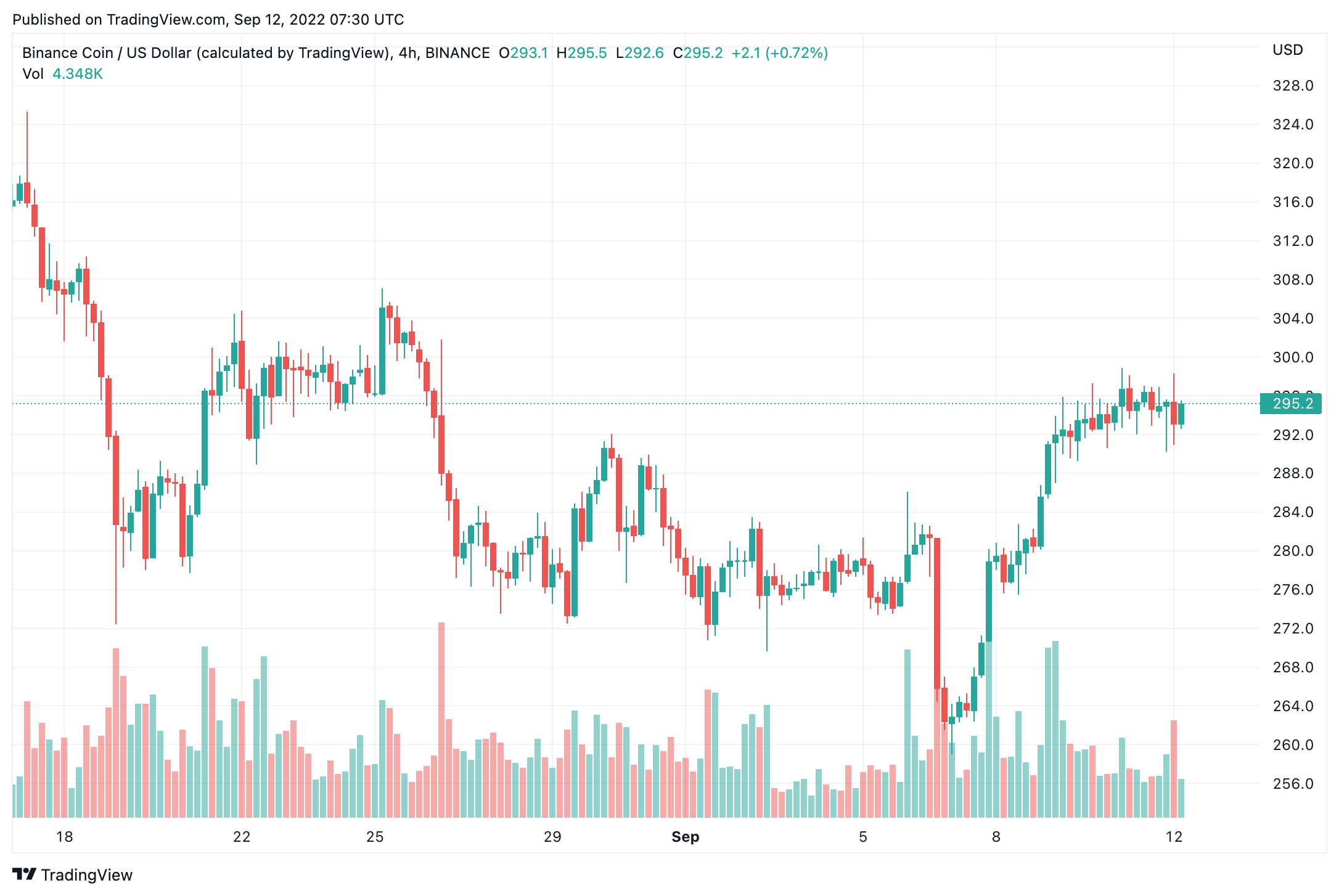 And yet, BNB’s price failed to reciprocate the sentiment. In fact, at the time of writing, the exchange token was down 3% over a 24-hour window.

New XRPL-built project is here for battle with Lightning Network

The recent Binance decision to convert other…

Binance is moving to prioritize BUSD, over several…

Binance will suspend deposits and withdrawals for ETH…

Although Binance CEO denied the rumors of being…