Two projects on Binance Smart Chain at the same time have joined the list of victims of flash loan attacks when large unsecured loans were used to manipulate the ratio of assets in pools and withdraw liquidity. Specifically, BurgerSwap has suffered a crippling flash loan attack.

BurgerSwap is a decentralized exchange built on top of the Binance Smart Chain (BSC) that allows users to conduct cryptocurrency swaps facilitated by its automated market maker (AMM). The AMM is supported by its liquidity pool where users can supply tokens in exchange for platform rewards.

“BurgerSwap just experienced Flash Loan attack. We have suspended Swap and BURGER generation to avoid further loss. Our tech team is working on the issue and will publish the solution later. More details will be published soon. Thanks for your patience.”

The automated market maker has been drained of $7.2 million:

The current total loss is around $7 million and we will strive to cover all your loss.

Over the course of 14 transactions, $7.2 million was withdrawn from BurgerSwap. More than half of this amount fell on BURGER and xBURGER tokens. WBNB, BUSD, ETH, and USDT were also stolen. In this case, the attacker took advantage of a feature that allows him to perform multiple swaps before updating the reserves, which are used to calculate the number of tokens in the operation. 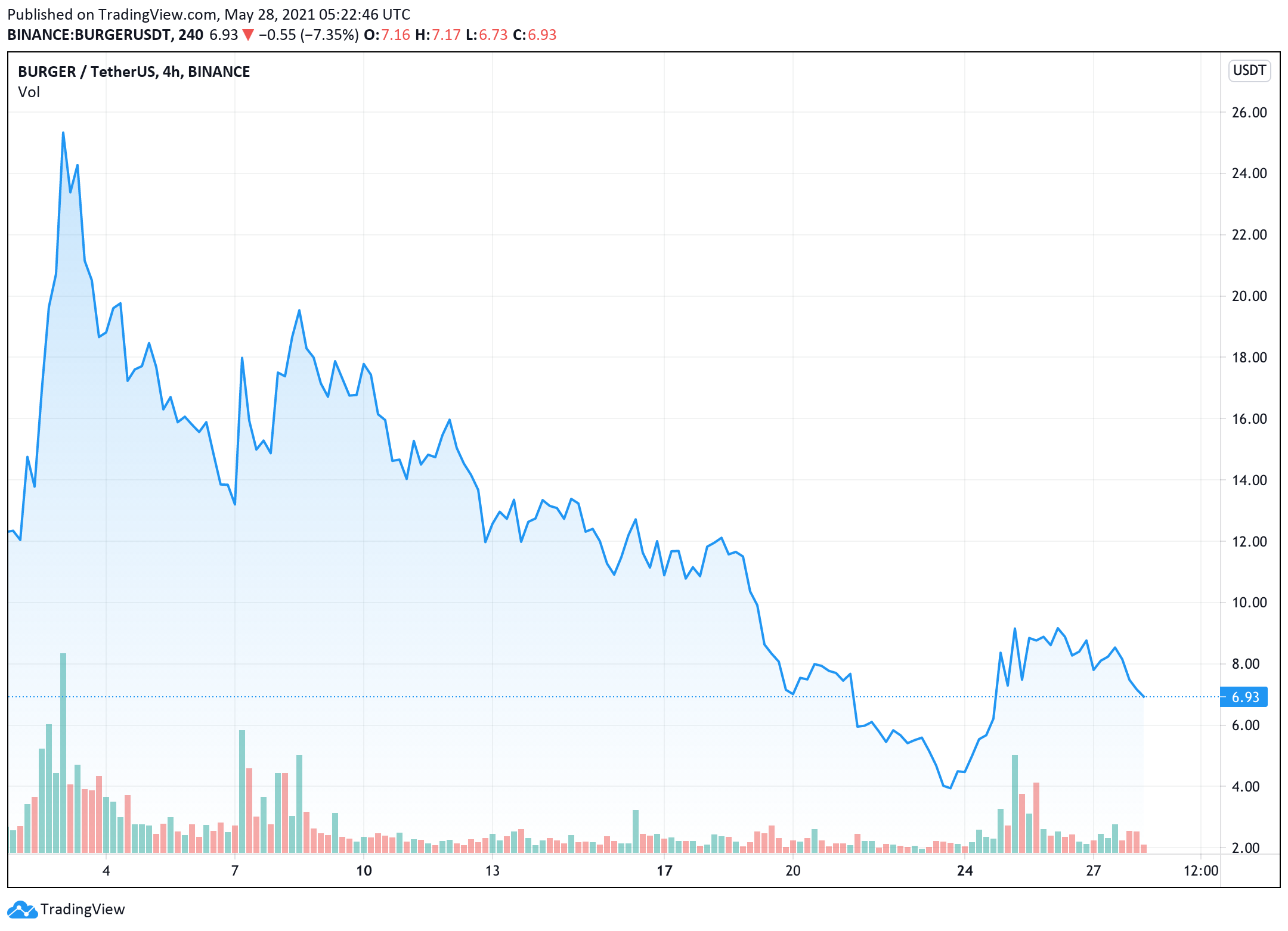 The JulSwap project suffered in a similar way. Both are building DeFi platforms, with JulSwap being marketed as an enhanced Uniswap on the BSC. The JulSwap token (JULD) fell by more than 50% after the attack but has already managed to win back most of the fall. BurgerSwap (BURGER) experienced a more moderate decline.

Not long ago, the Binance Smart Chain DeFi protocol PancakeBunny exploited via a flash-loan attack, in what the community initially believed to be a record-setting $1 billion loss. The damage this time amounted to more than $300 million.

The Binance exchange, on the blockchain on which the attacked projects are based, previously announced that it could not help users in such cases by changing the transaction history. The company is often criticized for its high degree of control over the network it runs. The BSC uses the Proof-Of-Staked-Authority (PoSA) consensus mechanism and is controlled by 21 validators. Such validators are chosen by the BNB token holders, the largest of which is Binance.