In theory, a brute force attack on a Bitcoin private key is like a brute force attack on any regular system. A comprehensive search of combinations can be performed before the private key combination is identified. In fact, massive attacks on Bitcoin private keys are almost mathematically impossible. But why are there still cases of hacking happening? There may even be some new technology that could stop or speed up this process. 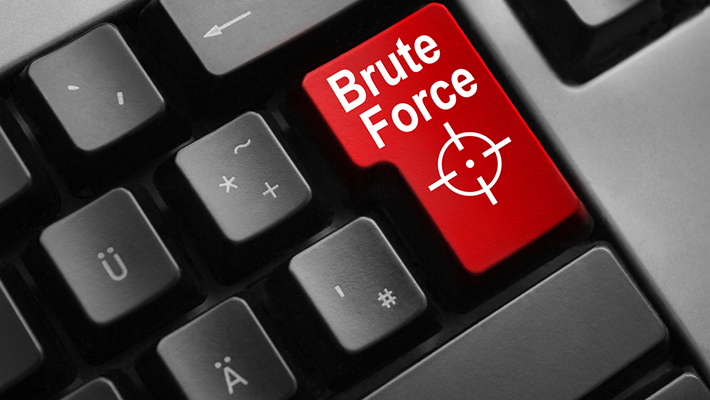 What is a Brute force attack?

Brute force attacks are used for all types of encryption. Brute force works by trying all possible password strings to find the password. So it takes a long time, depending on the length of the password, but the ability to find out is always without a time limit. Brute force is used only when other methods are ineffective.

The cryptocurrency world has been paying attention to quantum computing for a while now. Technology development is happening rapidly, with tech giants like Google and IBM competing with fledgling start-ups like PsiQuantum. Companies like Goldman Sachs and JP Morgan have also invested in technology research. It is, therefore, not surprising that the quantum computing market is expected to reach $ 64 billion by 2030.

Quantum computing involves using quantum phenomena such as superposition to perform computer tasks; in other words, quantum computers can perform calculations based on probability. Therefore, instead of working with 1 and 0 as a regular computer, a quantum computer can process more data exponentially. So should cryptocurrency holders be worried or not? Can quantum computers speed up the time it takes to unlock our digital wallets?

Ethereum co-founder Vitalik Buterin tweeted about quantum computing in October 2019. He’s not convinced that the crypto industry needs to worry about that – but that’s just not.

At the time, Buterin said:

“My impression of the recent quantum dominant engine can be summed up in one sentence. That is, quantum computation is nothing for nuclear fusion.”

My one-sentence impression of recent quantum supremacy stuff so far is that it is to real quantum computing what hydrogen bombs are to nuclear fusion. Proof that a phenomenon and the capability to extract power from it exist, but still far from directed use toward useful things.

With that said, some quantum computer brains can accurately unpack the threats facing the cryptocurrency industry.

The functional quantum computer Cheng describes as “a lab-made Frankenstein monster” and will be out five to 10 years from now.

That begs the question: Are we ready to see private keys disappear over the next decade at some point?

Quantum computers can harm the security of private cryptocurrencies by replacing them directly without having to steal them from anyone’s wallet.

“Some people in the cryptocurrency community believe that signatures are post-quantum computing. However, even when they do, until a block is actually confirmed by making sure the previous blocks are really immutable. There is still a short amount of time for one to copy the private key to start signing unauthorized transactions. ”

Once that happens, says Cheng, trust won’t be over.

“You can no longer tell if the Bitcoin transfer just happened came from your real private key or the private key mirrored by the quantum computer without even bothering your wallet.”

Of course, it’s also worth asking why people would really want to do this. The second thing that the private key is not against quantum computing; the industry will no longer claim that an impenetrable Blockchain secures it. As a result, the value of crypto assets will decrease enormously.

Who wants that? It may be nobody, but that doesn’t mean the risk posed by quantum computers will disappear.

For those who doubt, Cheng says, testing is simple.

“I have asked them if they are willing to convert all their real fiat assets such as USD, GBP, or even their house into Bitcoin or Ether and sit through the quantum timeline. To date, no one has yet told me they would.”

Cyber threats tend to sneak up on the world. Before Stuxnet, not a lot of attention was given to supply chain vulnerabilities, until—for Iran, at least—it was too late. It might not be time to worry about quantum computers coming after your private keys, but it makes sense to get ahead of tomorrow’s risks today.

Customers in the US can join the waitlist for Coinbase…

FinCEN and the Federal Reserve proposes to drop the…

Bitcoin is better competes with gold as an…

PayPal’s move is good for Bitcoin adoption, the…

Grayscale Investments adds $300 million in AUM in one…