According to a report from Julia Chatterly of CNN, Brad Garlinghouse, Ripple CEO, has just made a few statements about the current state of Ripple, XRP, and the company’s plan by 2020. Surprisingly, Garlinghouse concludes that in the next five years, Ripple wants to be the Amazon of the cryptocurrency industry.

INTERVIEW PART I 👇🏼
“Once regulators understand you’re not circumventing regulatory frameworks they get very comfortable very quickly,” @Ripple CEO @bgarlinghouse explains why he’s on a mission to educate regulators around the world. pic.twitter.com/2PMVvj3PZU

Ripple currently holds $ 15 billion in XRP; Ripple CEO does not see Bitcoin and Ethereum as competitors

Garlinghouse said that the company’s recent multi-billion dollar valuation had strengthened Ripple’s position as one of the largest fintech companies in the US. He revealed Ripple currently holds over $ 15 billion in XRP. That figure alone is well above the $ 10 billion valuation Ripple achieved in the recent $ 200 million Series C funding round.

“I think that whenever you have a new investor, you will be intimidated by the expectations set. Likewise, Ripple with XRP price today owns somewhere north in value. $ 15 billion in cryptocurrencies. So in some ways, investors have dropped the price.” 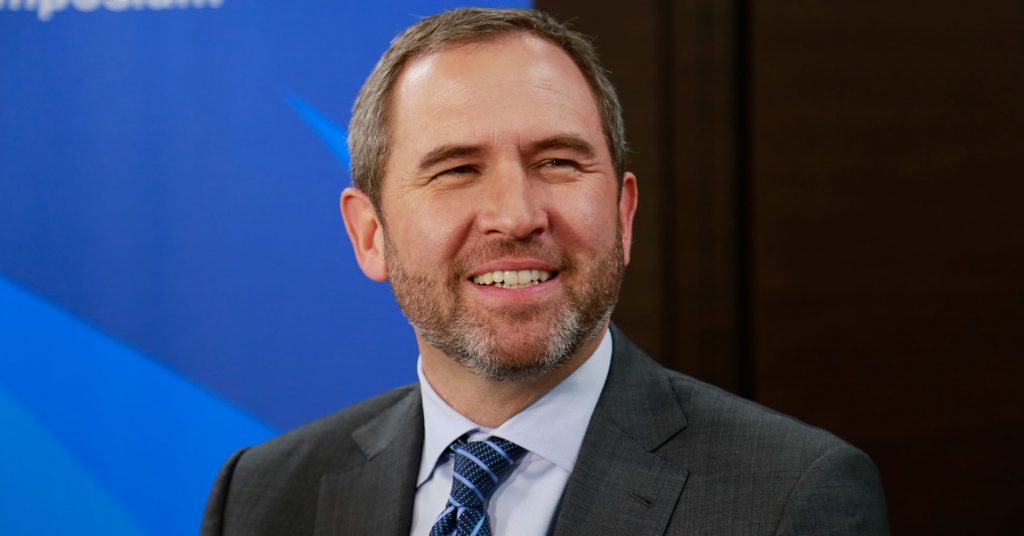 Ripple owns more than half of the total supply of XRP, the third-largest cryptocurrency by market capitalization. Although the company issues quarterly reports on the amount of XRP it sells, it does not publicly disclose the exact amount of money left in its possession.

This refers to the status of Ripple and its plans. He said Ripple and XRP are doing a good job, though he doesn’t pay much attention to short-term price action. Instead, he pays more attention to long-term development. He compared fledgling cryptocurrency markets with valuations of several hundred billion dollars to markets like gold worth trillions of dong. Then conclude that Ripple’s ecosystem will continue to grow and solve real problems for real customers with projects like Coil, for small payments.

He also doesn’t think that Bitcoin, Ethereum, or other cryptocurrency projects are competitors with Ripple because the overall growth in the cryptocurrency industry is suitable for everyone.

Despite the bear market, Ripple is still growing and hiring 150 more employees, while many other projects are continually planning significant layoffs. Garlinghouse also revealed Ripple’s upcoming IPO, though he did not give a specific timeline.

“We added more than 150 employees last year, at a time when I think others were less focused on solving real-world problems. There has been a series of layoffs in the community. Cryptocurrency in the past weeks.”

He said the value of XRP is north of $ 10 billion, so the $ 10 billion valuations of the Ripple IPO provides opportunities for Ripple shareholders. An IPO will allow Ripple more flexibility to pursue transactions such as their $ 50 million investment in Moneygram, or Mexico’s Bitso exchange.

Ripple also plans to work with regulatory authorities to be more explicit. He wishes to see the United States become a leader in the cryptocurrency industry, but that would not have happened without regulatory clarity.

He also expressed the opinion that China’s Central Bank Digital Currency (CBDC) is generally good for cryptocurrencies. He believes governments and central banks should consider cryptocurrency and Blockchain technology.

Will Ripple become the second Amazon?

Garlinghouse mentioned Amazon’s impressive growth and how it started as an online bookseller before it created a pillar and began to dominate e-commerce. He envisions a similar potential for Ripple, though he says that the first and pioneering Ripple is addressing cross-border payments.

“I hope that in 5 years, we are not just Amazon books, we are Amazon.”

He said that it’s hard to imagine where the cryptocurrency market will be in 5 years, but he sees Ripple growing much more significant and providing real solutions for customers. Ripple has partnered with several strategic companies, such as SBI, Moneygram, Indian, and Saudi Arabia, to increase the market and its influence in cross-border remittance and payments.

Will XRP price break out shortly?

XRP’s headline rally seen earlier this week seemed to be a flash, as the cryptocurrency has now retreated below its key psychological resistance at $ 0.30, opening the wings port for further short-term discounts.

However, it is essential to remember that the current signs of XRP weakness mainly stem from a market-wide decline caused by Bitcoin’s drop to below $ 10,000.

At press time, the price of XRP has risen nearly 5% in the past 24 hours, with the current price of $ 0.29, marking a significant recovery from the daily high of almost $ 0.33. Cryptocurrencies are currently in the process of eliminating most of the profits generated in its recent rally, leading to a near-high of $ 0.36, with the possibility of finding stability around the central problem describes this price action for what happens next.

Looking at XRP/USD on the weekly time frame, we can see that the price has surpassed the trend resistance from June 2019 a few weeks ago with substantial volume and has now found resistance at Previous highs at $ 0.36.

For XRP to surpass this resistance, it will likely require Bitcoin to see some additional momentum. XRP is currently consolidating above its 200-day moving average, and its key defensive strong defense at $ 0.27 could spark a short-term movement to over $ 0.36.

For this highly bullish XRP rally to $ 0.56 will occur in the coming weeks and months, Bitcoin is required to see some apparent short-term upside.

How to buy and sell Bitcoin in Cambodia?