Chinese Bitcoin mining company Ebang is the latest cryptocurrency company to list on the public market. Not long ago, Ebang debuted on the Nasdaq with a rating of $ 685 million, and the company was able to raise more than $ 100 million. However, according to a report from BitMEX Research, Ebang’s Initial Public Offering (IPO) will not be successful in the long run.

The reason BitMEX Research makes this argument comes from several main reasons. These include rising tensions between the United States and China, competition for recent profits warnings of Canaan miner, and a weak market positioning of the company.

And the fact has also proved that BitMEX’s research is somewhat true. Because, over the past week, Ebang raised a total of $ 101 million by selling 19.3 million shares for $ 5.23. This was below the mid-point of the listing range for the company’s shares, which was set at $ 5.25.

Shortly after the public trading began, the Ebang (EBON) stock on Nasdaq fell to a low below $ 4. This sell-off has encountered some heavy buying pressure that led them to return to $ 5.00.

Competition mining firm Canaan has seen extremely poor performance since the IPO, which is thought to be due to a decline after initial listing. The company predicts its profits will start climbing to the end of 2020. 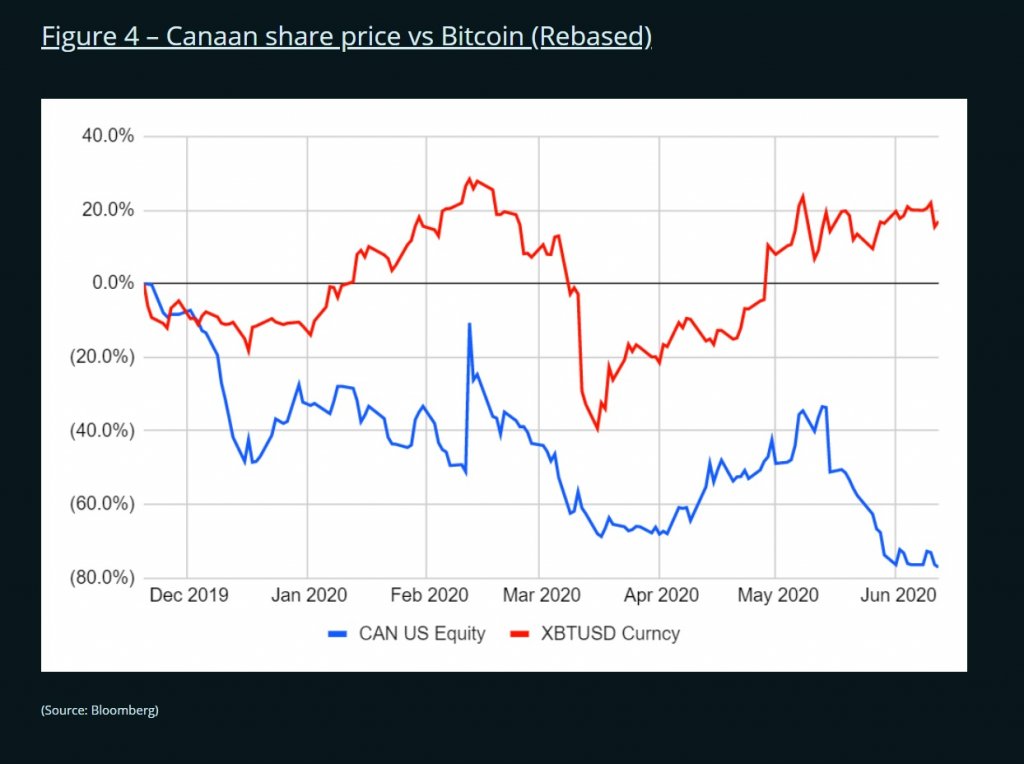 In April 2020, Ebang applied for an IPO in the US. However, due to the current political tensions between the US and China, Canaan’s profit warnings, and Ebang’s relatively weak market position, we think it will be difficult for Ebang to conduct an IPO successfully. 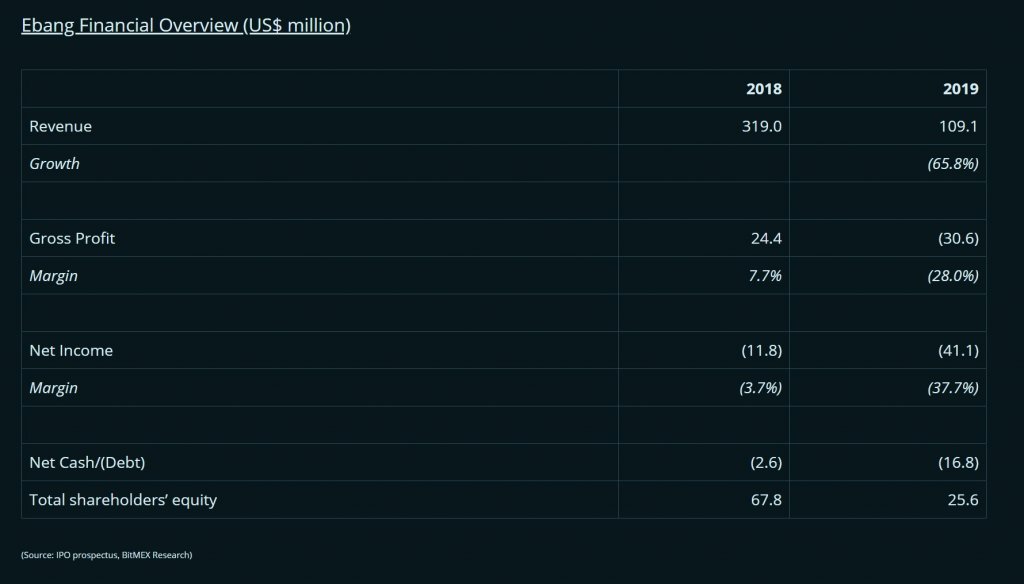 Because investing in a Bitcoin mining company is mostly a bet on Bitcoin’s success from a price perspective, it may make more sense for investors who want to come into contact with the cryptocurrency market to Buy spot BTC or Grayscales BTC Trust (GBTC) stock.