Bitmain launched the sale of its latest ASIC-based SHA-256 miner, the Antminer T19

According to an announcement on Monday, Chinese crypto mining giant Bitmain officially launches the Antminer T19, a new Antminer from the next-generation Antminer 19 series. 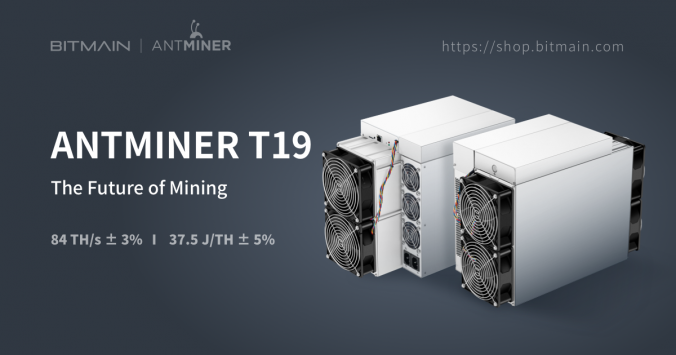 The Antminer T19 is the third model released from the latest generation of Antminers developed by Bitmain. The T19 is equipped with a hash rate of 84 TH/s ± 3% and has a power efficiency of 37.5 J/TH ± 5%

The blog says that the Antminer T19 uses “the same generation of custom-built chips found in the Antminer S19 and S19 Pro”, thereby which means it highly suitable for mining cryptoassets such as Bitcoin (BTC), Bitcoin Cash (BCH), and Bitcoin SV (BSV) that use the SHA-256 hashing algorithm.

Bitmain was founded by Jihan Wu and Micree Zhan in 2013. The company is a bitcoin miner, designer of ASIC chips, and operator of one of the largest Bitcoin mining pools headquartered in Beijing, China. Bitmain is one of the largest cryptocurrency-related technology companies in the world, with massive influence and reach and a recent investment of $50million.

What is Crypto.com token (MCO)?