According to Glassnode, certain fundamentals of Bitcoin on-chain have improved, and users seem to prefer holding Bitcoin rather than using it. And with this changing need, Bitcoin’s active supply 3y-5y has reached a 22-month high as the number of active wallets dropped 16.1% in the past twenty-four hours. 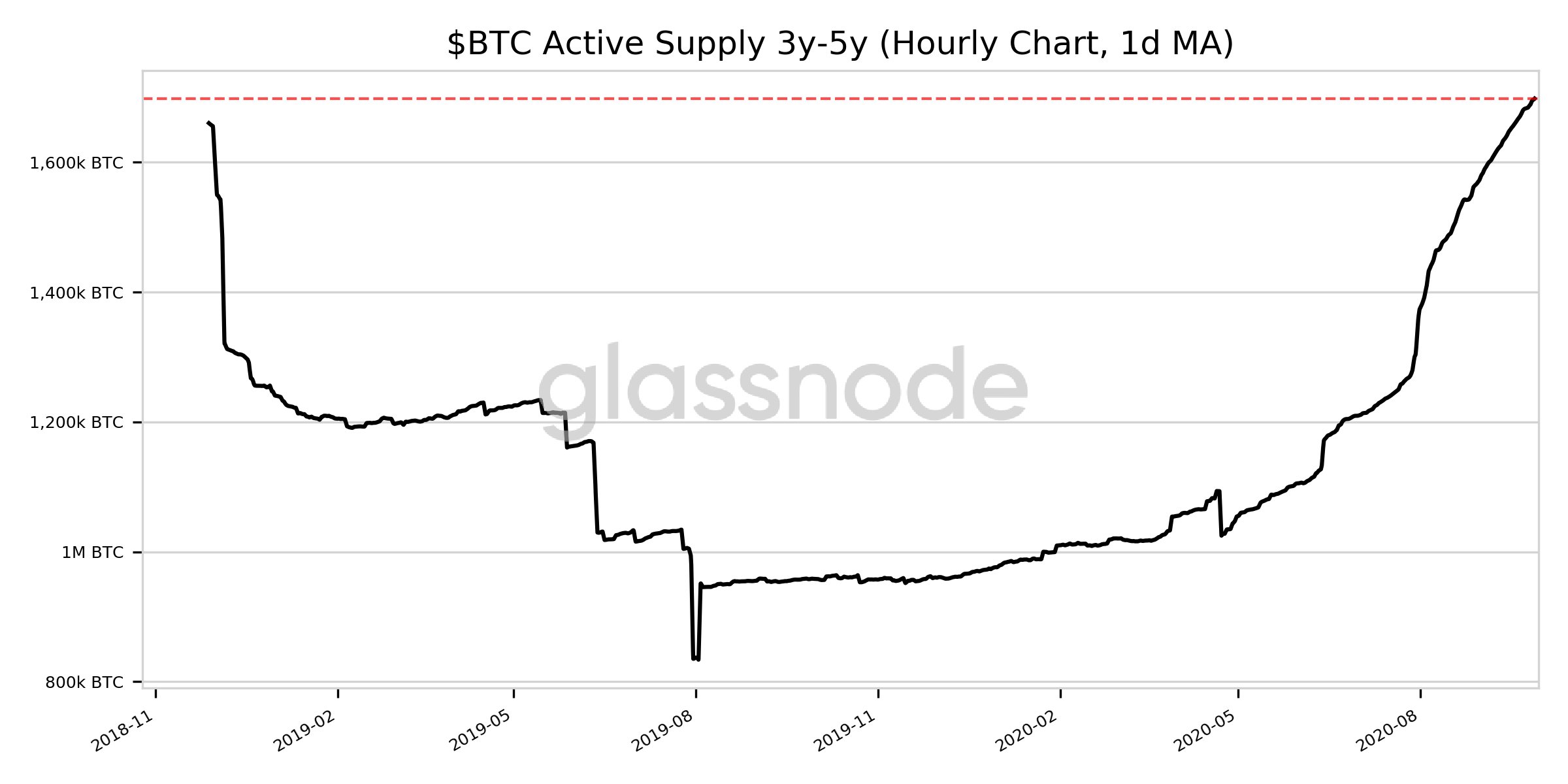 However, the same data provider reported that the number of active Bitcoin wallets (2-day MA) had faced a substantial decline over the past twenty-four hours.

Now that Bitcoin has been above $ 10,000 for a considerable amount of time compared to before, this could indicate that users prefer to keep their Bitcoin and use it as a store of value rather than as a means convenient payment or transaction assets.

However, Bitcoin continues to remove the so-called weak hands as the number of wallets with one or more Bitcoin has fallen to a 5-month low, currently at 807,579.

The previous value of this metric amounted to 808,203 on Sept. 26; thus, within two days, the amount of BTC wallets thinned by over a thousand Bitcoin addresses.

Michael Saylor believes that being a store of value (SoV) is quite enough for Bitcoin. However, he took to Twitter to share four key factors that could help BTC succeed. Includes: Adoption, Utility, Productivity & Inflation.

They all have to do with Bitcoin being a perfect store of value, and Saylor emphasizes this:

Grayscale buys another $ 186 mln in BTC

Grayscale has enlarged its Bitcoin Trust, as 17,100 BTC were added to Grayscale’s funds at current prices, as the investment is worth approximately $186 million. The total assets under management (AUM) for all Grayscale Investments crypto funds totaled $5.8 billion according to its last market report for the week ending September 25.

09/25/20 UPDATE: Net Assets Under Management, Holdings per Share, and Market Price per Share for our Investment Products.

The Bitcoin Trust, or GBTC, is by far the largest fund, containing 82.75% of the total investment, or $4.8 billion. Following that is the Ethereum Trust, which has almost $784 million invested, or 13.5% of the total. The rest is divided into smaller funds for Bitcoin Cash, Ethereum Classic, Litecoin, XRP, Zcash, and a couple more.

Grayscale buys shares for its investors so that they do not have any direct exposure to the underlying asset. Its BTC shares are currently trading at $11.23, and the Bitcoin holdings per share are up almost 46% so far this year.

The move signifies continued institutional interest in Bitcoin and crypto assets despite having corrected almost 20% since its peak this year.

Grayscale also stated that there would be a huge wealth transfer over the next quarter-century, and the younger generation is interested in Bitcoin and crypto:

“$ 68 trillion will be transferred from older generations to younger generations over the next 25 years. It’s time to pay attention to the behaviors of the next generation of investors.”

The weekend has seen Bitcoin grind slowly higher again in an attempt to reclaim the psychological $11.000 price. Let’s wait!