Twitter-based data bot Whale Alert has reported more than $26 million in bitcoin tied to the 2016 hack of crypto exchange Bitfinex breach has been moved. Six of Wednesday’s transactions ranged between $4.1 million and $4.8 million in value, with one smaller transaction of about $12,000. The last time coins from the Bitfinex incident moved was July 2020. 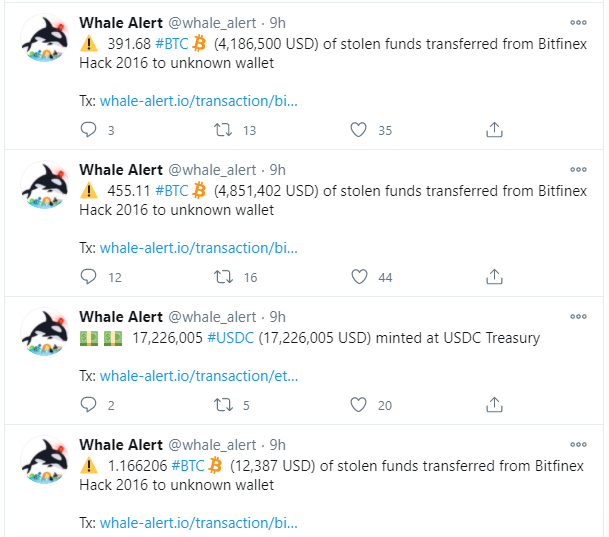 Three out of six transactions of stolen funds from Bitfinex hack 2016 on June 7 | Source: Whale Alert

On August 2, 2016 the popular cryptocurrency exchange Bitfinex was hacked for approximately 119,756 BTC, which is worth a touch over $1 billion using today’s exchange rates. The breach crippled trader confidence that day, and the price per BTC slid 22% immediately after the event.

In the wake of those transactions in August, Bitfinex published a statement in which it pledged rewards to efforts leading to the recovery of the stolen funds: