Bitcoin Still Dominates: Why It’s the King of the Altcoins

Even as altcoins progress, bitcoin still remains on top- by a big margin.

In 2017, the world really woke up to bitcoin. With prices shooting up to near $20,000 per BTC, it began to look like the financial sector had finally begun to see the potential of the digital currency. Alongside bitcoin, altcoins began to see increased values and widespread adoption as well. While bitcoin skyrocketed, many investors scrambled to invest in any cryptocurrency that was financially viable for them, hoping to ride the wave of the next crypto boom. ICOs (Initial coin offerings) of thousands of altcoins began popping up, cashing in on the craze. 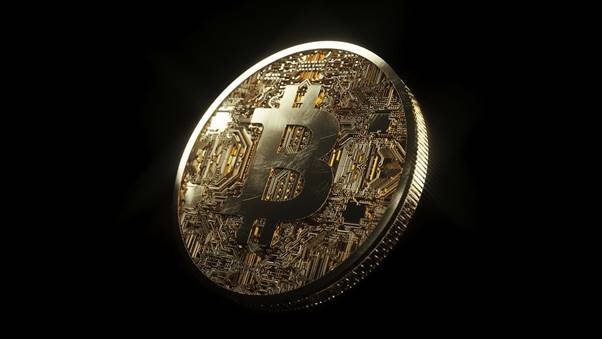 2018 brought with it a crushing bear downturn, one that bitcoin would never really come back from. The coin’s value dropped to near 80% as did the value of altcoins. Few survived the resulting prolonged bear markets, ICO’s of altcoins saturated the market, and few paid out. Few popular crypto exchanges delve into altcoins these days, with only the biggest names in coin exchanges like Bitvavo holding more than one or two different altcoins. Despite altseaon quite possibly being over, bitcoin has made a firm come back and prices seem to have stabilized near the usual $10,000 mark. So why does bitcoin continue to dominate?

Bitcoin, besides being the first widely recognized digital currency, it also functions differently than most other forms of cryptocurrency. While altcoins like the continually popular Ethereum focus more on creating much-needed technologies like smart contracts and decentralized applications (dApps), bitcoin has become synonymous with a store of value. Like gold.

Now, there are a few other altcoins that also look to behave more like an asset and less like a currency, but few of them have panned out. BitcoinCash probably being the best adopted out of all of them. Bitcoin has been tried, tested, and comes out true. The coin is back to performing well following a prolonged bear run in 2018, with a full-on shakeout at the beginning of 2020. Many speculate that this may be directly contributable to two reasons:

Most proponents of bitcoin are happy to believe that bitcoin is here to stay, but few think it will ever become the currency it was built to be. Unfortunately, due to low hash rate capabilities and scalability issues, the coin may have been meant to be a currency, but will most likely always function as an asset. However, it is an asset that is capable of turning a profit with savvy speculation, so few investors are deterred by this.

Why Altcoin Adoption is Slow

Some say the altcoin season was over by 2018. Following a prolonged bear run that all but decimated most of the somewhat promising ICOs of 2017, few have come back, but some of the bigger names in crypto believe that it may just be beginning. Historically, bitcoin took nearly six years to be able to capture enough mainstream adoption to become the coin it is today, with few altcoins having that kind of track record, some think the altcoin bubble is just beginning to inflate.

Largely because the underlying technology of many altcoins has yet to really show a need in the functionality of society. Coins like Ethereum, Tezos, and Ripple, all base their altcoin usefulness not on a store of value, but on the technology necessary for future endeavors. While these three may well be the most recognizable, they are nowhere near the only altcoins with a purpose.

Just as bitcoin is becoming a hedge to centralized banking systems born to bust, these tokens may address many other future problems we’re likely to see progress in the coming years- however, until those problems become noticeable, it’s unlikely that the altcoins will start to show the boom potential of bitcoin. Meaning that many may need to sit on a pile of loss and hope that the technologies they have invested in can weather the storm of time and economic evolution.

What it Means for Blockchain

In the past year, Ethereum holders saw a 4.75% rise in ROI over the last year. Ripple has seen a year loss at nearly 50%, and Litecoin, another historically strong altcoin has seen a staggering 60% loss on ROI in the last year. Where if you’re practicing HODL with bitcoin, you could enjoy a 27.33% jump, despite the bearish market without a well-sustained bull run.

Blockchain, the technology that underlies nearly all cryptocurrencies is a type of distrusted ledger system. Distributed ledger systems are a unique way of keeping books that are both publicly accessible and publicly maintained- provided you’re a part of the network. Blockchain is how cryptocurrencies remain decentralized. Since the advent of bitcoin, blockchain systems have been altered somewhat, but the premise remains firmly the same. Which means this particular technology isn’t going anywhere.

An investment in cryptocurrency is an investment in blockchain. The technology has been integrated into many different industries, that it’s become synonymous with contemporary tech. From healthcare to supply chain. Some investors contend that this is what gives bitcoin it’s staying power, as it’s unlikely that either technology will be filled into antiquity any time soon. Leaving bitcoin to dominate for years to come.

Crypto Price Analysis 6/16: Bitcoin is heading for a rally to $15k in August plus ETH, XRP, ADA

Why you should never stop learning about the Forex…

Why do the professionals trade with the best broker

Record-Breaking Oil Rally: How To Profit From…