Bitcoin surged Wednesday towards its best level in the last three years, led by the prospects of Joe Biden winning the ongoing US presidential election. 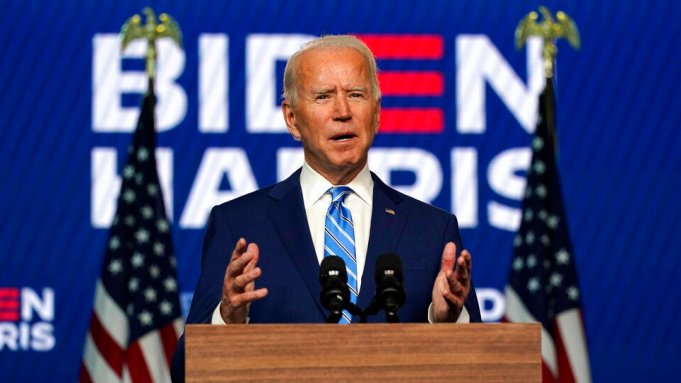 Democrat Joe Biden predicted a U.S. election win over President Donald Trump after pivotal victories in Michigan and Wisconsin, while the Republican incumbent sought to offset a narrowing path to re-election with lawsuits and demands for a recount.

Victories in those Midwestern states gave Biden, a former vice president who has spent five decades in public life, a critical boost in the race to obtain 270 electoral votes in the state-by-state Electoral College needed to win the White House.

“It’s clear that we’re winning enough states to reach (the) 270 electoral votes needed to win the presidency,” Biden, appearing with his running mate Kamala Harris, said in his home state of Delaware. “I’m not here to declare that we’ve won. But I am here to report that when the count is finished we believe we will be the winners.”

After Mr. Biden won Wisconsin, Bitcoin swang sharply towards $14,261 on Binance. Nevertheless, the cryptocurrency quickly retreated its course, only to find short-term support near the $14,000 level. 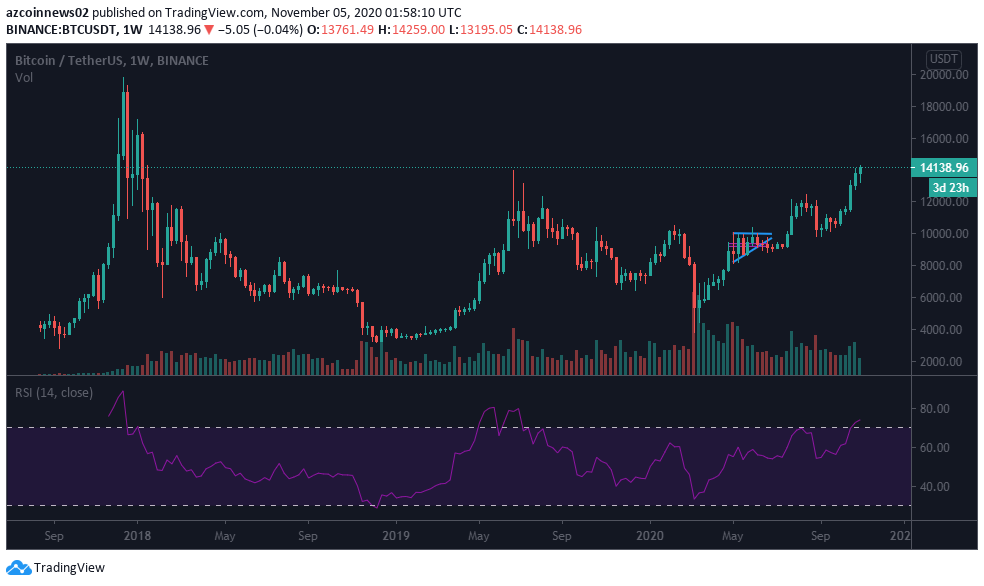 A new crypto market bull run could be brewing, and it is becoming more obvious by the day. The higher high that Bitcoin set on Halloween over the 2019 peak combined with the Black Thursday higher low, confirm that an uptrend is forming.

Another higher low, followed by yet another higher high, could be all it takes to send Bitcoin “parabolic,” according to Bloomberg Senior Commodity Strategist Mike McGlone. The top Bloomberg Intelligence analyst points to the yearly BTCUSD price chart, with a diminishing supply and annualized average price moving average thrown into the mix, as the reasons backing up the prediction.

McGlone’s chart highlights what he refers to as “strong up-years” following each halving acting as the catalyst. The cryptocurrency’s block reward halving takes place every four years, hence the relationship where new peaks arrive in intervals. 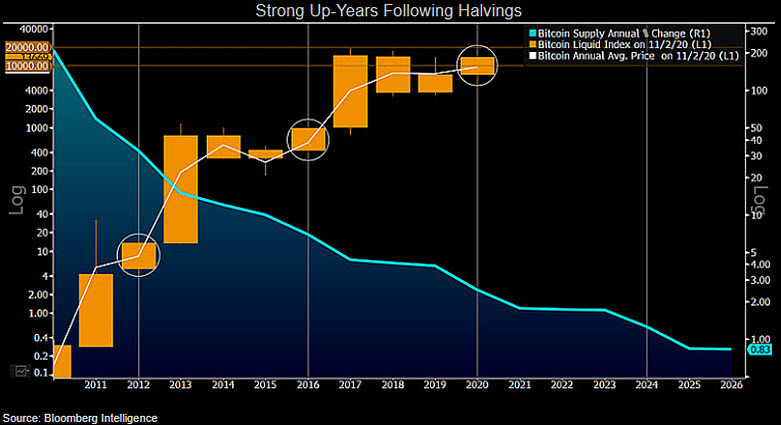 “Bitcoin may undergo a parabolic 2021, as it did in 2013 and 2017, if previous patterns play out again. New highs are a next potential iteration and may be only a matter of time unless something we don’t foresee trips up the trend of greater adoption and demand vs. limited supply,” he tweeted.

Bitcoin primed to consolidate or even drop

The chart below was shared by an analyst amid Bitcoin’s latest leg higher. It shows BTC’s price action has recently printed an “Extended 13” candle, which was last seen prior to consolidation in May, June and July. This candle was also seen at the December 2019 lows and the June 2019 highs, suggesting that a reversal is likely. 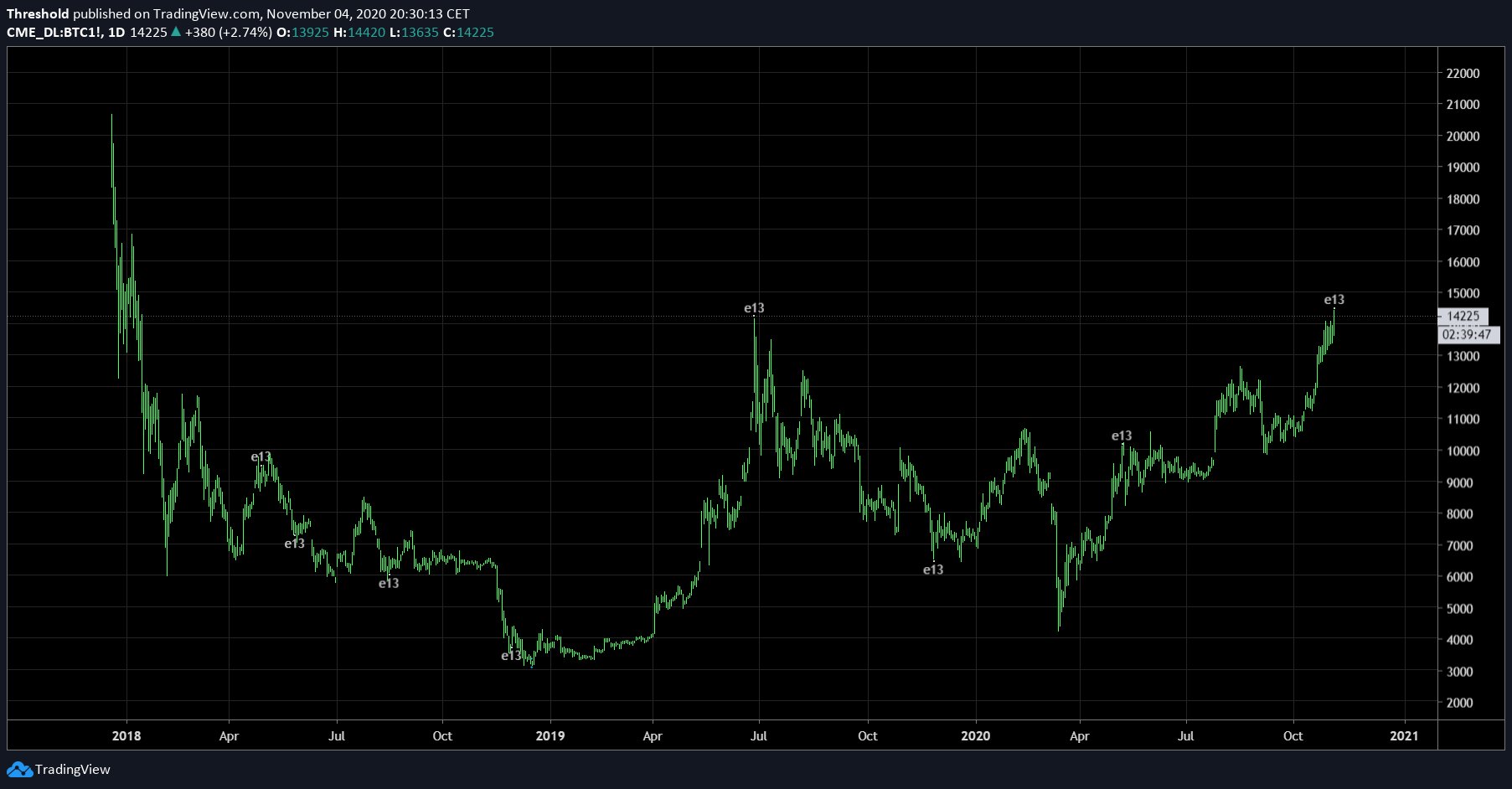 Other traders are also calling for Bitcoin to consolidate from here. One trader said that with the cryptocurrency failing to hold above the $14,000 weekly supply zone, it will likely reload with a dip toward $13,000, then potentially slightly lower if the market fails to catch a bid. He elaborated, referencing the chart seen below: 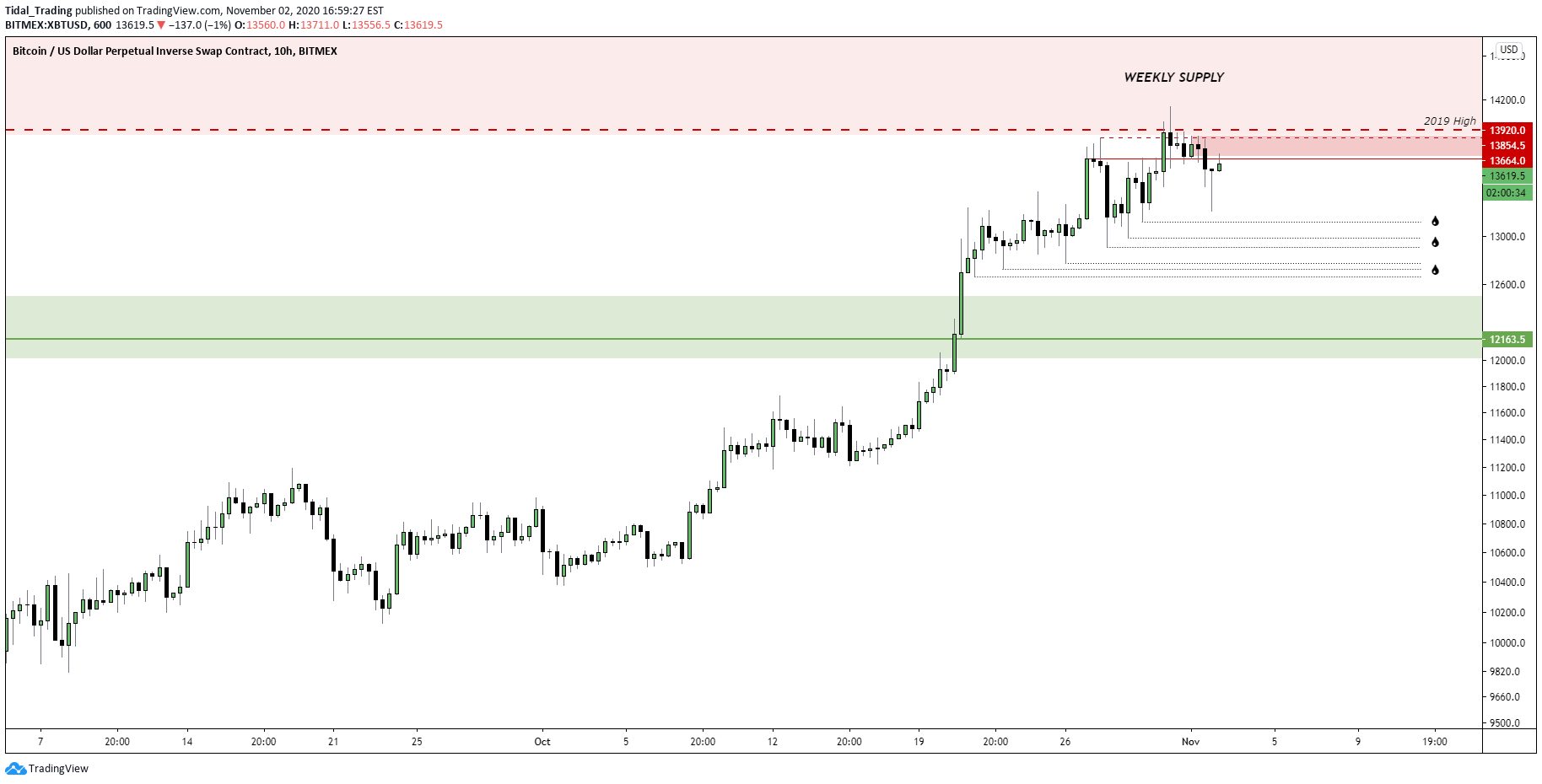 “$BTC looks like it needs to reload. Daily SFP into weekly supply, failed break above 2019 high, bear divs flashing on the daily time frame… Bring on the election dip.”

Ethereum 2.0 deposit contract has just been released on Github, with Genesis time set at Dec 1, 2020

Police in Daly City are investigating an incident of a man was duped out of approximately $27,000 in Bitcoin

Police in Daly City are investigating an incident of a man was duped out of approximately $27,000 in Bitcoin

According to SM Daily Journal, Bitcoin scams are on the rise and the tricks are getting more sophisticated. In it,…
Loading ... Load More Posts No More Posts