Bitcoin price was trading at about $38,400 but approximately where it started the weekend 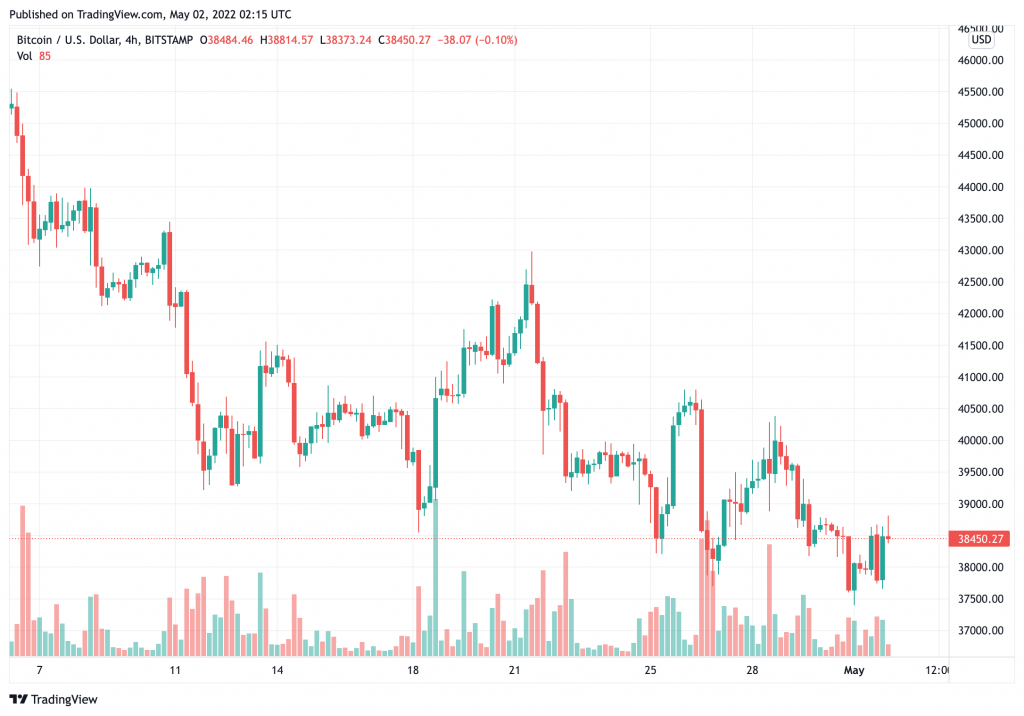 Bitcoin price returned to where it started the weekend

“In the first two hours of Monday crypto trading (UTC), Bitcoin’s network is seeing a massive 12.5 to 1 ratio of transactions in profit vs. transactions in loss territory. Traders’ confidence in BTC regaining the $40k mark appears slim”, Santiment reported. 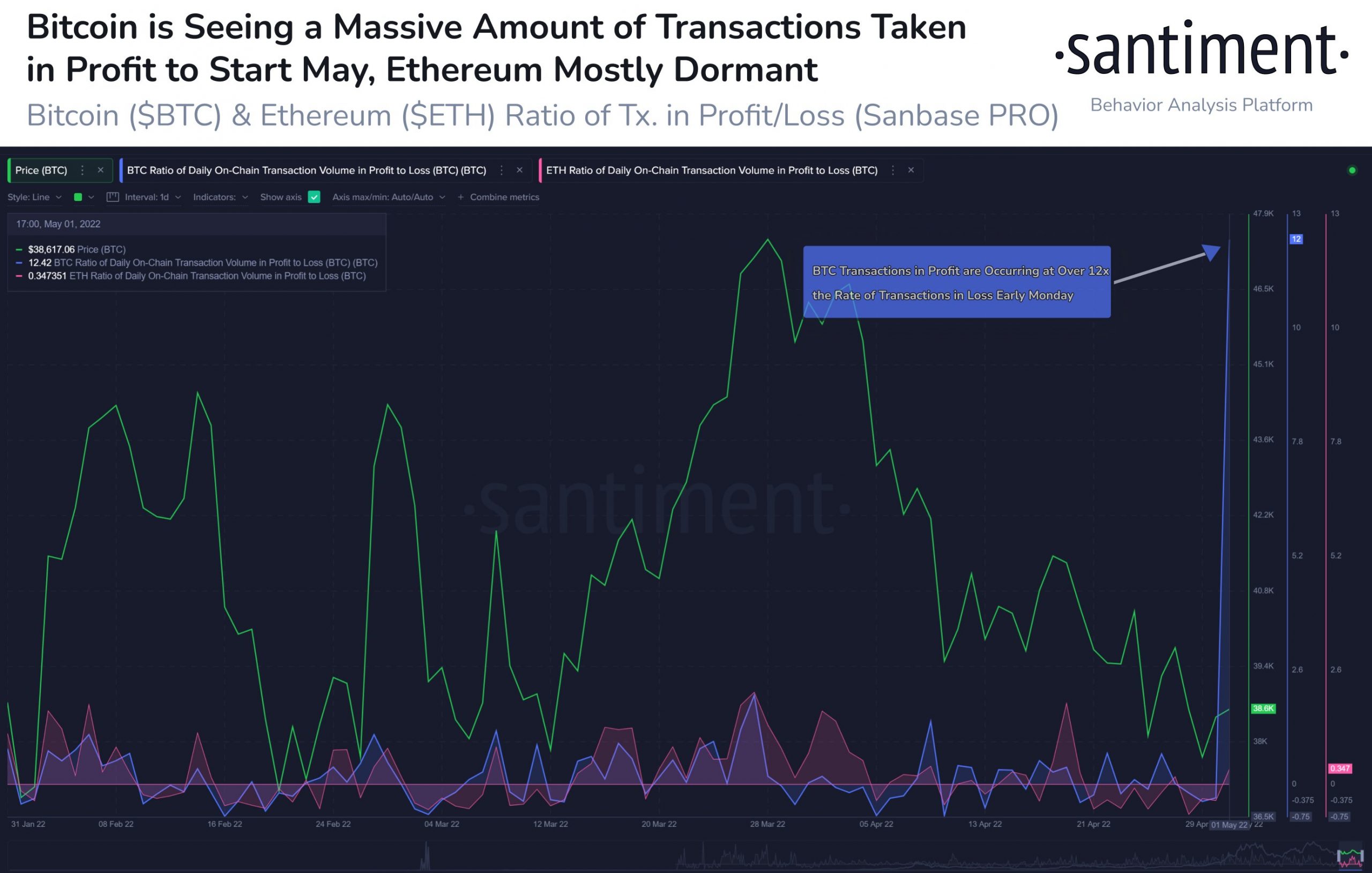 Bitcoin is testing support around its 100-week moving average, although upside momentum has slowed over the past month. The cryptocurrency could remain in a broad trading range until a decisive breakout or breakdown occurs.
This month, BTC is on track for an 18% decline and is down about 40% from its all-time high of around $69,000 reached in November of last year.

Most technical indicators are neutral on the daily and weekly chart and bearish on the monthly chart. That could increase the risk of a price breakdown, especially if support at $37,500 fails to hold.

A series of higher price lows since Jan. 24 has supported buying activity on dips. Still, resistance at $46,710 has capped rallies over the past three months.
For now, BTC is on the watch for a countertrend reversal signal next week, per the DeMARK indicators, which typically precedes a brief upswing in price.

Ether also follows a similar weekend pattern and is trading at around $2,840, up about 3.9% from the previous day but little changed from late Friday. Most of the other major cryptocurrencies have rallied recently. Terra and SOL luna tokens have grown by more than 5% and 7%, respectively, at one point. The popular meme coin DOGE is up nearly 6%. Trade is light as usual at the weekend.

The overall cryptocurrency market cap stands at $1.741 trillion, and Bitcoin’s dominance rate is 42.2%.

Judge has modified a proposed calendar on SEC v. Ripple case in a bid to end proceedings before end of year

Bitcoin price is testing an important support zone, although…

The share of Shiba Inu (SHIB) being burned increased by 800% to a new record of 12.8 billion tokens shortly after…
Ripple News