There was no major stimulus announcement, but Bitcoin price was still able to hit a five-week high on the first day of the week

There are no major stimulus announcements, but Bitcoin price could still hit five-week highs on the first day of the week. BTC established an intraday high of $ 11,736 before profit-taking sentiment pushed the price lower. Bitcoin has dipped to specific support of $ 11,500; at press time, BTC is trading around $ 11,481.

Traders are showing more and more interest in cryptocurrencies hoping that the US Congress will complete a second COVID-19 stimulus package. They also co 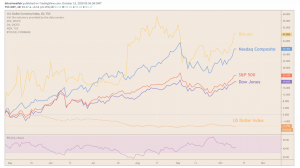 ntinuously bought BTC / USD after Square had displayed $ 50 million worth of BTC in their balance sheet – almost 1% of their total assets. 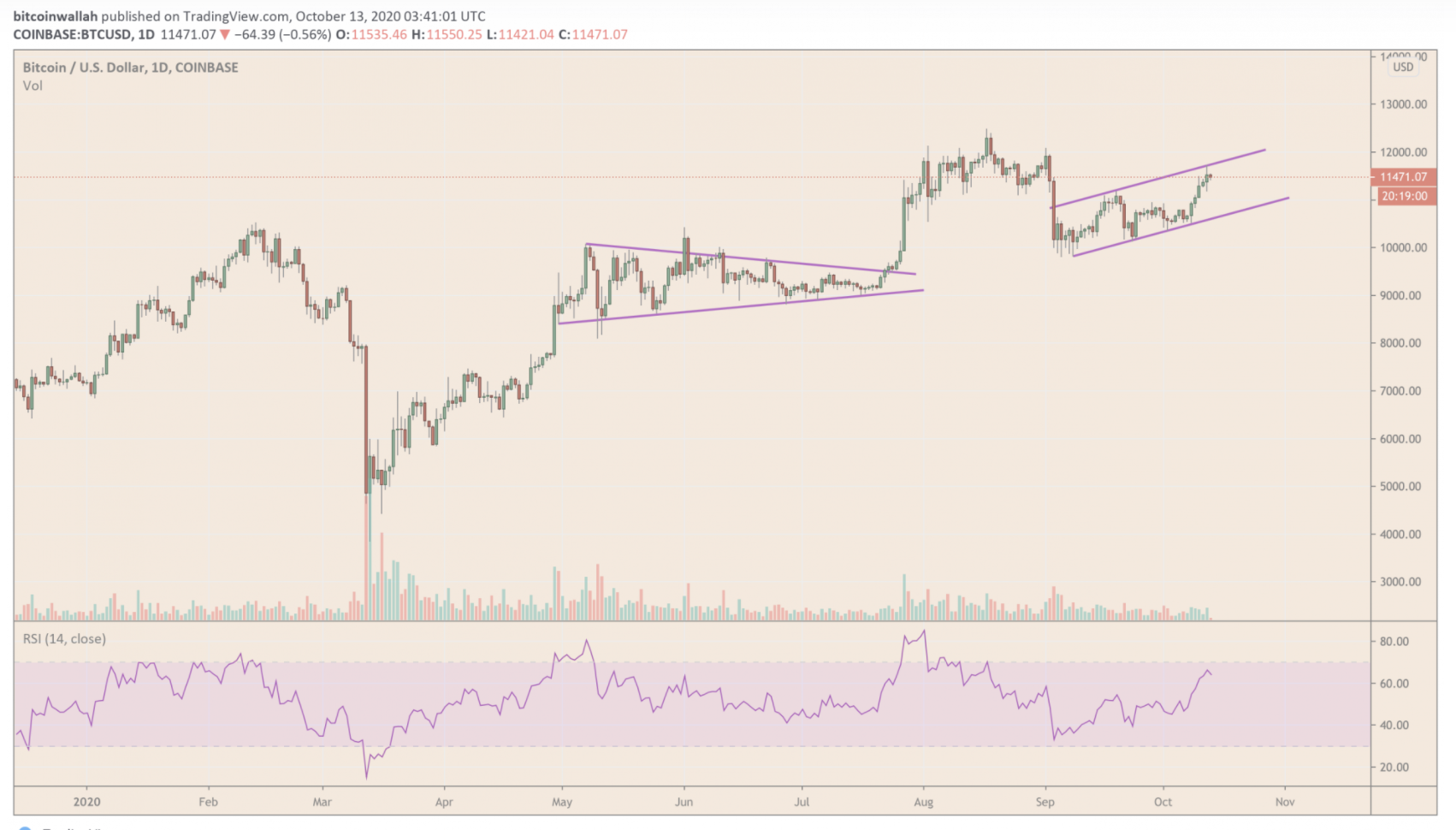 But the effect from Square was fading as Bitcoin tried to close above $ 11,500 throughout the weekend. Simultaneously, the stimulus deal saw another delay after House Democrat Nanci Pelosi rejected Republican $ 1.8 trillion bailout proposals.

The Square-Stimulus combination dipped Bitcoin’s higher bullish outlook. But cryptocurrency has done just that with catalysts emerge from the US stock market anyway.

The move-up above $ 11,500 in Bitcoin markets coincided with a rally on Wall Street.

The tech-heavy Nasdaq Composite registered the third-highest close with a 2.6% gain to 11876.26.

The synchronous gains for Bitcoin and on Wall Street came just before third-quarter earnings. 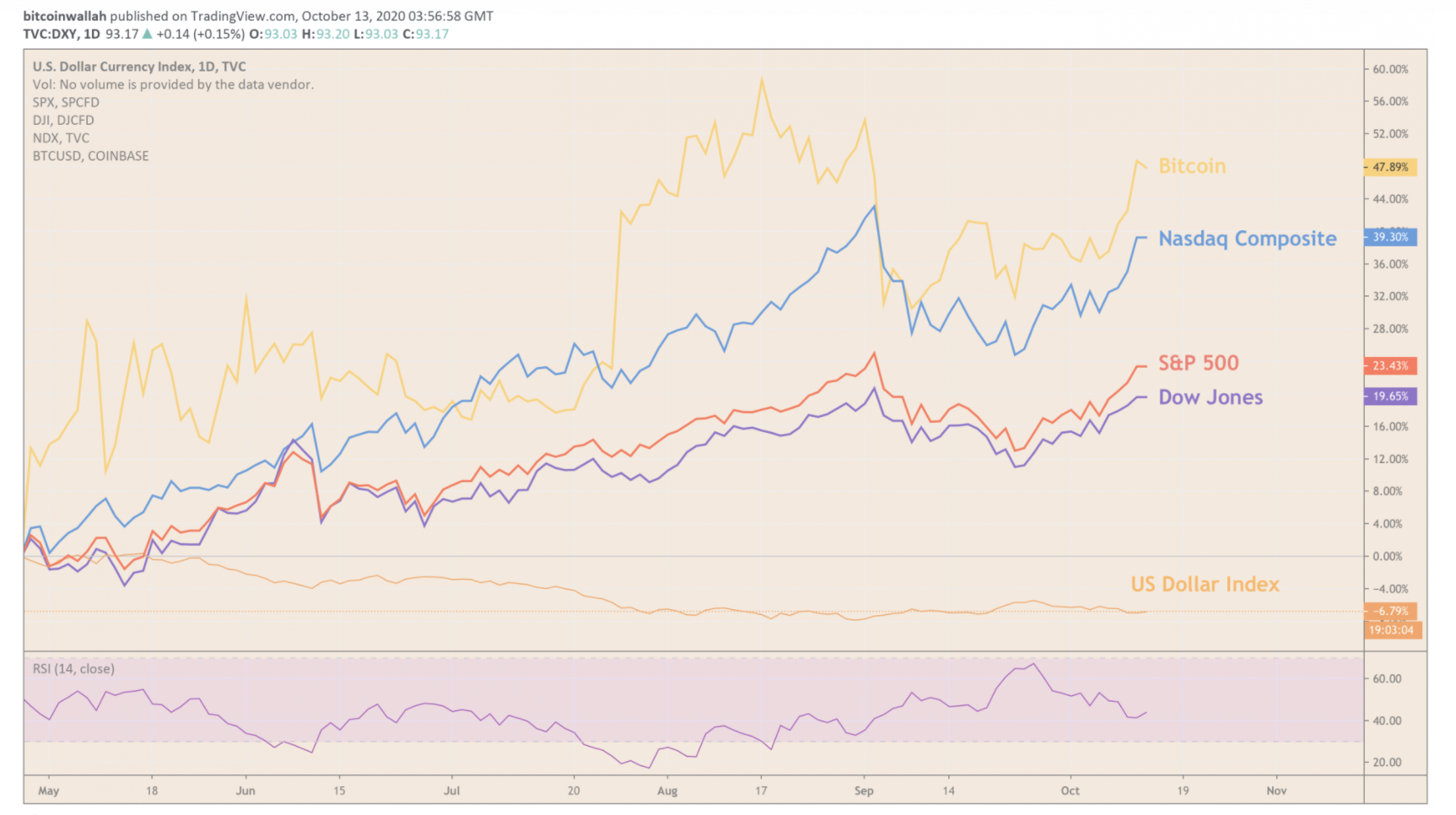 The Wall Street Journal reports that analysts raised their estimates during the aforementioned financial period:

“With the economy continuing to slowly reopen, profits of the large U.S. companies in the flagship stock index are now projected to drop 20 percent from a year earlier in the third quarter,” the paper read. “That is an improvement from the 25 percent decline anticipated at the end of June and the 32 percent drop reported for the second quarter.”

That increases the likelihood of investors holding their stock positions. In turn, it relieves selling pressure out of Bitcoin, an asset that by March 2020 became a scapegoat for investors looking to offset losses in their stock markets.

What’s more, with US presidential election polls showing a clear win for Joe Biden, investors have begun to predict more monetary support from the government after November 3.

Until then, economists have cut their forecasts, which could lead to a period of higher volatility across both the US stock market and Bitcoin.

Content and analysis from the Oct. 9 FactSet Earnings Insight report and FactSet Insight article were cited in this article “As earnings season kicks off, only 48% of companies have resumed giving investors guidance” posted to @FortuneMagazine today: https://t.co/JsfAynTVzH

FactSet, a firm polling Wall Street analysts on their predictions for the S&P 500, has highlighted the risks in the uptrend. The company noted that 184 of the 285 companies listed on the US benchmark index withdrew their financial data and forecast release.

That raises concerns about overvalued shares, which will later lead to significant downside risk. In return, it would also put Bitcoin’s rally in danger of a halt or a reversal.

Blockchain technology will make up 1.4% of the global GDP in 2030, PwC report