Bitcoin price surge continues nearly $21,000 for the first time since the FTX collapse in early November

Bitcoin price maintained steady at $19,800 on Friday, up 5% for the day and 15.7% for the week, the highest weekly performance since March. Consistent with the rally, the “volatility smile” of Bitcoin options shows an increase in demand for out-of-the-money call options – bullish bets at strikes higher than the cryptocurrency’s prevailing market price – relative to puts or bearish bets. At the time of writing, BTC is changing hands at $20,914. 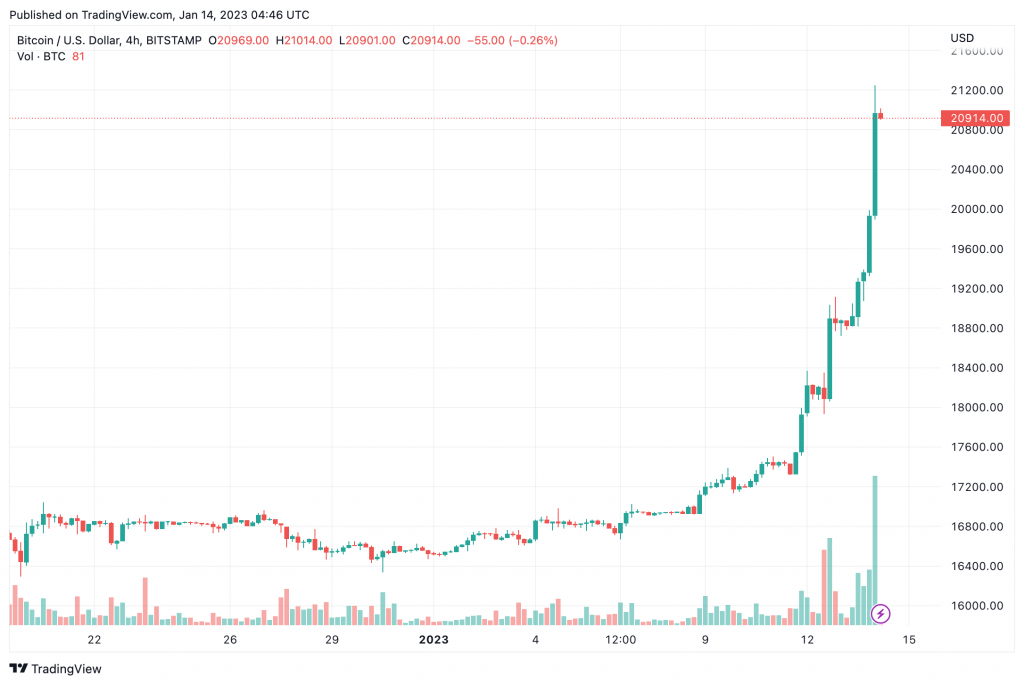 Ether (ETH) was recently trading at $1,427 per coin. Over the last week, the price of ether increased by 12.9%. Last year, the Merge of the Ethereum blockchain became a focal point of frantic speculation in crypto markets. Now, traders of digital assets are beginning to forecast potential market scenarios ahead of Ethereum’s next major milestone, known as the “Shanghai hard fork.”

The price of Bitcoin Cash (BCH) jumped over 10% at one point on Friday as traders analyzed the market implications of probable network modifications ahead of the Bitcoin Cash protocol’s hard fork in May. In the last 24 hours, BCH has risen beyond barrier levels of $108 to as high as $125. It has returned to $122 at the time of writing.

Since the beginning of the year, Decentraland (MANA) has been the best-performing digital asset. MANA’s price rose 23% to 50 cents at the time of publication. The recent price jump came as Decentraland introduced new features for users.

Solana (SOL) finished its second week of great performance with a 26% increase, following a 35% increase the previous week. Avalanche (AVAX) led the pack with a 34% increase.

“While traders are celebrating the resurgence of Bitcoin (back over $21k) and Ethereum (back over $1,550), Solana is the real star as the weekend is kicking off. Up +22% in the past 2 hours alone, SOL has been fueled by liquidated shorts”, Santiment reported. 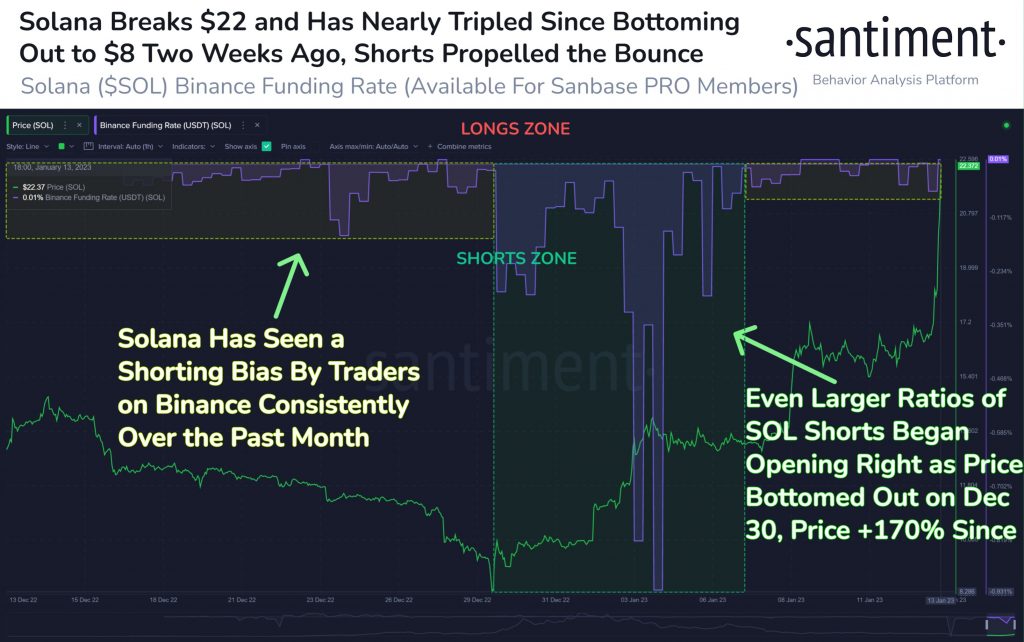 Traditional markets were also stronger for the week, with the S&P 500 rising more than 2% as Q4 earnings season began and US inflation numbers, while still elevated, continued to fall. The first monthly inflation reduction in two and a half years and continuing substantial yearly declines in both the headline and core readings have added to the optimism.

On Friday, the cryptocurrency market maintained its uptrend, with Bitcoin reaching a high of slightly over $20,000 per coin. According to CoinGecko, Bitcoin hasn’t been priced this high since early November, before the stunning collapse of FTX.

The broader crypto market is also showing signs of life, with the industry’s overall market value currently standing at $979 billion, up 3.8% in the last 24 hours. According to CoinGecko, more than $72 billion in cryptocurrency has been moved in the last day.