Bitcoin price slumped to about $21,500 when the Celsius withdrawal halt combined with a sell-off in traditional markets to sour trader spirits. At the time of writing, BTC is changing hands at $21,472. 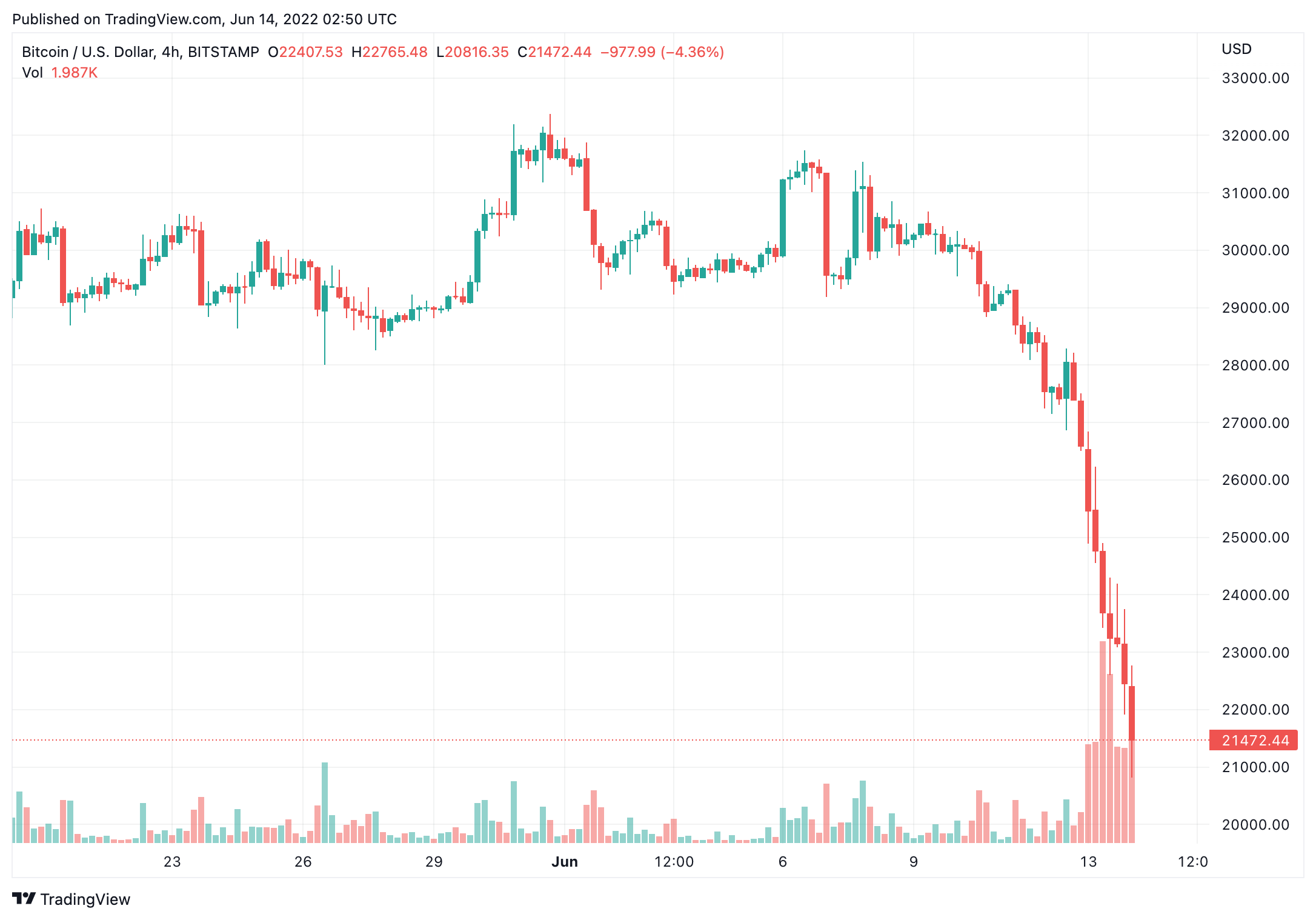 Bitcoin price tumbles most in 1 year as crypto cracks appear

Investors had their choice of comparatives for describing the deep dive. Bitcoin sank to its lowest level since December 2020. The largest cryptocurrency by market capitalization fell to less than a third of its all-time high of nearly $70,000 just eight months ago and less than half of where it perched at the start of 2022.

It was down 16% over the past 24 hours, a rare single-day, double-digit dip, and off over 30% from a month ago when it settled around $30,000 following the collapse of the TerraUSD token. It fell for the seventh consecutive day. By most any measure, Bitcoin had a very, very, very bad day.

So did cryptos in general, whose combined market cap tumbled below $1 trillion for the first time since early 2021 amid ongoing inflation fears and a torrent of bad news from various protocols, including crypto lending platform Celsius’ announcement that it was pausing withdrawals amid “extreme market conditions.” Bitcoin was recently trading at about $21,400, down more than 16% over the past day. As for major altcoins, the question wasn’t whether they were in the red but by how much.

“Bitcoin has now dropped -28% in the past 7 days, and Ethereum dropped over a third of its market cap. Displayed are the top 100 market cap assets and their heavy bleeding, but several smaller assets have now dropped more than half their values”, Santiment reported. 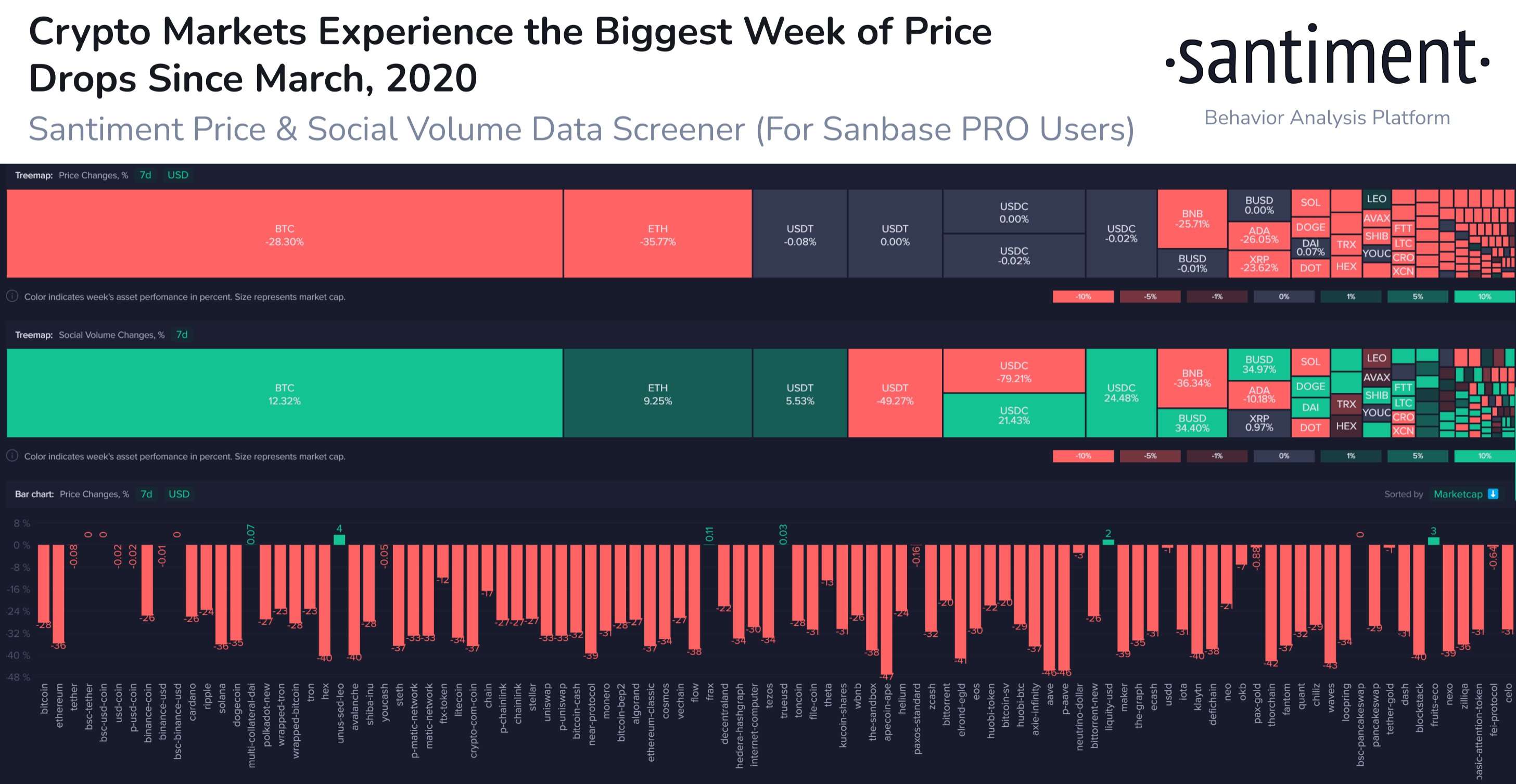 Ether, the second largest crypto by market cap, was changing hands at roughly $1,200, off over 17% during the same period and its lowest level since January 2021. CRO was off more than 20% at one point amid news that the crypto exchange would pare about 5% of its workforce, roughly 260 jobs. Wrapped Bitcoin (WBTC) and TRX were down nearly the same at that time.

The overall cryptocurrency market cap stands at $892 trillion, and Bitcoin’s dominance rate is 45.1%.