Bitcoin price struggled to make a decisive move above or below $30,000. The cryptocurrency appears to be stabilizing, although sentiment among traders remains bearish. At the time of writing, BTC is changing hands at $29,850. 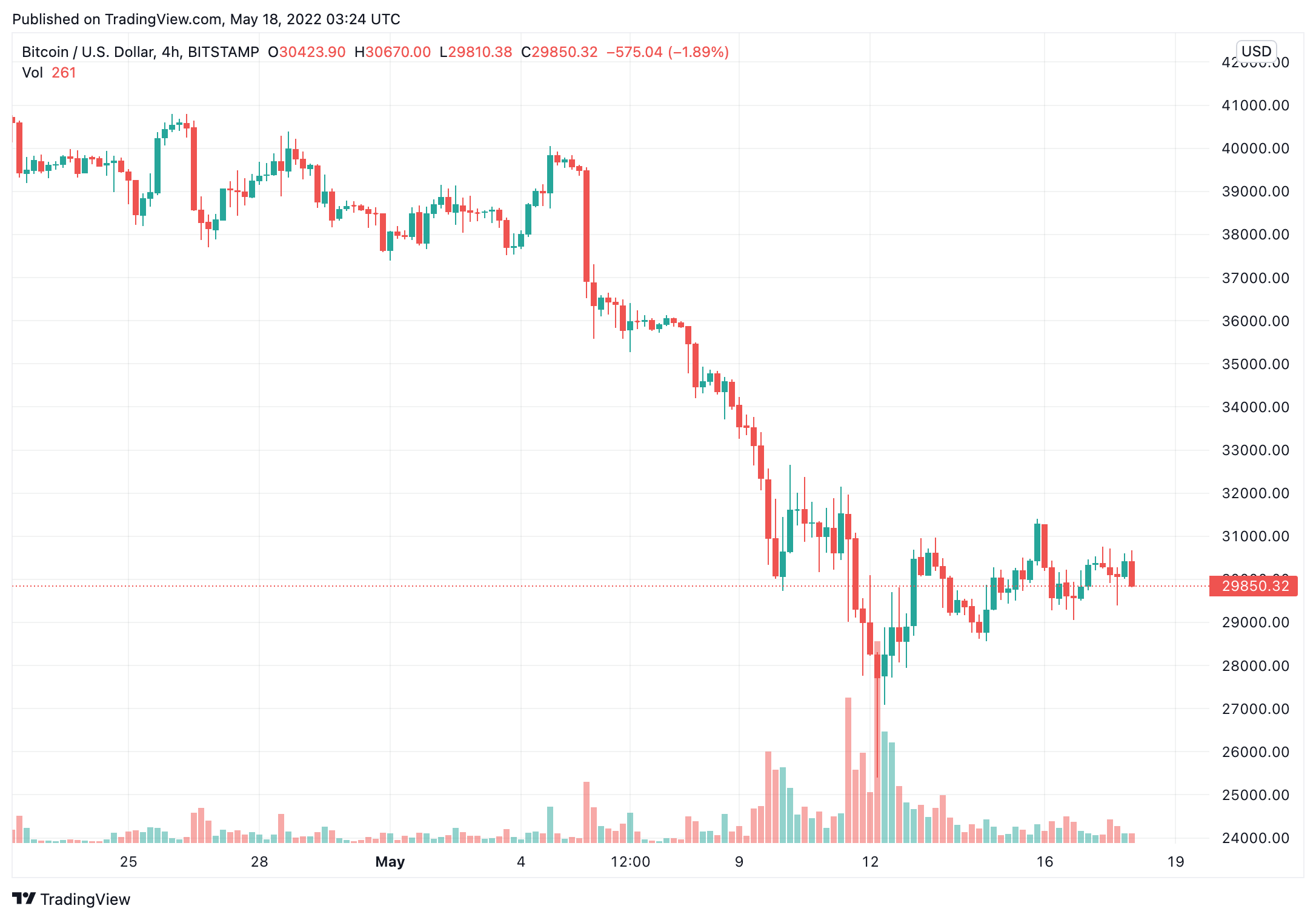 Bitcoin price is stabilizing at around $30,000 while stock market volatility begins to fade

Bitcoin and other major cryptos were largely green late yesterday as the market continued to solidify, but the small surge seemed more a reprieve than a sea change in bearish sentiment that intensified last week during TerraUSD stablecoin (UST) implosion. The largest cryptocurrency by market capitalization was recently trading below $30,000, a slight decrease of 0.5% in the last 24 hours. 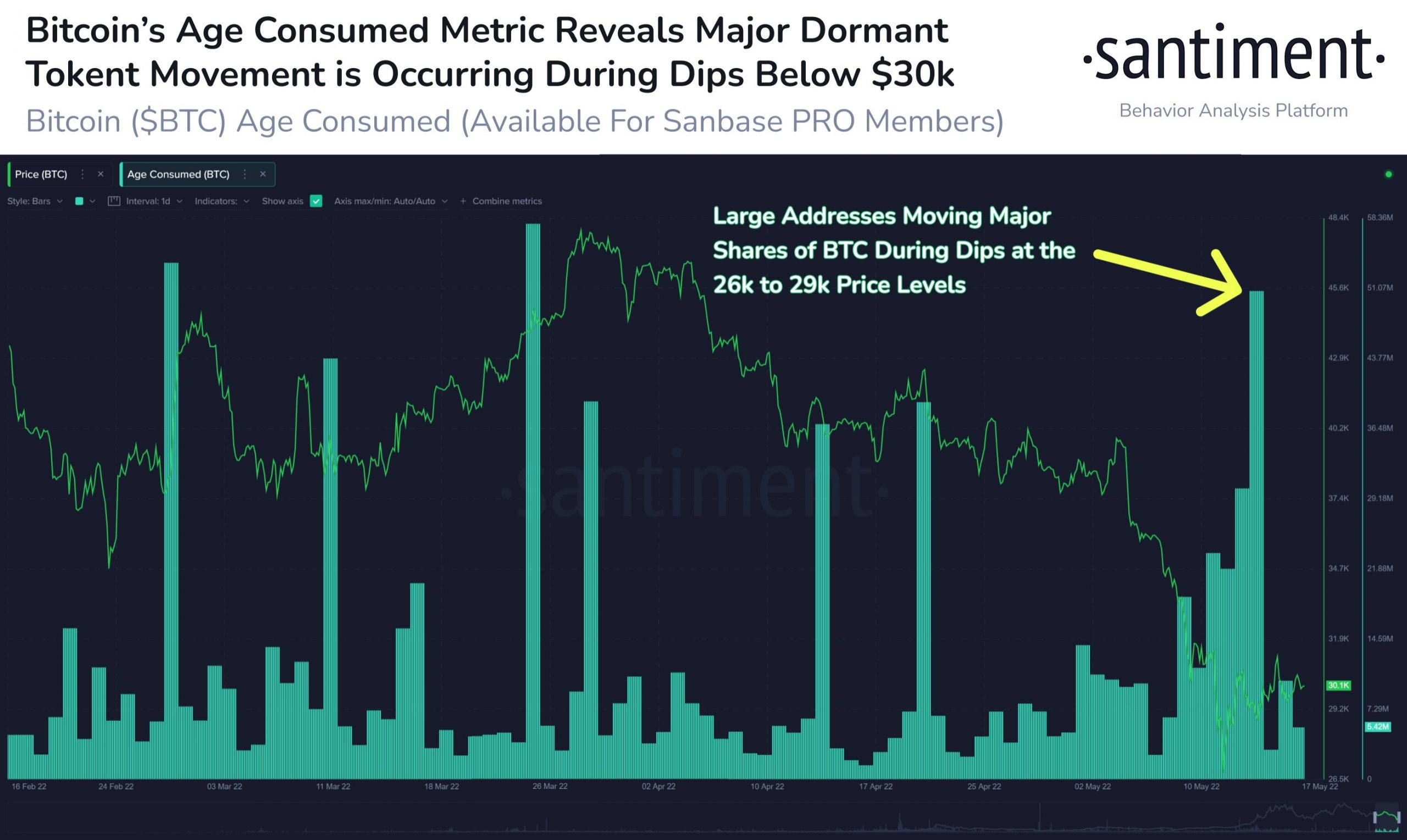 Bitcoin continues to trade below $30,000, near the bottom of a year-long price range. The cryptocurrency appears to be stabilizing, although resistance at $33,000 and $35,000 could stall an upswing in price. BTC was roughly flat over the past 24 hours and is down by 24% over the past 30 days. The recent sell-off extended bitcoin’s short-term downtrend despite oversold conditions on the chart.
The Relative Strength Index (RSI) on the daily chart is rising from oversold levels, reached on May 12 when BTC declined toward $25,300. Typically, oversold signals precede a price bounce, similar to late January.

Further, on the daily chart, BTC is on track to register a positive momentum signal per the MACD indicator for the first time since late March. Still, momentum signals remain negative on the weekly and monthly charts, suggesting limited upside.

Ether was down about 1% during the same period, maintaining its most frequent, recent perch above $2,000. ALGO and MATIC each rose over 7%. SOL, CRO, and ADA recovered from midday drops and were up about 4%.

Some altcoins underperformed Bitcoin, which indicates a lower appetite for risk among short-term traders. For example, Decentraland’s MANA token was down by 3% over the past 24 hours, compared with BTC’s flat performance over the same period. Still, some alts gained on Tuesday such as Litecoin’s LTC, which was up by 4%.

The overall cryptocurrency market cap stands at $1.298 trillion, and Bitcoin’s dominance rate is 44.2%.