Bitcoin price spikes again, Ether continues to soar on euphoria about the Merge

Bitcoin price blasted through the $23,000 threshold early in the day, raising over $23,700 at one point. The largest cryptocurrency by market capitalization was recently trading near $23,600, a more than 6% gain during the previous 24 hours and up approximately 20% from a week ago. At the time of writing, BTC is changing hands at $23,102. 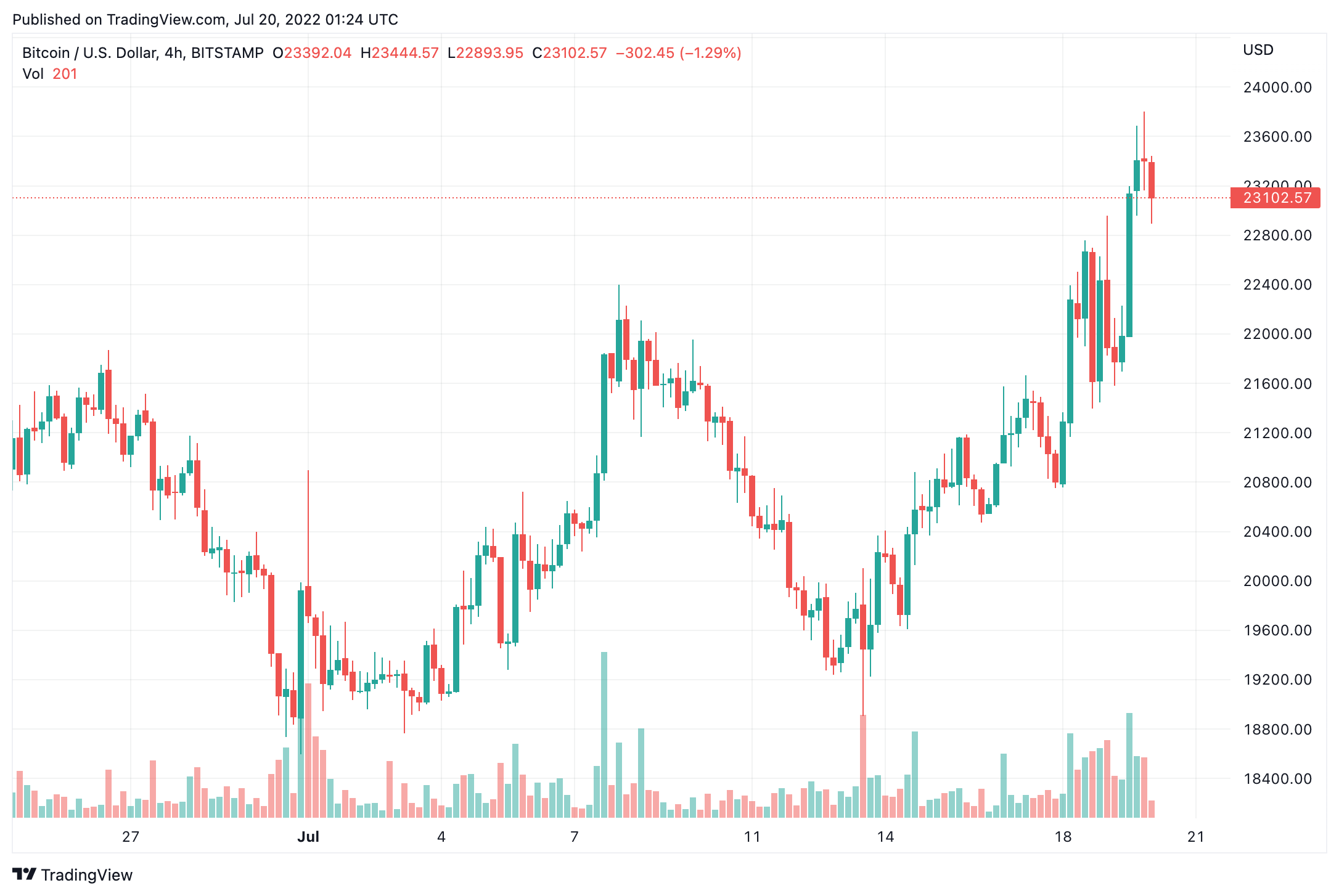 Bitcoin price broke above $23,000. In two days, the largest cryptocurrency by market capitalization has climbed by more than 12%, pushing the price to its highest point since BTC collapsed on June 13.

“Traders are changing their tune and are smelling a long-term breakout after a dominant Bitcoin Tuesday. With the #1 market cap asset in crypto surging, the ratio between BTC longs and shorts is at its highest point since early May”, Santiment reported. 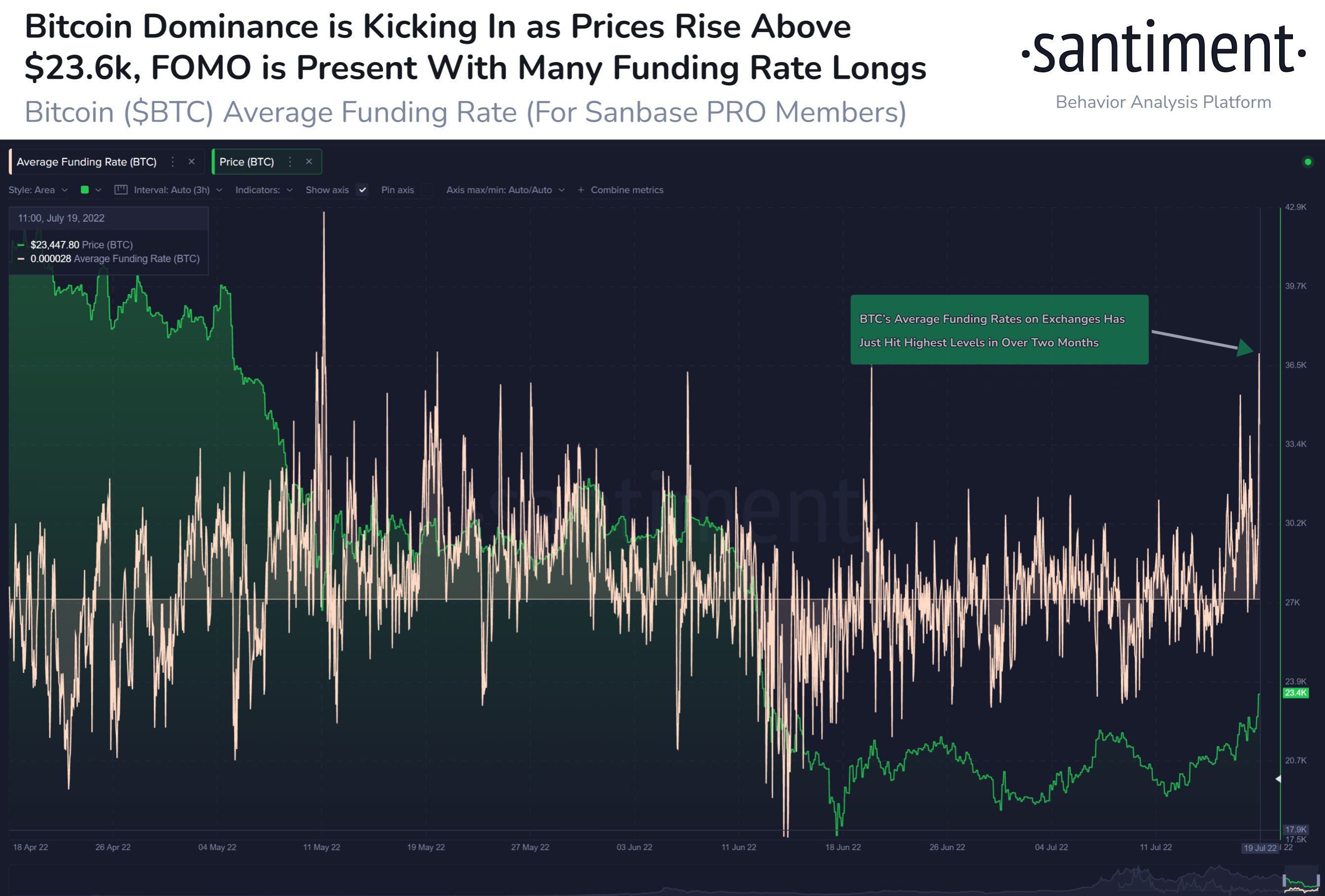 Yet, Bitcoin’s performance pales next to ether, the Ethereum blockchain token, which has skyrocketed about 50% over the past seven days as updates trickle in about the Merge. The Merge will shift the protocol from its current, energy-sapping proof-of-work model to a more environmentally friendly proof-of-stake one. The second-largest crypto by market cap after BTC was cruising comfortably above $1,500, a more than 1.5% increase over the previous day.

The Crypto Greed & Fear Index, which tracks investors’ cryptocurrency sentiments, moved from “extreme fear” to “fear” and rose 10 points to 30, the highest since April. Crypto prices continued to soar amid renewed investor confidence about the future of the economy and the long-anticipated Ethereum Merge. Most altcoins gained, with FLOW leading the charts, up 16% over the past 24 hours. 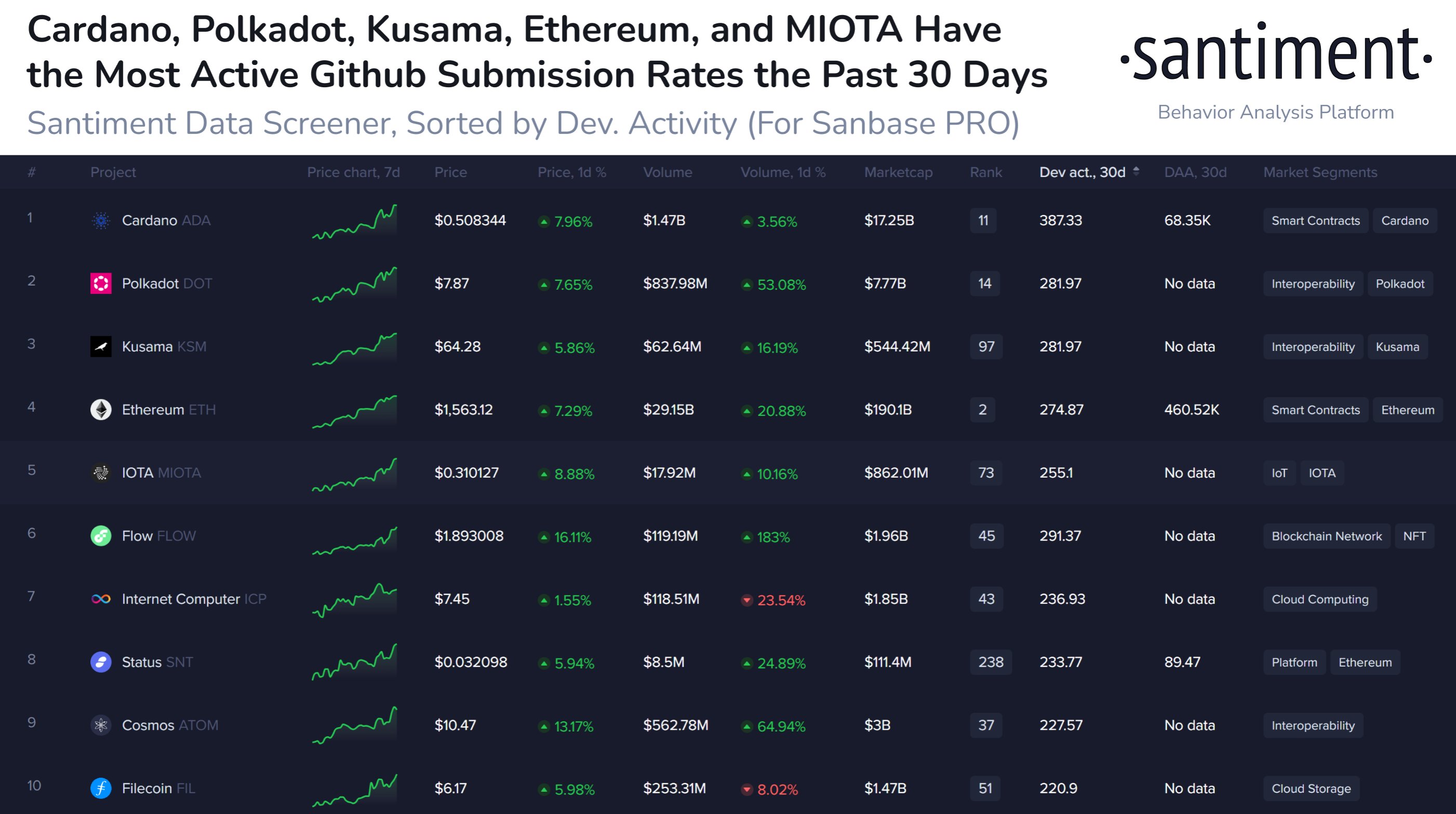 The exchange has activated a “killswitch” that will eventually phase out rune (RUNE) based on the Ethereum blockchain and BNB Chain in favor of rune issued on its native blockchain. The move comes weeks after THORChain’s native blockchain went live on seven supported networks.

The overall cryptocurrency market cap stands at $1,043 trillion, and Bitcoin’s dominance rate is 42.1%.

U.S. Congressman stated that XRP is a security