Bitcoin price spiked toward $40,000, XRP, SOL, DOT and AVAX are among the best performers

The crypto market has turned green after the latest FOMC meeting, with Cardano leading the way. At the time of writing, Bitcoin price is trading near $40,000, at $39,537. 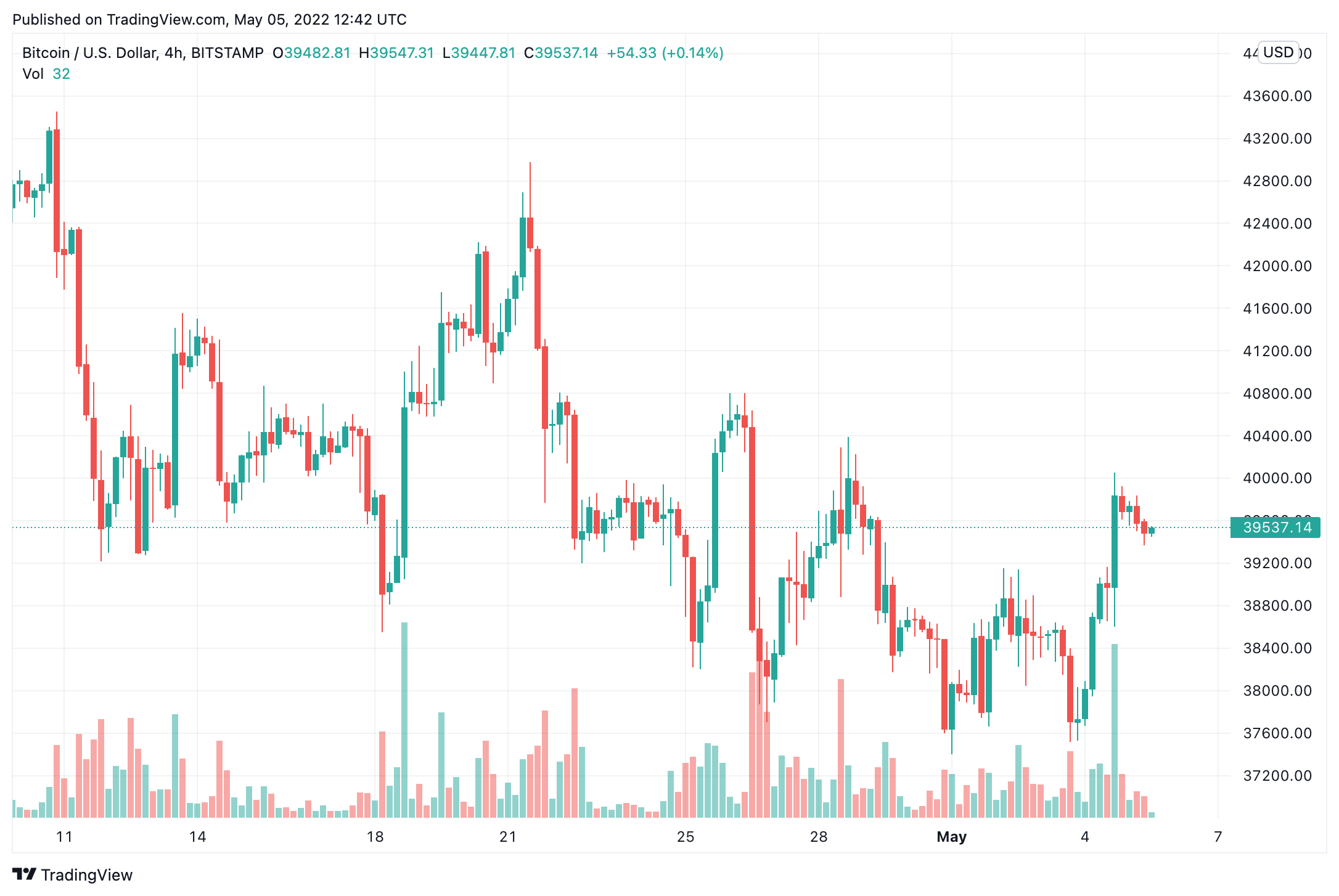 As AZCoin News reported, yesterday’s FOMC meeting positively impacted most of the crypto market, with Bitcoin skyrocketing to $40,000. Most altcoins are also green. Cardano, Solana, Polkadot, and Avalanche are among the best performers.

Since being rejected last week at above $40,000, the landscape for the major cryptocurrency has been rather bearish. It quickly fell back below that level and continued to depreciate. This resulted in a drop to a two-month low below $37,500.

Despite bouncing and challenging $39,000 over the next few days, the asset ultimately failed and fell back below $38,000, as reported yesterday.

It approached and stood around $38,500 ahead of the highly anticipated FOMC meeting, which took place yesterday evening. Fed Chairman Jerome Powell said the institution would raise interest rates by 50 basis points (instead of 75 as expected).

This positively affected the BTC price, which surged to an intraday high of $40,000. The cryptocurrency has dropped in price by a few hundred dollars, but it is still up around 2% on the day. As such, its market capitalization is above $750 billion.

Altcoins were also in bad shape about last week, but green has taken over the market right now. Ethereum fell to $2,700 the day before but has stood above $2,900. This comes after a 2.5% increase on the daily scale.

The crypto market capitalization has increased by about $60 billion per day and is now at $1.8 trillion.

Top 5 Potential Altcoins To Buy In May 2022, According to Cheeky Crypto