Bitcoin price spent much of the weekend in the red and below $19,000; altcoin also fell

Bitcoin and ether were both down over the past week after another volatile week of trading in which macroeconomic sentiment continues to guide prices. At the time of writing, the Bitcoin price is changing to $18,898. 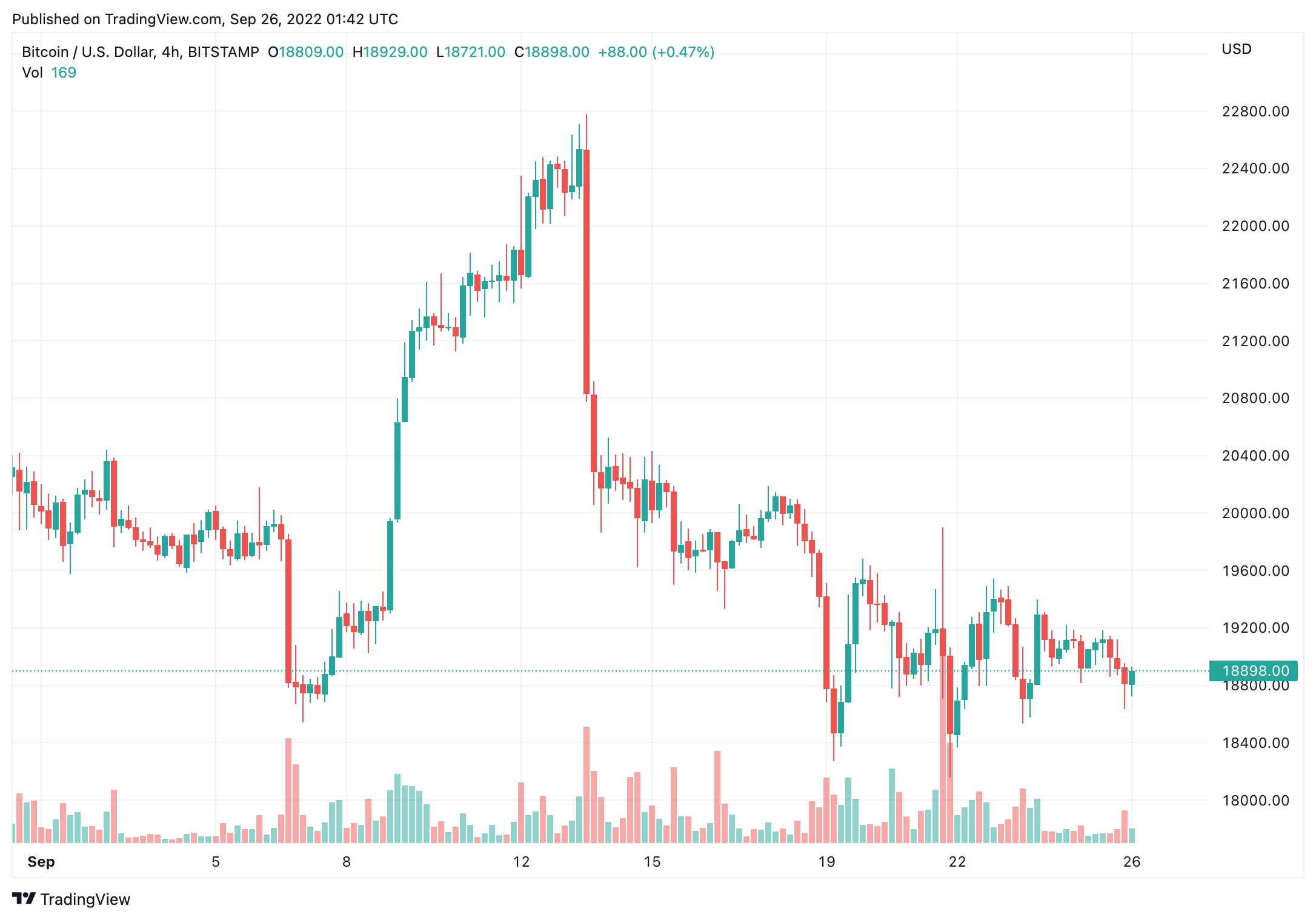 With a couple of brief detours higher, bitcoin remained below $19,000 throughout the weekend. The largest cryptocurrency by market capitalization was recently trading at about $18,800, down slightly less than a percentage point over the past 24 hours. The decline capped a turbulent week of steep interest rate hikes by the U.S. Federal Reserve and other central banks and shrinking economic indicators that point toward recession.

Bitcoin remained under pressure due to the macro economic environment, and we maintain that below $20,000 remains a strong accumulation opportunity for mid- to long-term horizons.

“Reasons for the recent decline likely include a combination of buy-the-rumor, sell-the-news flows specific to Ethereum’s Merge event along with broader weakness in risk assets due to more hawkish central banks.”

The U.S. Federal Reserve raised the U.S. federal funds rate by 75 basis points on Wednesday, marking a 15-year high. The decision to take the rate to 3% to 3.25% had been expected, with the market pricing in a rise of 75 basis points ahead of time; however, markets sold off sharply on the news.

Post Merge, Ether spent a similarly dreary weekend almost entirely in the red. The second largest crypto in market value was recently changing hands at about $1,300, down more than a percentage point from the previous day. ETH has been trading lower over the ten days since the Merge, the technological shift of the Ethereum blockchain to a more energy-efficient, proof-of-stake protocol. Other major cryptos were red with SOL and popular meme coin DOGE, each down more than 2%.

Chingari - a social video network similar to Tik Tok - will soon be on the Aptos blockchain following a recent…
Loading ... Load More Posts No More Posts