The market is growing actively as many Altcoins have also increased up to two digits during the day. The current price of Bitcoin continues to form a new peak and has reached $ 9,800 before falling to $ 9,650. In other happenings, since entering the lowest price of $ 76.29 back in December 2018, Bitcoin Cash has been rising slowly and steadily, up nearly 480% as of today. Much of this growth occurred over the past two months, through the New Year, a time when BCH more than doubled in value.

Bitcoin price made a new high of $ 9,800 after records from the BTC futures market

As AZCoin News reported, Bitcoin futures contracts that matured in May and June 2020 were priced at $ 10,000 and were transferred continuously on exchanges. This shows that investors are quite confident in the future of Bitcoin.

The Open Interest (OI) index of Bitcoin futures on BitMEX has reached $ 1.5 billion. This indicator shows the volume of contracts that traders open on exchanges. 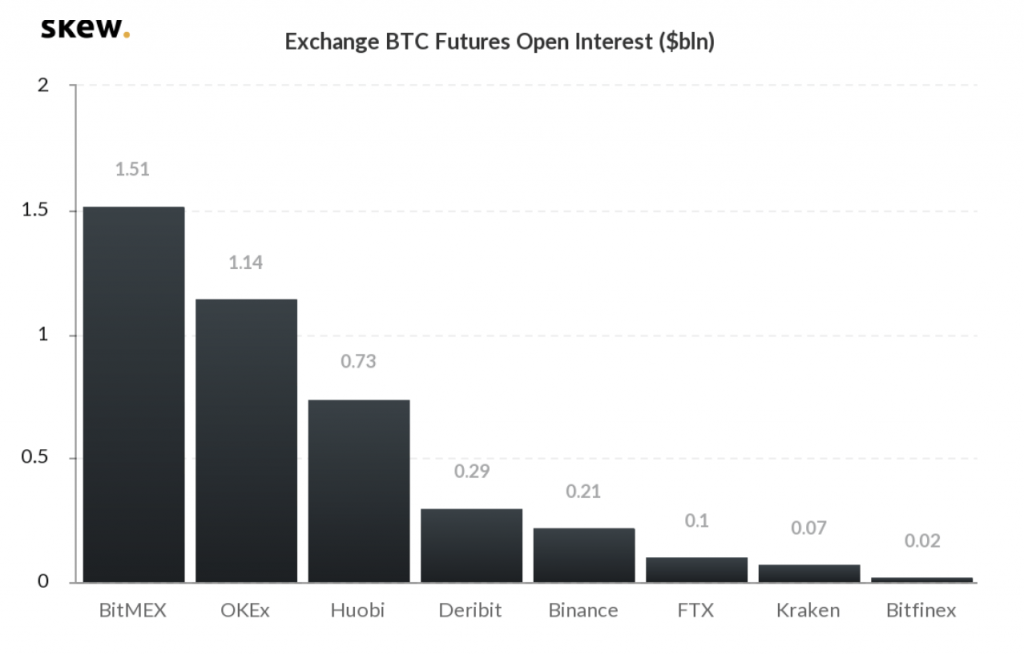 Often many cryptocurrency traders will track the OI to gauge the intensity of the market as well as the price of Bitcoin. When Bitcoin and OI prices increase, it means that the uptrend is strong. Interestingly, OI’s $ 1 billion marks were broken, and Bitcoin is still on a steady rise. OI has also risen sharply on many exchanges over the past weeks as Bakkt recorded even volumes of up to $ 13 million on February 5. CME also registered a record after five months of $ 249 million.

At the moment, 9,800 has turned from resistance to support. Accordingly, the price is quite possible towards the landmark of $ 10,000. If this psychological barrier is overcome, the market can quickly head towards $ 10,300 and $ 10,500.

This week, there was a strong start of a bullish move in Ethereum above the $ 195 resistance level. Therefore, the ETH price has risen above the $ 200 and $ 205 resistance level. Moreover, ETH has broken down. New $ 220 levels and well settled on the 100-hour simple moving average. A new high in 2020 was formed near $ 221, and prices are currently trading nicely in a strong uptrend.

Initial support on the downside is near $ 217. It coincides with the Fib 23.6% retracement of the recent rally from a low of $ 204 to a high of $ 221. More importantly, there are two trend lines. The primary bullish trend is formed with support near $ 215 and $ 205 on the hourly chart of ETH/USD. Therefore, Ethereum is likely to remain well supported on the downside if it corrects lower from $ 221.

In other happenings, Tron increased by 11.08%, Binance Coin increased by 8.4%. In the 18 months prior to Bitcoin’s July 2016 halving, BTC increased by more than 300%, with most of this growth occurring two months before the halving date. Compared to Bitcoin, it is clear that Bitcoin Cash is actually following a similar trajectory, at least in terms of moving in half.

Since Bitcoin Cash first diverted from Bitcoin back in August 2017, the cryptocurrency has not yet completed its own halving. Because of this, it is impossible to retest this observation and see if any similarities have been drawn in the past. As such, it will be premature to assume that Bitcoin Cash will follow the same path that Bitcoin did twice earlier. The total market capitalization is currently $ 276.2 billion, and Bitcoin Dominance is presently 64.3%. When Bitcoin reached $ 9,800, other altcoins also continuously set a 2-digit increase.

XRP price increased to $ 0.29, Ripple unlocked 100 million XRP, what will happen next?