Bitcoin price of 2023 feel-good tale continued, with the largest cryptocurrency by market capitalization holding steady above the $21,000 highs hit in the fall. BTC was recently trading at over $21,190, up more than 1.6% in the last 24 hours despite the minimal trade characteristic of long holiday weekends. At the time of writing, BTC is changing hands at $21,063. 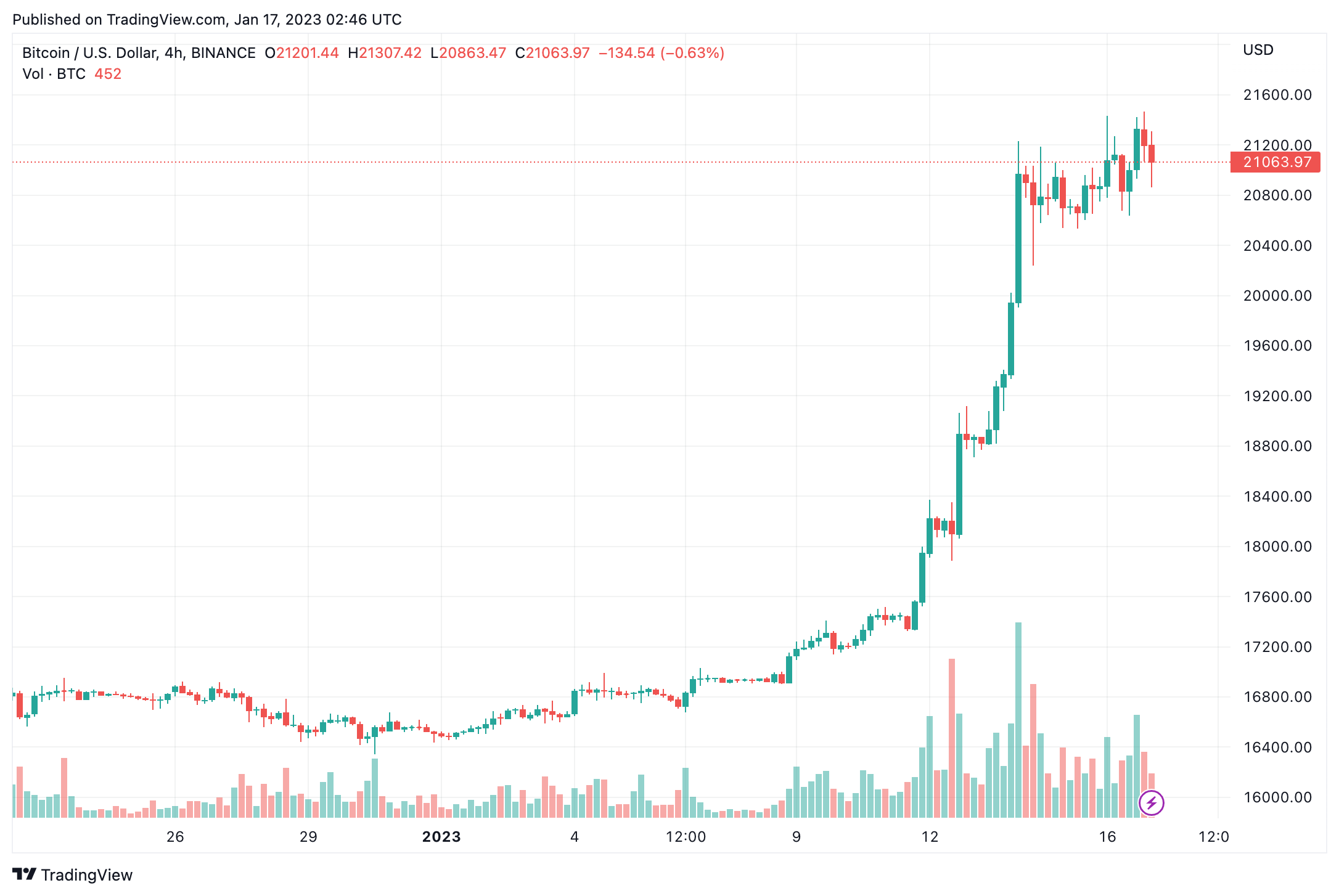 The equity markets in the United States were closed to commemorate the Martin Luther King holiday, which honors the late civil rights pioneer. Bitcoin was trading below $17,000 just over a week ago when a flurry of positive economic news, most notably a drop in the U.S. Consumer Price Index (CPI), propelled crypto and stock prices upward.

Bitcoin’s rise coincides with the intensification of debate over the United States’ debt ceiling. In a letter to party leaders on Friday, U.S. Treasury Secretary Janet Yellen urged Congress to raise the ceiling as soon as possible, warning that the government would reach a borrowing limit of more than $30 trillion on Jan. 19, forcing the agency to take special measures to manage the government’s cash flow, potentially into June.

“Are crypto markets seeing a top? Traders are behaving like they believe so, taking this opportunity to profit take while given the chance. Bitcoin is seeing its highest profit tx ratio since Feb, 2021. For Ethereum, it’s the highest since Oct, 2021”, Santiment reported. 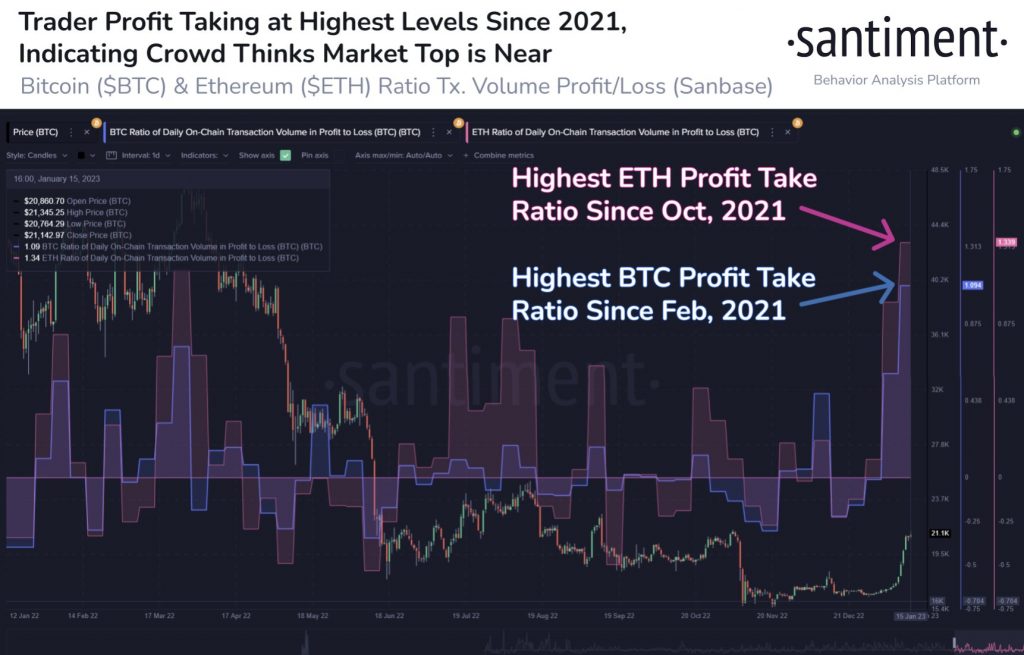 Ether was recently approaching $1,600, up about 1.5% from the same time on Sunday. This year, the market value of the second-largest cryptocurrency has increased by more than 32%.

Polygon gained 4.2% to $1.02, giving it a week-to-week gain of 20.5% in the run-up to a network hard fork anticipated for Wednesday. The V0.3.1 hard fork intends to lessen the severity of transaction price spikes and resolve chain reorganizations on the proof-of-stake network.

Solana increased 2.3% to $23.31, representing a 41.9% increase over the previous week. Solana is the best performer on the list so far for 2023, having recovered from a massive sell-off caused by the bankruptcy of the FTX exchange and connected companies that had large token holdings. Dogecoin dipped 2.7% to $0.08, the most on the list, but was still up 9.2% in the last week.

To combat inflation, the Fed hiked interest rates by 50 basis points last month to between 4.25% and 4.5%, the highest level in 15 years. The next Fed meeting is scheduled for January 31 to February 1, with CME Group analysts anticipating a 94.2% chance of a 25 basis point rise based on the most recent CPI data.