Bitcoin price is on its way to $40,000. The price increase offset a brief selling period shortly after the US Federal Reserve raised its policy interest rate by half a percentage point, the biggest increase since 2000. At the time of writing, BTC is changing hands at $39,670. 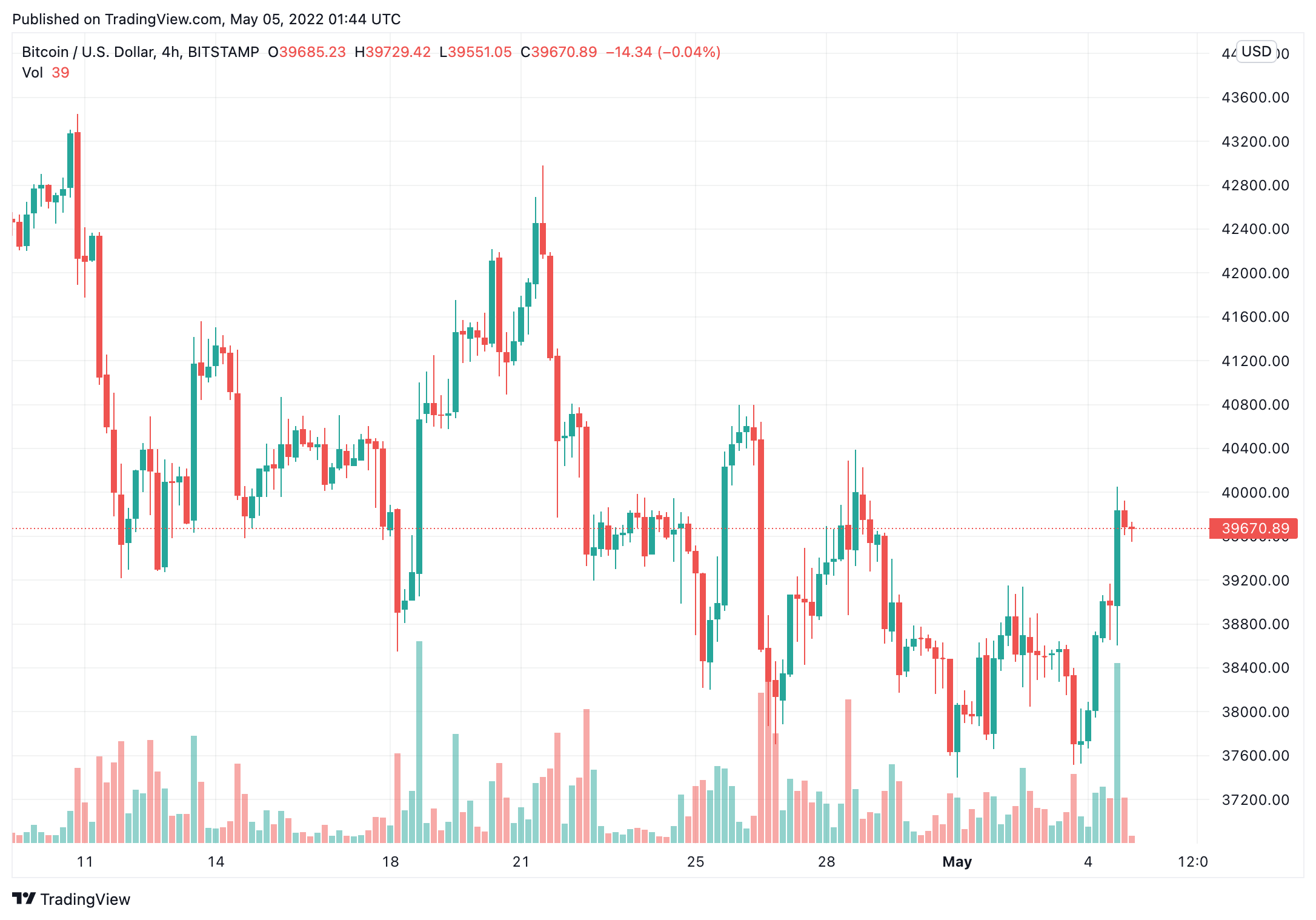 The Fed also approved plans to reduce its bond portfolio, which will ease the monetary stimulus that has contributed to the rise in speculative assets, including stocks and cryptos. The Federal Open Market Committee, which sets interest rates, stated that ongoing rate increases within the target range would be appropriate, suggesting another hike could occur at the Fed’s meeting next month, albeit likely below 0.75 percentage points as some traders expected.

“The Fed made their move as expected today, with a 50 basis point interest rate rise. Unsurprisingly, the impact shifted bullish almost immediately for crypto, just as it did after the March hike. We may have another sell the rumor buy the news scenario”, Santiment reported. 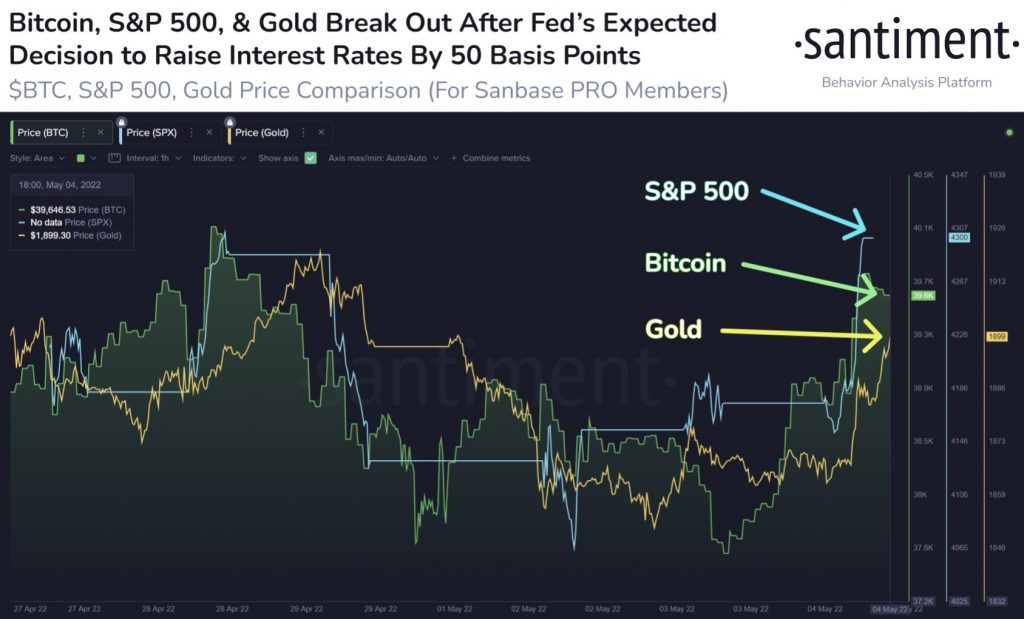 The Bitcoin Fear & Greed Index ticked lower into “Fear” territory, indicating a lower appetite for risk among crypto traders. The index has remained in “Fear” territory over the past few months, marking a decisive shift in “extreme greed” sentiment in November of last year.

An increase in trader sentiment would require a rise in BTC’s price, with a gradual increase in trading volume and volatility. Generally, high buying volumes in a positive market daily indicate bullish activity.

Ether, the second-largest crypto by market cap, was changing hands over $2,930, a 6% gain. Other significant cryptos were even more green, with ADA and AVAX rising over 16% and 11%, respectively, and SOL jumping 8%.

The overall cryptocurrency market cap stands at $1.805 trillion, and Bitcoin’s dominance rate is 41.8%.

Top 3 Altcoins to Buy Before They Explode, According to CryptoBusy