Bitcoin’s four-day surge was nice while it lasted. The largest cryptocurrency by market capitalization was recently trading just above $23,200, down more than 2% over the past 24 hours and far removed from its temporary perch of nearly $1,000 higher earlier Monday. At the time of writing, BTC is changing hands at $22,877. 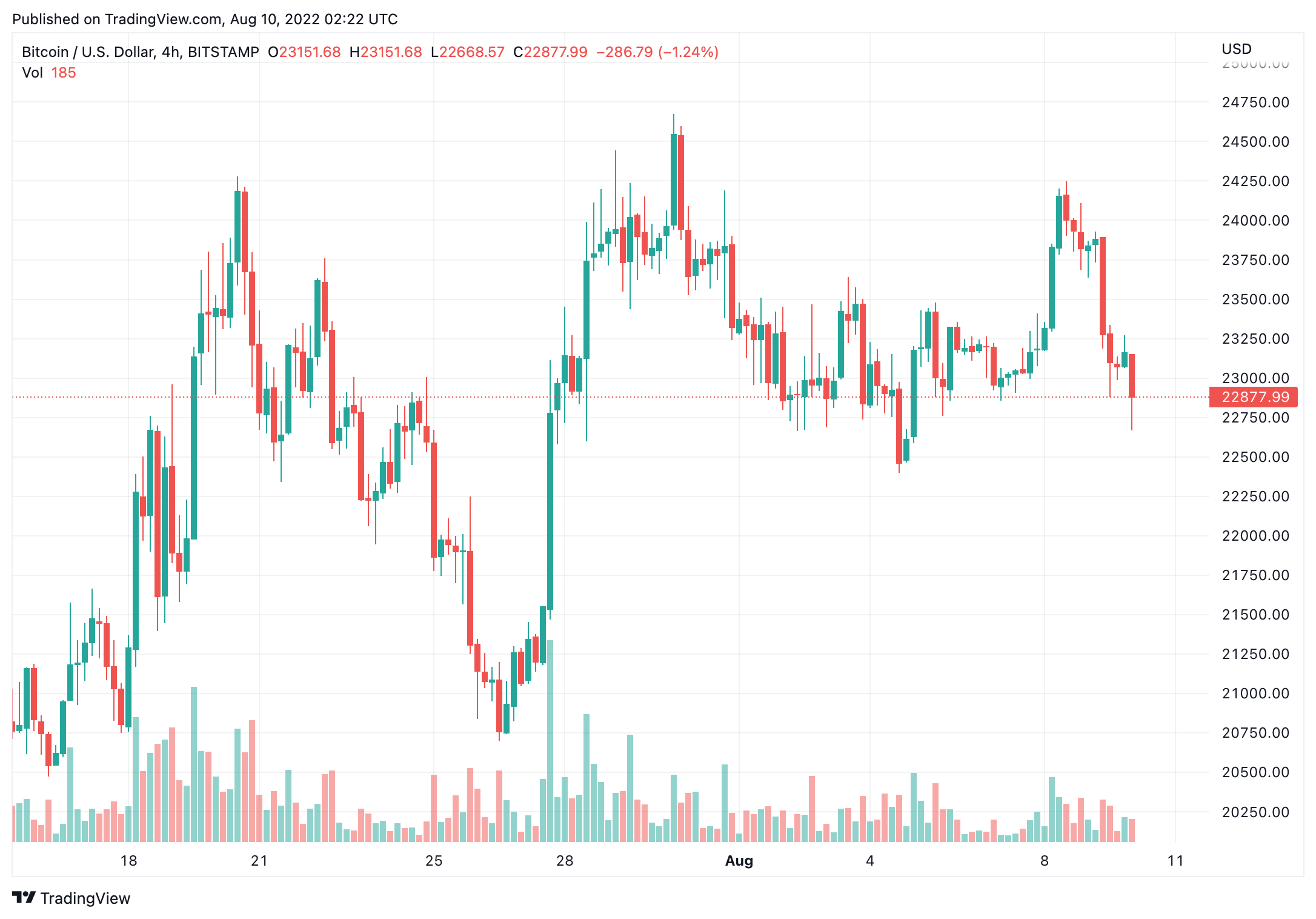 Investors are apparently hunkered down waiting for the Wednesday morning release of July’s Consumer Price Index (CPI) in the U.S. Analysts widely expect the CPI to drop to a still hefty 8.7% after hitting a four-decade high of 9.1% in June, suggesting that while inflation is slowing it remains problematic enough for the U.S. Federal Reserve (Fed) to likely approve a third consecutive 75 basis point interest rate hike.

“Throughout 2022, Bitcoin has had a tight correlation with the S&P 500. They spent the first half of the year declining before recovery began in June. Lately, $BTC has fallen behind, and historically, a smaller reliance is good for crypto long-term”, Santiment added. 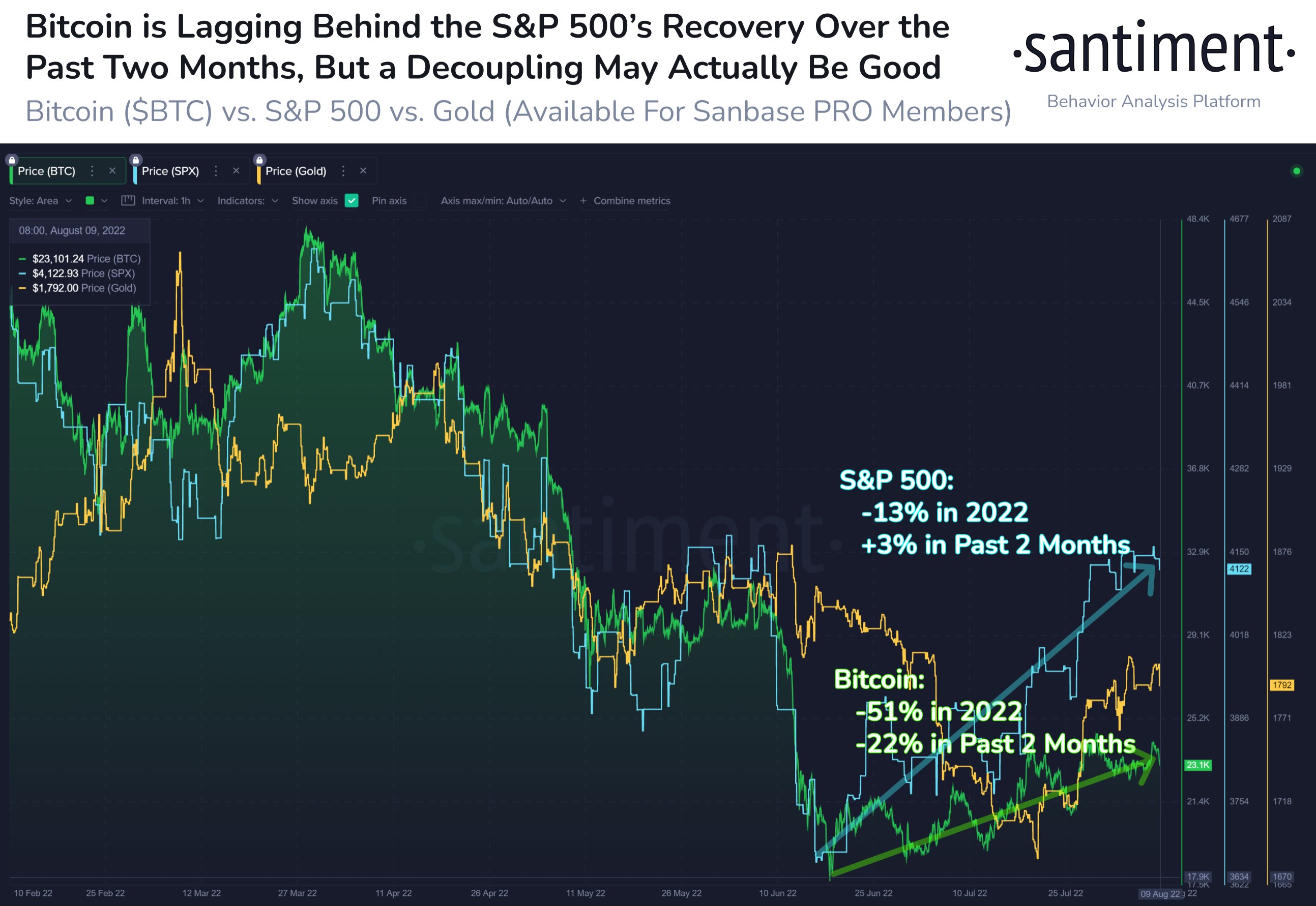 Bitcoin retreated in yesterday’s trading, falling 4%. The decline occurred on average volume, suggesting that investors lack conviction in the crypto market’s direction. From a technical perspective, BTC fell below its trendline. It will be important for traders to see if it reclaims the trendline. Volume in yesterday’s trading fell below its 20-day moving average, a signal that there is limited conviction in the move lower.  Should BTC fail to reclaim the trend, it appears to be positioned to trade in a range rather than taking a significant downturn.

“The crypto community doesn’t appear to believe in Bitcoin and other assets continuing to rise back to prosperous levels, according to the frequency of sell mentions on Twitter, Reddit, and Discord. The spike in sell interest has hit a 2-month high”, Santiment reported. 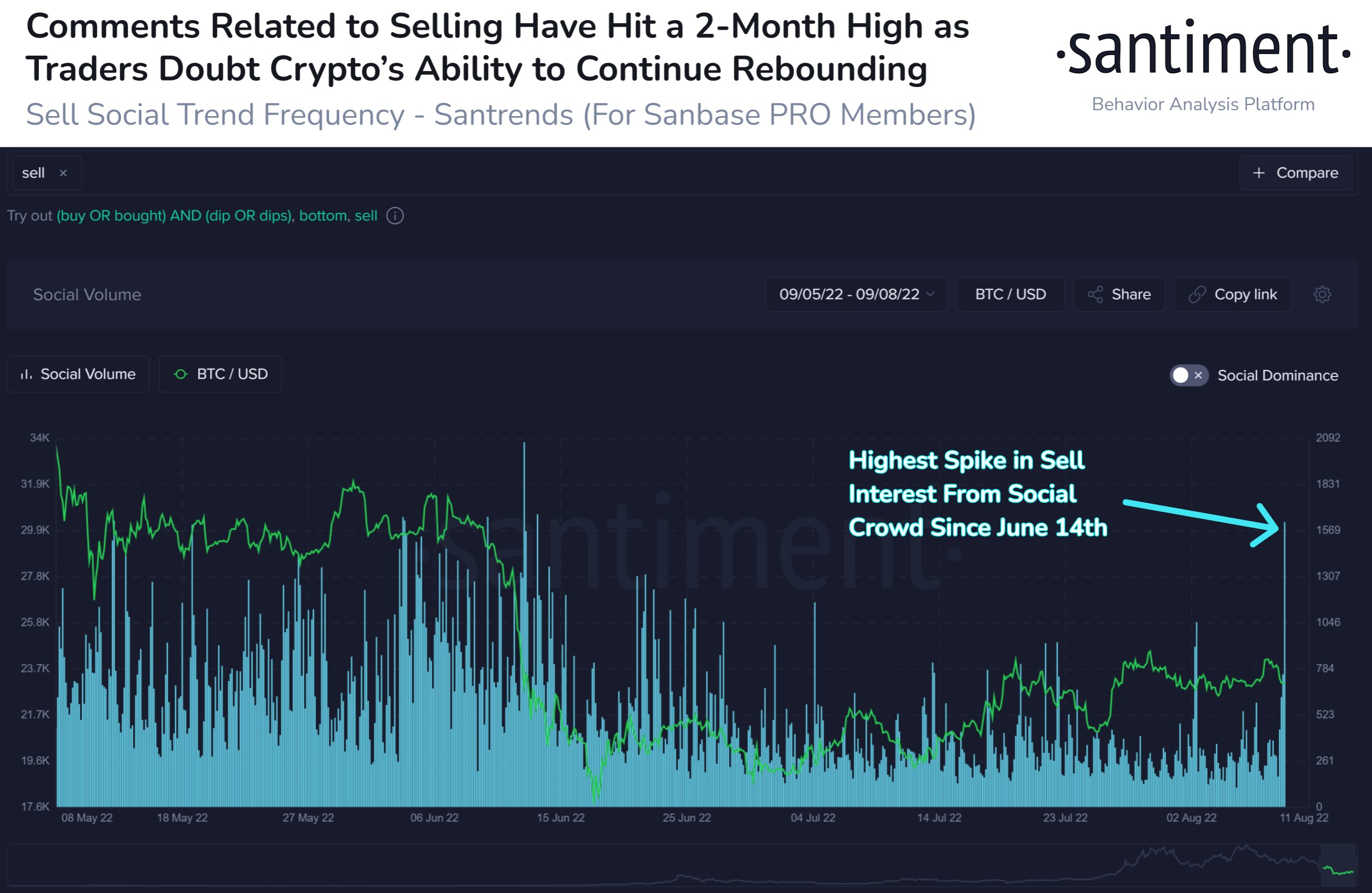 Ether, the second-largest crypto by market cap behind BTC, was recently changing hands at about $1,700, down approximately 4% from the previous day and well off a euphoric, two-month high of about $1,800. Other altcoins were well-red with FILE and KSM recently tumbling more than 11% and 9%, respectively.

The overall cryptocurrency market cap stands at $1,084 trillion, and Bitcoin’s dominance rate is 40.4%.