Four days before the U.S. Thanksgiving holiday, crypto markets decided they didn’t have much for which to be thankful. Bitcoin price was down 2.8% over the past 24 hours (UTC), although it managed to hold snugly well above its most recent $16,000 support for a 12th consecutive day. At the time of writing, BTC is changing hands at $15,997. 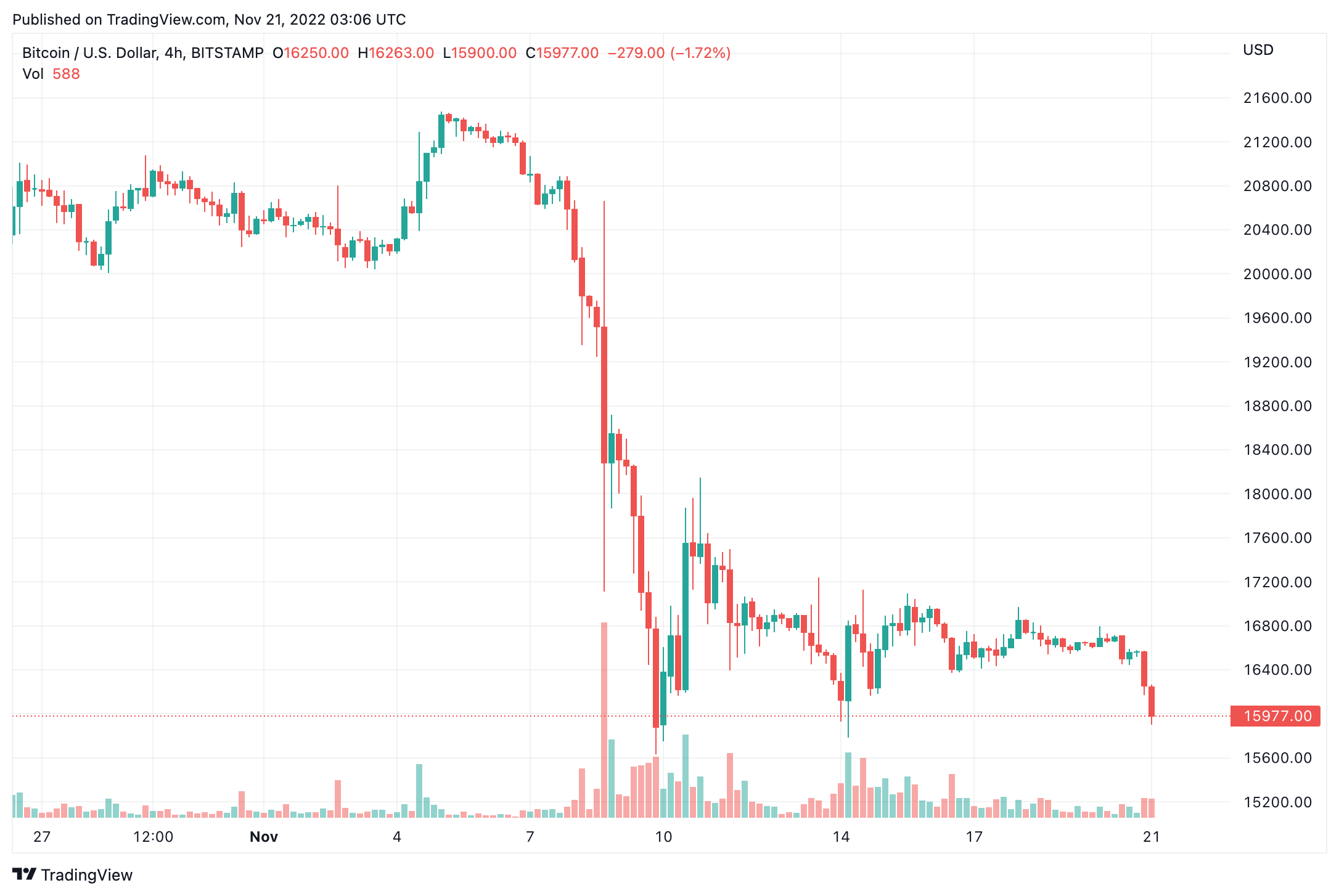 Bitcoin and Ether fell today, along with all of the top 10 non-stablecoin cryptocurrencies by market capitalization. Except for XRP, all the top 10 also lost ground over the last seven days as more details emerged about the failure of the FTX exchange. In addition, FTX appealed to other exchanges to help track the hacker who stole an estimated $600 million from the Bahamas-based exchange and began moving the funds into other tokens.

By Tuesday, the address associated with the FTX hack held at least 228,523.83 Ether, making it the 35th largest Ethereum holder in the world. On Sunday, the hacker began exchanging the Ether into Ren Bitcoin (renBTC), a token representing Bitcoin on other blockchains, after moving some of the Ether to a new wallet. FTX called on other exchanges to assist in returning the funds via Twitter on Monday morning, which it described as “certain funds transferred from FTX Global and related debtors without authorization.” The funds in question left the exchange on Nov. 12, or the day after it filed for Chapter 11 bankruptcy in the U.S.

Other major cryptos dove deeply into the red, with sports fan coin CHZ plunging more than 14%. CHZ and fan tokens for national soccer teams had been on an upswing recently amid euphoria for the World Cup, which kicked off Sunday with Ecuador defeating the host nation Qatar.