Bitcoin price and many cryptocurrencies have just had an impressive reversal after a bloody correction since the beginning of the week. At press time, Bitcoin recorded a price of $ 37,307, recording a near 13% gain over the past 24 hours. 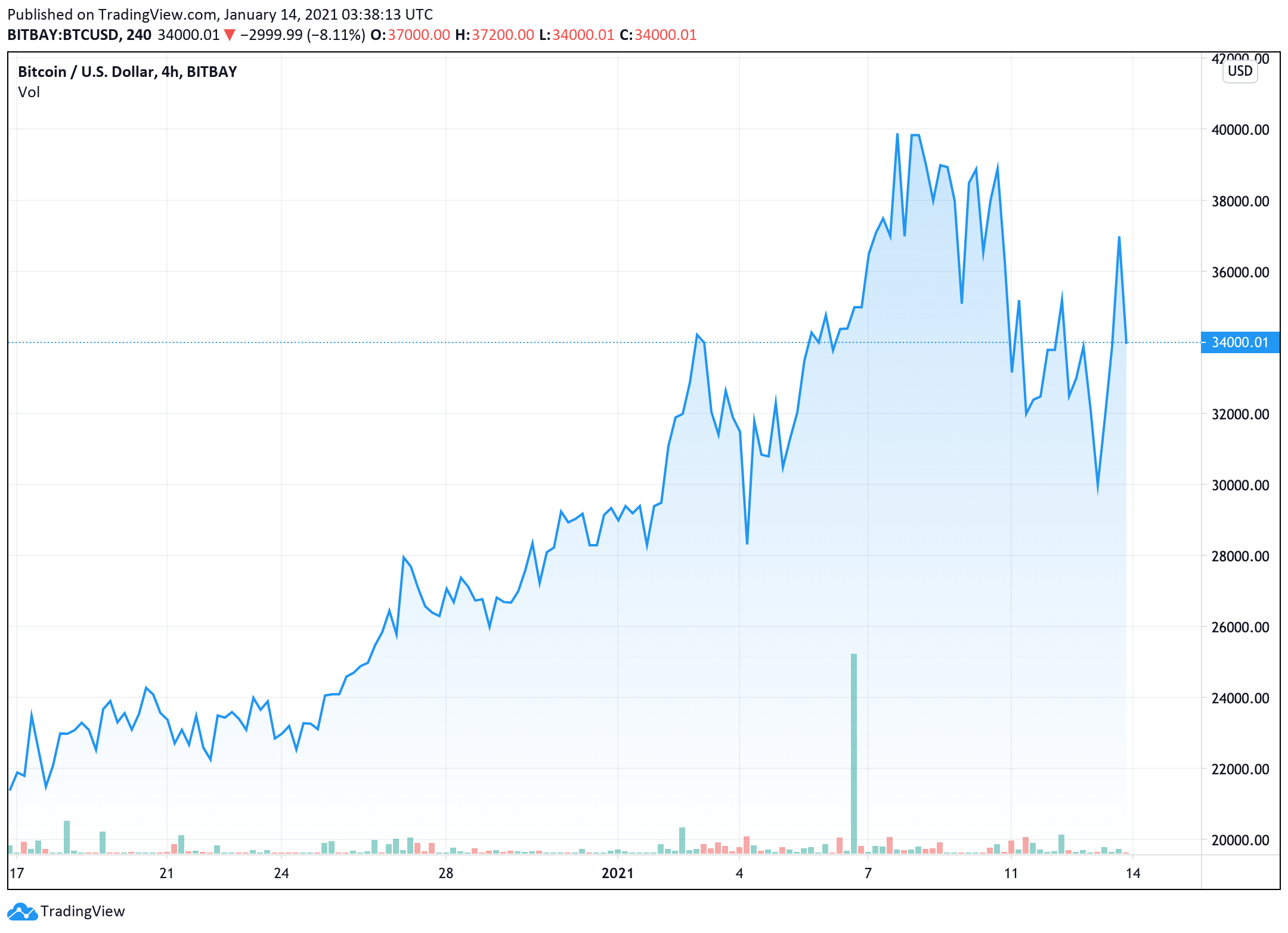 The bulls are back, Bitcoin price has skyrocketed by over 10% in the past 24 hours

It is not clear why Bitcoin has returned after a series of “bloody” declines. However, CryptoQuant CEO Ki Young Ju contends that institutions that have poured money into Bitcoin will prevent BTC from falling below $ 30,000. According to Ju, when Bitcoin was trading in the $ 28,000 – $ 30,000 range, there was a massive buy from institutional investors on crypto exchange Coinbase.

There are many institutional investors who bought $BTC at the 30-32k level. The Coinbase outflow on Jan 2nd was a three-year high.

Speculative guess, but if these guys are behind this bull-run, they’ll protect the 30k level. Even if we have a dip, it wouldn’t go down below 28k. pic.twitter.com/3GXLpjyWbp

Bitcoin is a cryptocurrency with great price fluctuations. In 2020, cryptocurrencies have grown by 300%, becoming the fastest-growing asset. Interest in Bitcoin surged as institutional investors started buying in large volumes.