Bitcoin price wasn’t going anywhere fast. The largest cryptocurrency was up slightly but still trading around $30,000 and about midway in the two thousand dollar range that it’s occupied for almost two weeks since the crash of the UST stablecoin. Near the time of publication, Bitcoin was trading at about $30,044, a 3% gain. 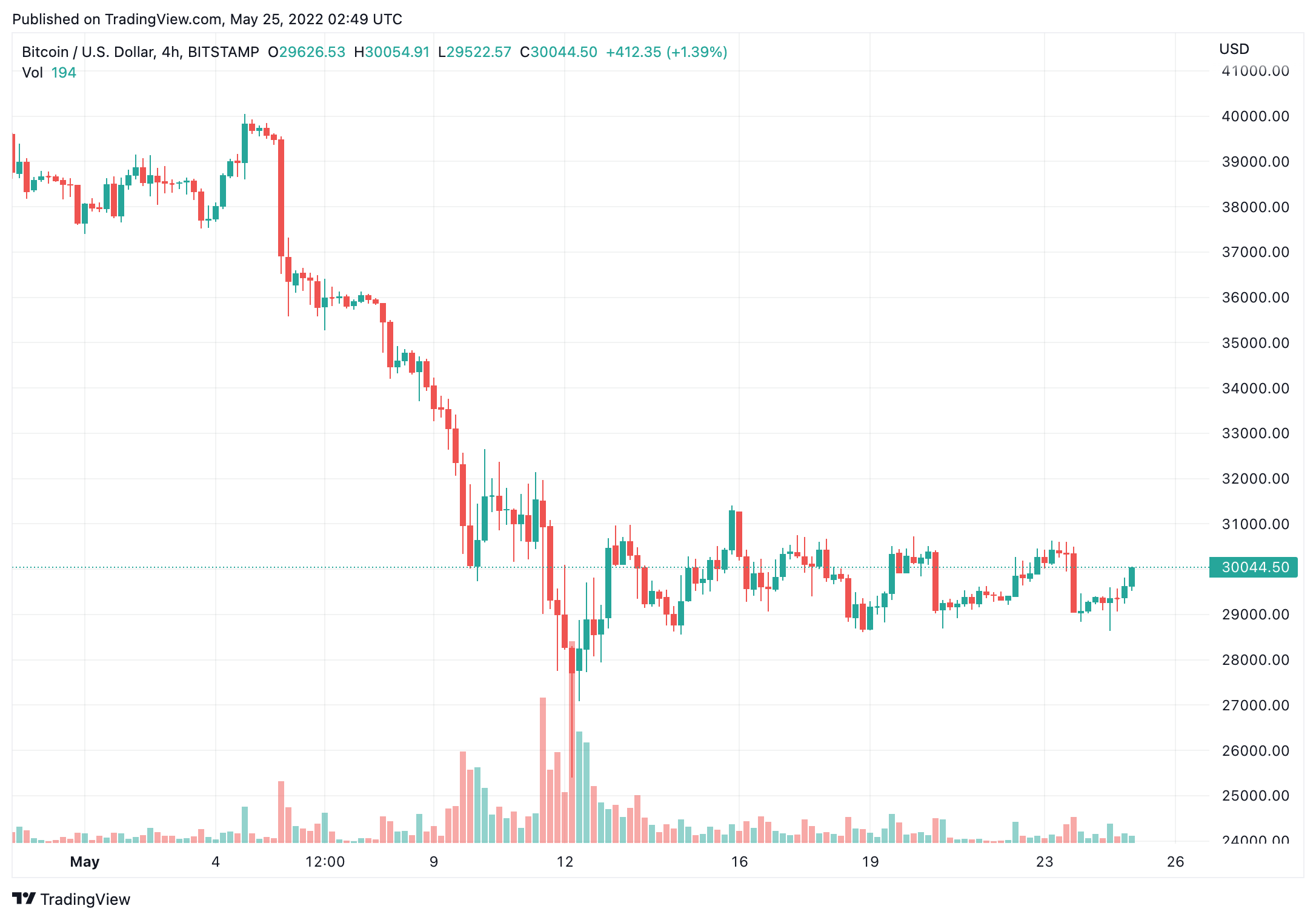 Bitcoin is in the danger zone as sentiment for risky assets has fallen off a cliff. It continues to trade in a tight range, struggling to make a decisive break above or below $30,000. The cryptocurrency found support at around $27,500, which has stabilized price action over the past week. The daily chart’s relative strength index (RSI) is rising from oversold levels but remains capped below the 50 neutral mark. A move above 50 in the daily RSI would confirm a brief recovery in price. For now, the upside appears to be limited, initially toward the $33,000-$35,000 resistance zone.

Momentum signals improve on the daily chart but remain negative on the weekly and monthly charts. That could increase the risk of a breakdown in price, similar to what occurred earlier this month. 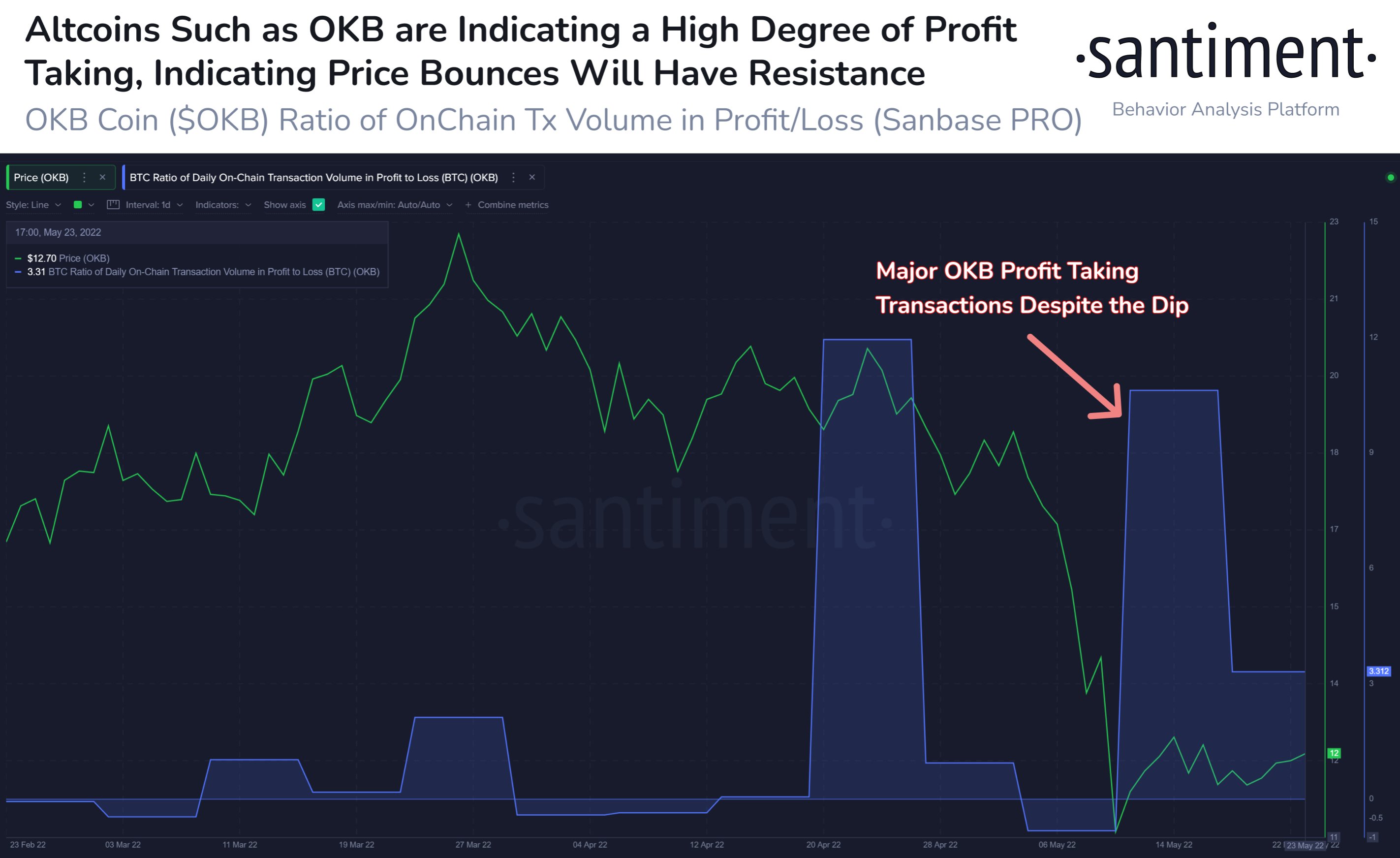 Altcoins also rallied late to hit green, albeit not by much, as investors gripped tightly to their risk-averse bearishness. Ether, the second-largest crypto by market cap, was recently up less than a percentage point, while XRP, SOL, and SHIB rose over 1%. Bitcoin’s price has dropped for eight consecutive weeks.

With the implosion of the Terra ecosystem, many layer 1s have been hit hard: Solana is down 50% during the last month, Avalanche is down 60% during the same period, and Polygon lost just over 53% of its value. While Terra’s collapse leaves many with existential questions about the future of crypto and DeFi as an investment vehicle, traders appear to be preparing to return to altcoins, with data suggesting that Bitcoin’s dominance might be short-lived.

The overall cryptocurrency market cap stands at $1.284 trillion, and Bitcoin’s dominance rate is 44.6%.