Bitcoin price reclaimed $24,000 after falling earlier in the day. The largest cryptocurrency by market capitalization was recently trading sideways and just over this threshold. Bitcoin rose 3% over the last week, continuing recent momentum. At the time of writing, BTC is changing hands at $24,574. 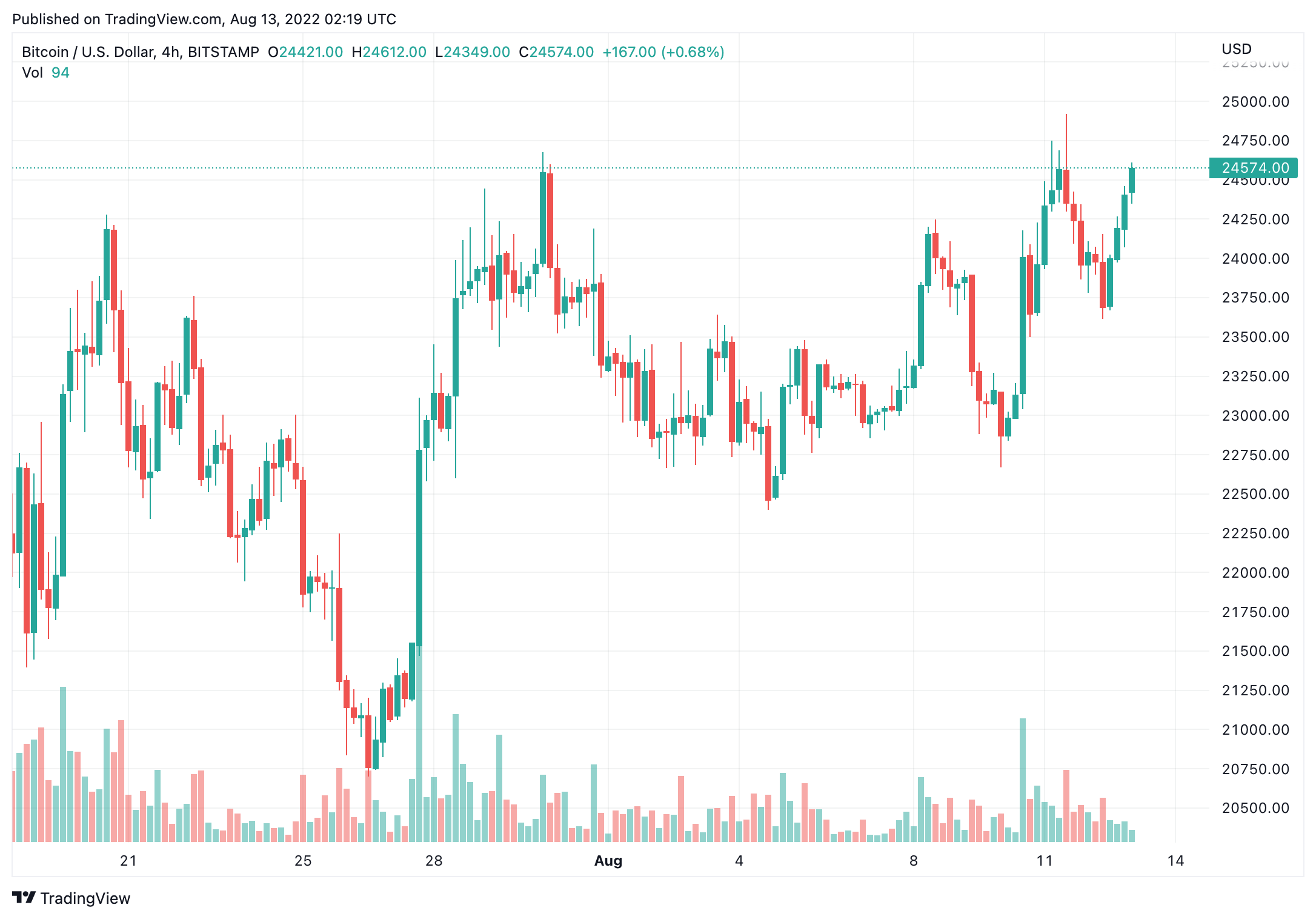 BTC’s weekly chart illustrates a continuing trend higher for bitcoin. After sliding 42% between March 28 and June 27, the price has increased 25% to above $24,000, albeit with a few switchbacks. A spike in volume starting June 13 implied that sellers were increasingly motivated to exit BTC positions. A question for investors is whether the selling pressure was based on the perceived value of bitcoin or driven by market-wide contagion, leading to forced selling.

Ethereum price flashed recovery over the last 24 hours after it witnessed consolidation at the $1,800 price mark. Over the last week, ETH logged a 20% appreciation. It has been a bullish week for the king altcoin. The last time the altcoin traded around this price level was almost two months ago.

It had failed to topple over the $1,900 zone and had retraced shortly after that. The robust support line for Ethereum price was at $1,600. Ethereum price could possibly witness a sharp change once the Ethereum Merge goes live next month.

“Ethereum’s +80% price increase has gained the most attention of any asset over the past 30 days, but altcoins, in general, have been in a great place since late June. There isn’t major euphoria happening, either, which is a sign things can continue”, Santiment reported. 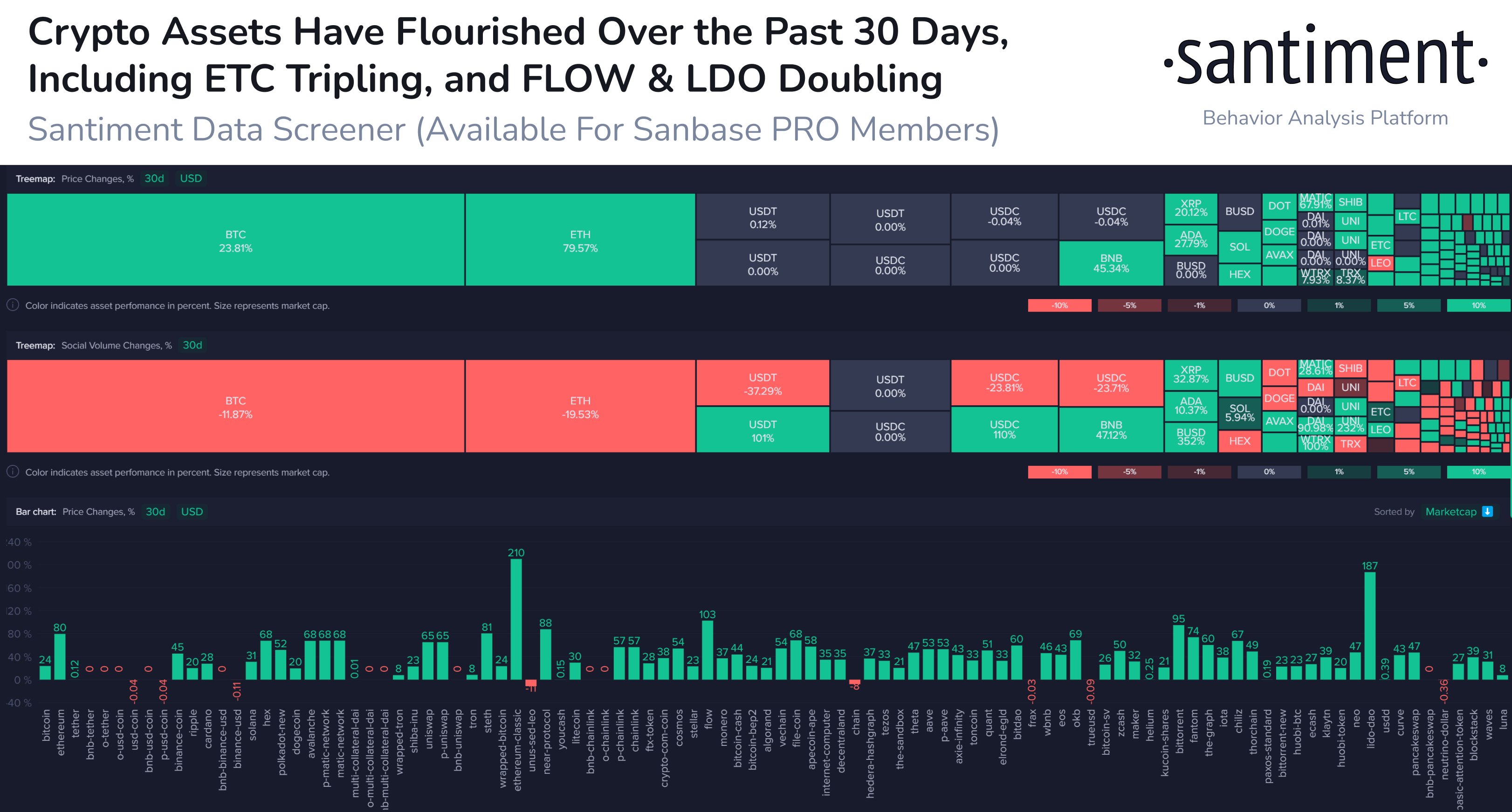 This year, BTC and ETH have fallen 50% and 48%, respectively, and have been tightly correlated with each other. Correlation coefficients range between 1 and -1, with the former indicating a direct relationship, while the latter implies a completely inverse relationship.

The overall cryptocurrency market cap stands at $1,171 trillion, and Bitcoin’s dominance rate is 40%.

2.3% of Shiba Inu (SHIB) circulation supply is being held by 1,000 biggest ETH holders

It won’t matter at what price you bought Bitcoin if price surges to $300,000