Bitcoin price plummeted more than $ 2,000, leading to the plunge of large-cap cryptocurrencies 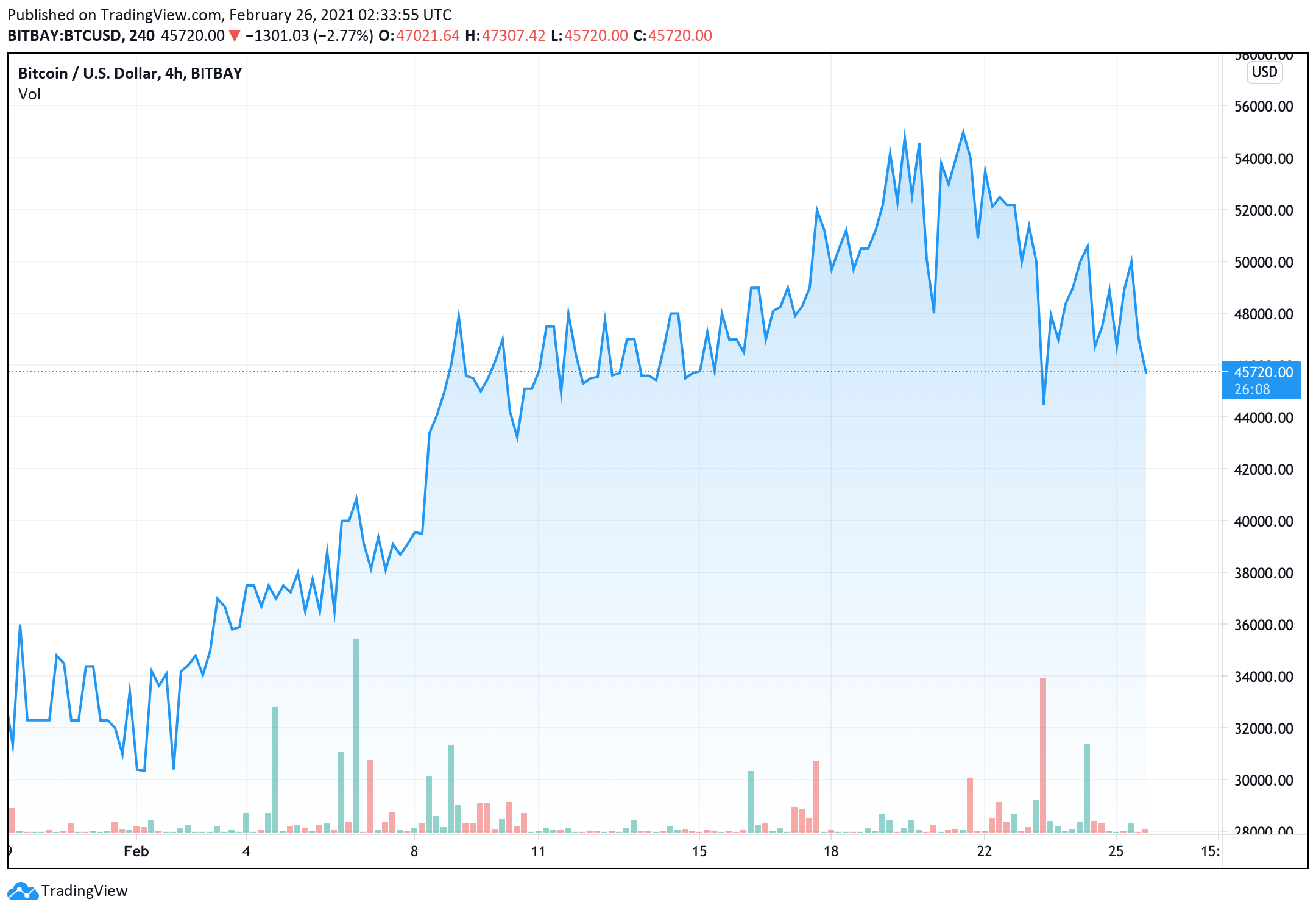 According to CoinMarketCap, Bitcoin transactions during the period above were $ 54.3 billion, market capitalization recorded at $ 901.6 billion, down nearly $ 23 billion from the same period yesterday.

Bitcoin has continuously fluctuated up and down in the past few days. From a high of above $ 58,000, Bitcoin suddenly turned back and fell, causing many investors to fail. Currently, the price trend is not clear in the context of large fluctuations.

BoK Governor Lee Ju-yeol recently made a negative statement about Bitcoin. Accordingly, Mr. Lee Ju-yeol said that digital currencies like Bitcoin have no intrinsic value and it is expected that the price volatility of these cryptocurrencies will be even stronger soon.

Lee also said that it is difficult to predict Bitcoin’s price, but the price of the coin will certainly be extremely volatile.

According to Lee, the recent rise in Bitcoin price could be the result of many factors, including Telsa Inc buying a large amount of the coin and several institutional investors planning to use the digital currency. as a guaranteed investment channel.