Bitcoin price over recent days has been impressive, but even more so is that of gold

If comparing Bitcoin – Gold as a better store of value, both really had a pretty good week. Bitcoin price, Ethereum, and other cryptocurrencies saw a price increase over the weekend, but none of the top currencies hit a record of all time. Meanwhile, for the first time in more than nine years, an ounce of gold costs more than $ 1,900 – a huge accomplishment after the first half of the year that surged by about 25%. With this growth, many have argued that it will be beneficial for Bitcoin. 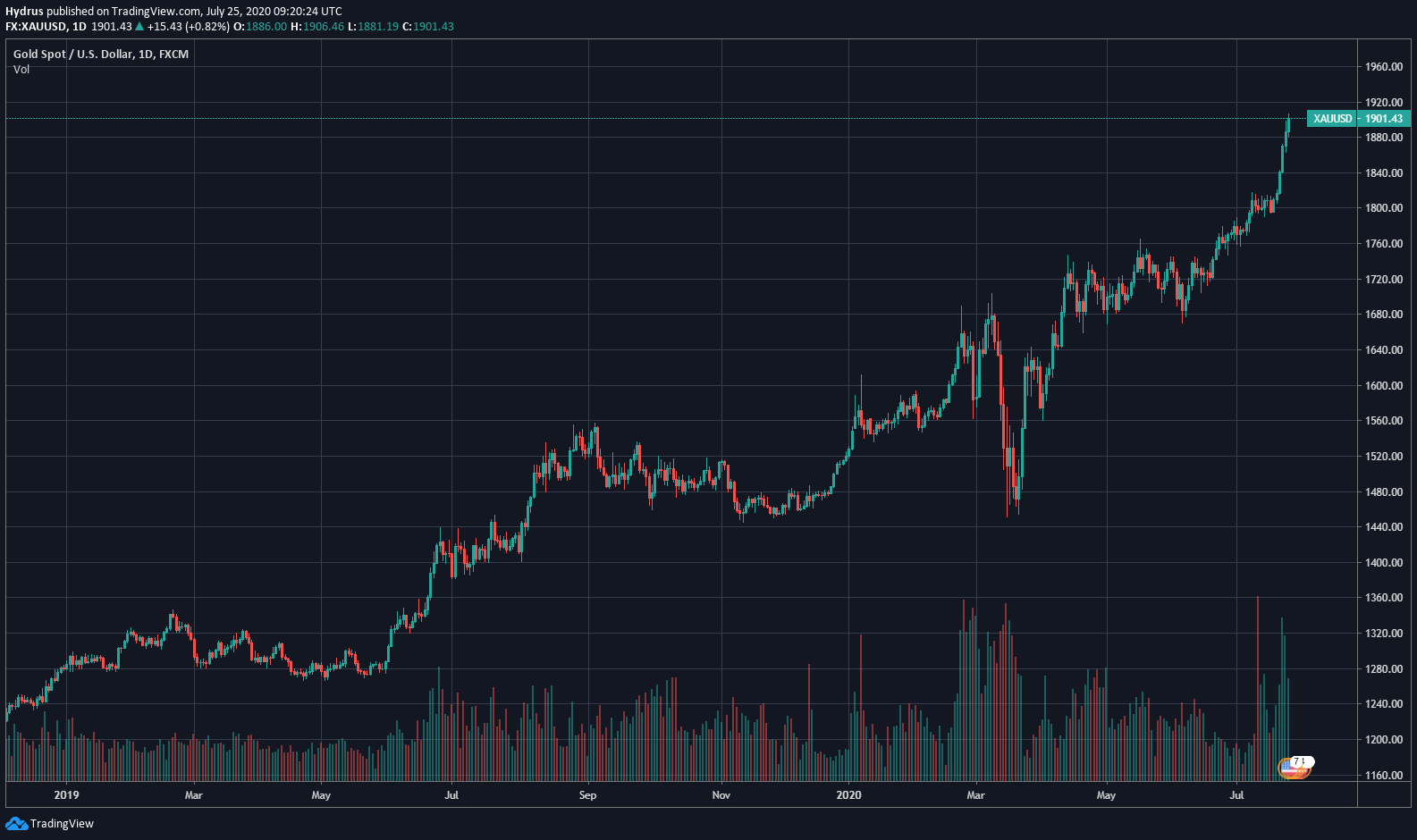 Bitcoin price, Ethereum, and other cryptocurrencies also saw rallies this week as gold

Like nearly all commodities, both gold and Bitcoin took an immediate and significant boost in March in the stock market crash, due to market uncertainty due to the COVID- 19 cause. However, both have finally seen profits since the beginning of the year, as continued economic volatility has pushed investors toward more stable assets.

By the end of June, the price of Bitcoin increased by more than 100% compared to the price of gold in the first six months of the year, with Bitcoin growing 32% and gold accounting for 16%. Gold has continued to rise in recent weeks, however, has reached a nine-year high earlier this month and growing steadily following Friday’s new all-time high.

Mark Mobius, the co-founder at Mobius Capital Partners, recently told Bloomberg that natural gold is an attractive vehicle in the ongoing macroeconomic environment:

“When interest rates are zero or near zero, then gold is an attractive medium to have because you don’t have to worry about not getting interested on your gold and you see the gold price will rise as uncertainty in the markets is rising… I would be buying now and continue to buy.”

“I believe gold is the safer short-term investment, even if Bitcoin may ultimately provide more substantial long-term returns. Bitcoin is among the core holdings of mine, and I think we are early in this cycle. My sense is that Bitcoin way outperforms gold, but I would tell people to hold a lot less than they do gold. Just because of the volatility. ”

“The macro set up is so perfect right now for something like gold. Central banks just keep printing out more money, so gold is going to take out the old highs of $ 1,950 and just keep on going. We are just starting this. ”

If Novogratz’s insight continues to be noticed, we can see the gold blast pass $ 1,900 next week and continue to climb. Will Bitcoin see similar growth after this week’s rally?

Ripple director of product rolling out the beta version of Payburner, an XRP-based e-commerce payment platform