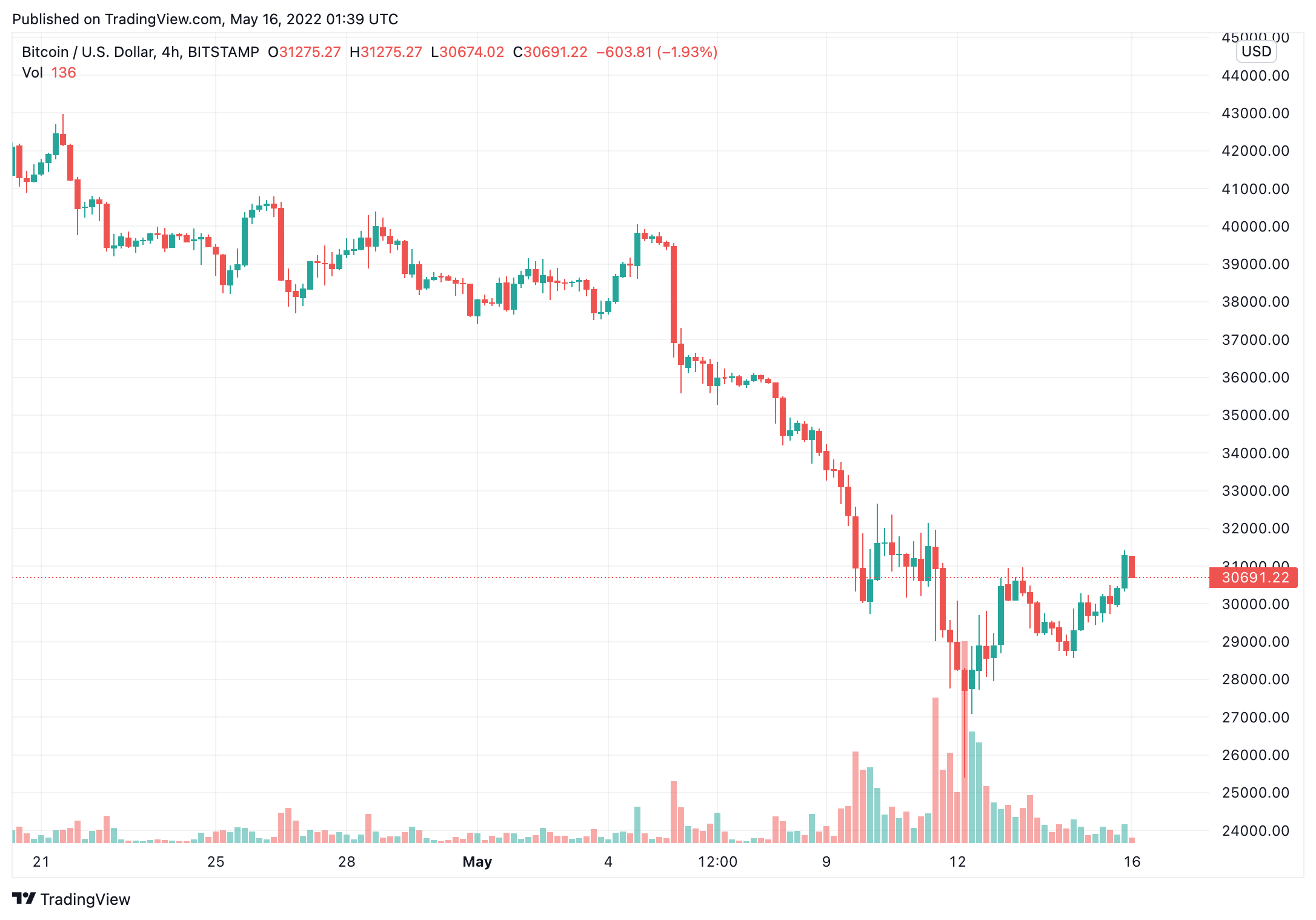 BTC bounced toward $30,000 as buyers reacted to oversold conditions. Still, any upside appears to be limited, and the cryptocurrency could face resistance at $33,000 and $35,000. Momentum signals remain negative on the daily, weekly, and monthly charts, which typically leads to a period of low or negative returns. Further, BTC is on track for its first-ever consecutive seven-week decline. That’s also a sign of negative price momentum.

BTC is approaching lower support near its 200-week moving average, which is now at $21,800. Immediate support is between $27,000 and $30,000, which could stabilize price action over the next few days. Also, short-term countertrend signals appeared on the charts, which typically led to a brief price bounce.

The weekly chart’s Relative Strength Index (RSI) is the most oversold since March 2020, although strong resistance and negative momentum suggest limited upside over the next few months.

As comebacks go, it wasn’t much. But Bitcoin will take what it can get at this point. So will other cryptos hammered last week by the toxic mix of geopolitical unrest, rising interest rates, recessionary fears and the implosion of the terraUSD (UST) stablecoin and the LUNA token that backs it.

Ether, the second-largest crypto by market cap, was recently up similarly and changing hands at about $2,100 after earlier in the week, dropping below $1,800 for the first time in two months. Most major altcoins spent Sunday well in the green, recovering some of the ground they lost last week as the crypto market cap tumbled by $300 billion. SOL rose more than 10% at one point, although its $55 price was down from over $70 at the start of the week. ADA, AVAX, and AXS posted increases ranging between 9% and 11%. BCH was among the few losers.

As the week closed in Asia, LUNA and UST were de-listed from most exchanges as the Terra blockchain was halted for nine hours (currently resumed), and the market seemed to reject a recovery plan.

Terraform Labs, the Singapore-registered company behind the Terra protocol doesn’t have a permanent office. The Singapore address it provides is a registration agent, home to hundreds of Singaporean companies. Its offices are rented co-working spaces worldwide; like many Web 3 startups, there’s no formal headquarters. The only assets the company has are from the Luna Foundation Guard. This non-profit organization, also registered in Singapore and overseen by Do Kwon, controls the wallets supporting the UST peg during times of extreme volatility. The majority of these wallets are now empty, with the only thing of value remaining being the approximately $69 million in avalanche token (AVAX).

The overall cryptocurrency market cap stands at $1.323 trillion, and Bitcoin’s dominance rate is 44.5%.