After a few days of severe price drops, the cryptocurrency market is in a state of recovery today with Bitcoin price rising from $ 10,300 to nearly $ 10,800, while Ethereum is trading above $ 340. 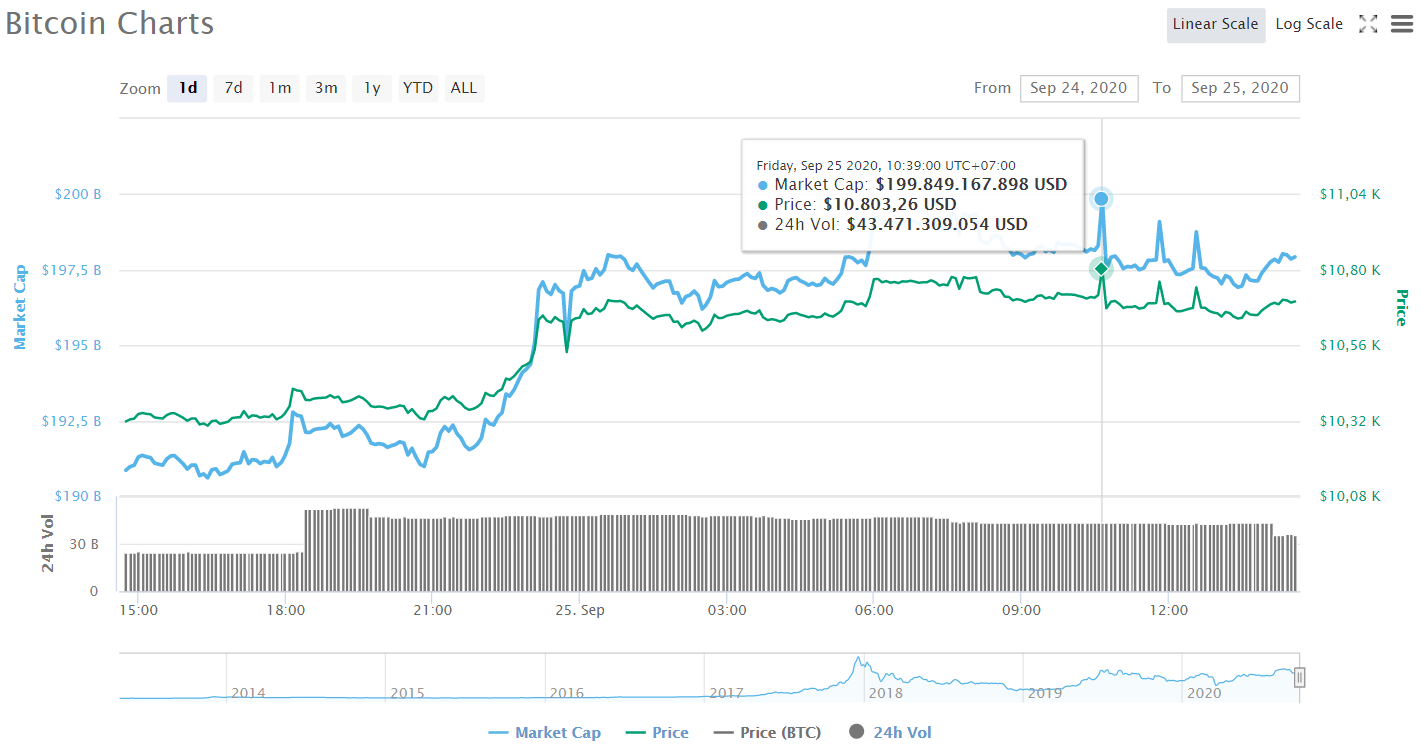 Bitcoin price leads the recovery phase with a 4% increase

Bitcoin’s upside movement is significantly more impressive than the stock markets. While BTC is up by about 4%, the S&P 500, the Nasdaq Composite, and the Dow Jones Industrial Average closed yesterday’s trading session with an increase of about 0.3%. However, BTC’s correlation with gold continues to be evident. The precious metal went from its daily bottom of $ 1,845 per ounce to an intraday high of $ 1,878 and has declined slightly to $ 1,870.

Over the past few days, most altcoins have plummeted, and their market cap plummeted from around $ 150 billion to $ 130 billion. However, in the past 24 hours, most of the Altcoins have bounced up, thus increasing the altcoin market cap to $ 139 billion. 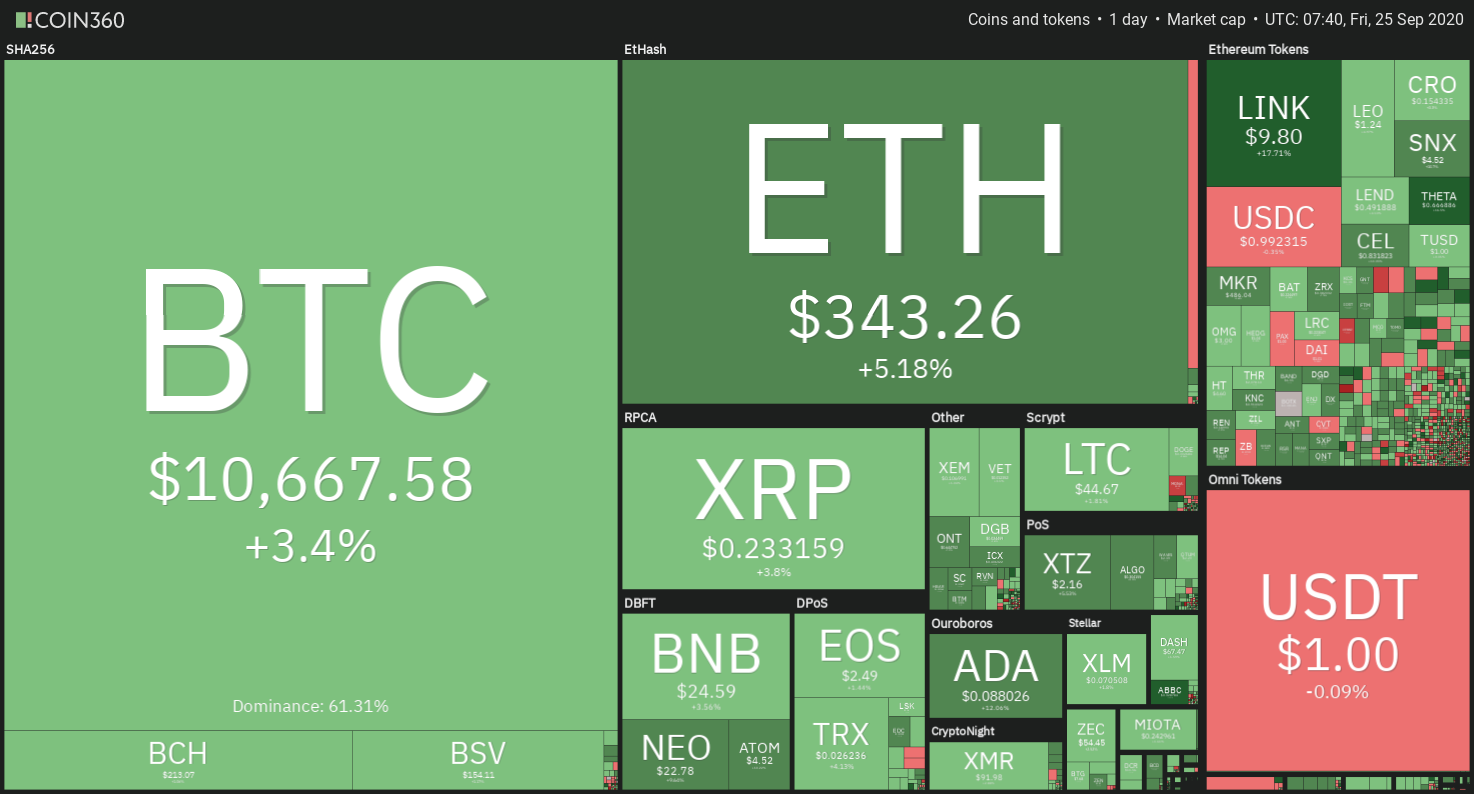 The extra gain is evident from lower cap altcoins. Avalanche leads with a 23% gain, Synthetix Network Token (19%), ABBC Coin (18%), and Helium (18%) finish the top 4. It is worth noting that HNT has made it into the top 100 after being listed on leading cryptocurrency exchange Binance.

Some of the biggest crypto wallets in the world, owned by unknown entities called whales, are moving millions in BTC, ETH, and XRP as the markets recover. Traders on the exchange Binance, in particular, appear to be involved in numerous high-value Bitcoin transactions in the past day.

Wallets on the exchange sent two identical 3,500 BTC transactions – each worth almost $36 million – to two separate unknown wallets, according to the crypto tracker Whale Alert. A third transaction sent 3,405 BTC worth more than $35 million to another wallet of unknown origin.

Bitcoin’s relevance as an investable asset grows because of its scarcity. Speculators look at the cryptocurrency as their backup plan against the US dollar’s long-term bearish outlook. A majority of them are retail traders/investors whose savings have gone down due to the unlimited supply of the greenback. The same trend is brewing after this year’s COVID pandemic. As the economic recovery slows down to dangerous levels, the Federal Reserve has committed to maintain ultralow lending rates and raise their inflation targets beyond their 2% benchmark.

The fundamentals ensure the US dollar will find it difficult to break above its purple resistance trendline in the months ahead. Meanwhile, flight to safety into Bitcoin could help it continue its long-term uptrend.